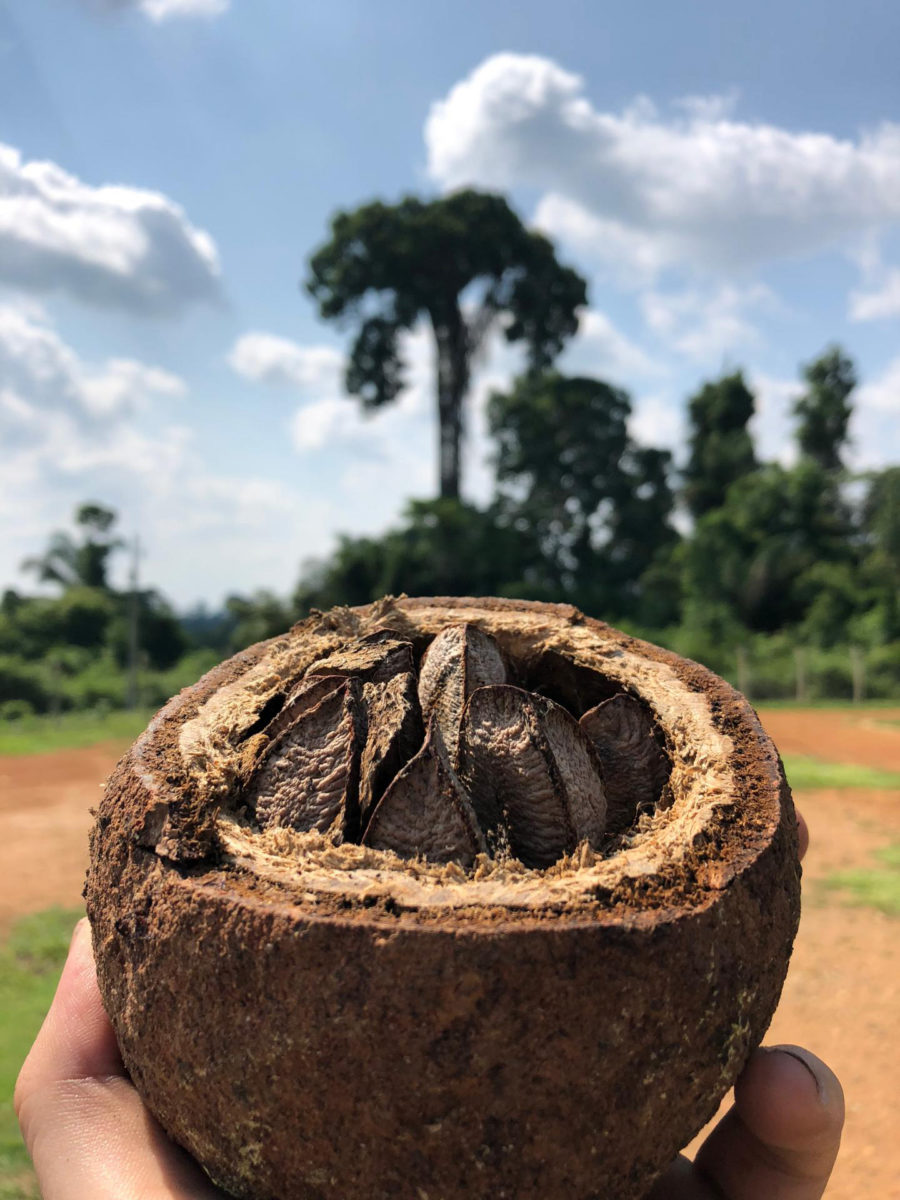 Study led by scientists from the National Institute for Amazonian Research

In a new paper published in PLOS ONE, an international team of scientists reports the combined use of dendrochronology and historical survey to investigate the effects of societal and demographic changes on forest disturbances and growth dynamics in a neotropical tree species, the Brazil nut tree. The study, led by scientists from the National Institute for Amazonian Research, alongside colleagues from the Max Planck Institute for the Science of Human History, shows the influence of human populations and their management practices on the domestication of rainforest landscapes. The researchers used non-destructive sampling, in which small samples are removed from the bark to the center of the trees, and compared tree-ring data from cores of 67 trees. This is the first study of human influence on the growth of trees that extends as far back as 400 years, to pre-colonial times in that region of Brazil. This work also reinforces that pre-colonial populations left important imprints in the Amazon, contributing to changing forest structure and resources through time.

Until recently, forests in the Amazon Basin have often been argued to be “pristine” or the site of only small-scale human occupation and use prior to the arrival of European explorers in the 16th century. However, recent archaeobotanical, archaeological, palaeoenvironmental, and ecological research has highlighted extensive and diverse evidence for plant domestication, plant dispersal, forest management, and landscape alteration by pre-Columbian societies.

Nevertheless, human management of tropical forests has undergone a number of drastic changes with the rise of global industrialized societies. Many economically important trees dominate modern Amazonian forests, some of which have undergone domestication processes. Therefore, understanding the changes in forest management witnessed by Amazonian forests over the course of the last centuries has significant implications for ongoing human interaction with these threatened ecosystems.

“The results of this study demonstrate that Brazil nut tree growth reflects human occupation intensity and management. This is one more step to understanding the crucial interactions that led the Amazon forest to be the dynamic, humanized landscape it is today”, says Victor Caetano Andrade, lead author of the study, of the Max Planck Institute for the Science of Human History.

A history recorded in rings

Recently, dendroecological studies have emerged as a promising avenue for the investigation of changes in the environment in tropical forests. These studies evaluate the rings formed annually in some tree species to obtain information on their age and annual growth, as is the case with the Brazil nut tree. Patterns of establishment and abrupt changes in tree growth, which are visible in a tree’s rings, provide insights into past local environmental conditions. In the current study, the researchers worked in an area of Central Amazonia near Manaus with high Brazil nut tree density, known locally as castanhais. Through non-destructive sampling, in which small samples are removed from the bark to the center of the trees, they compared tree-ring data from cores of 67 trees with the available historical information on the political, economic, and human demographic changes in the region over the last 400 years.

Indigenous and colonial: a change in the way of living with the forest

Based on their interpretation of the tree rings, the researchers were able to construct a picture of the life-histories of these nut trees and how they correlate with pre- and post-colonial human forest management. The management of trees in Amazon forest often involves practices that include the clearance of the understory, opening of the forest canopy, cutting down woody vining plants, and active protection of individuals. The researchers undertook the study hoping to find evidence of these practices in tree rings.

The researchers gathered historical information about the Mura indigenous people, who inhabited the region before the establishment of the Portuguese colonial administration and witnessed their own population decline from the 18th century onwards, followed by the emergence of a new post-colonial society. During the transition between Indigenous population decline and the expansion of a post-colonial political center (the city of Manaus), human population was low, coinciding with a period during which no new trees were established in the region.

This gap in the establishment of new trees suggests that there was an interruption of indigenous management practices likely due to population collapse, as in many other pre-Columbian societies. A later period of renewed tree establishment, also associated with changes in growth rates of existing trees, aligns with a shift to modern exploitation of the forest in the late 19th and 20th century.

Understanding how forest management has changed following the arrival of European colonists and the rise of industrial powers over the course of the past centuries has implications for the future of sustainable forestry and conservation in Amazonia. “Our findings shed light on how past histories of human-forest interactions can be revealed by the growth rings of trees in Amazonia,” explains Caetano Andrade. “Future interdisciplinary analysis of these trees, including the use of genetics and isotopes, should enable more detailed investigations into how human forest management has changed in this part of the world, through pre-colonial, colonial, and industrial periods of human activity, with potential implications for conservation.”