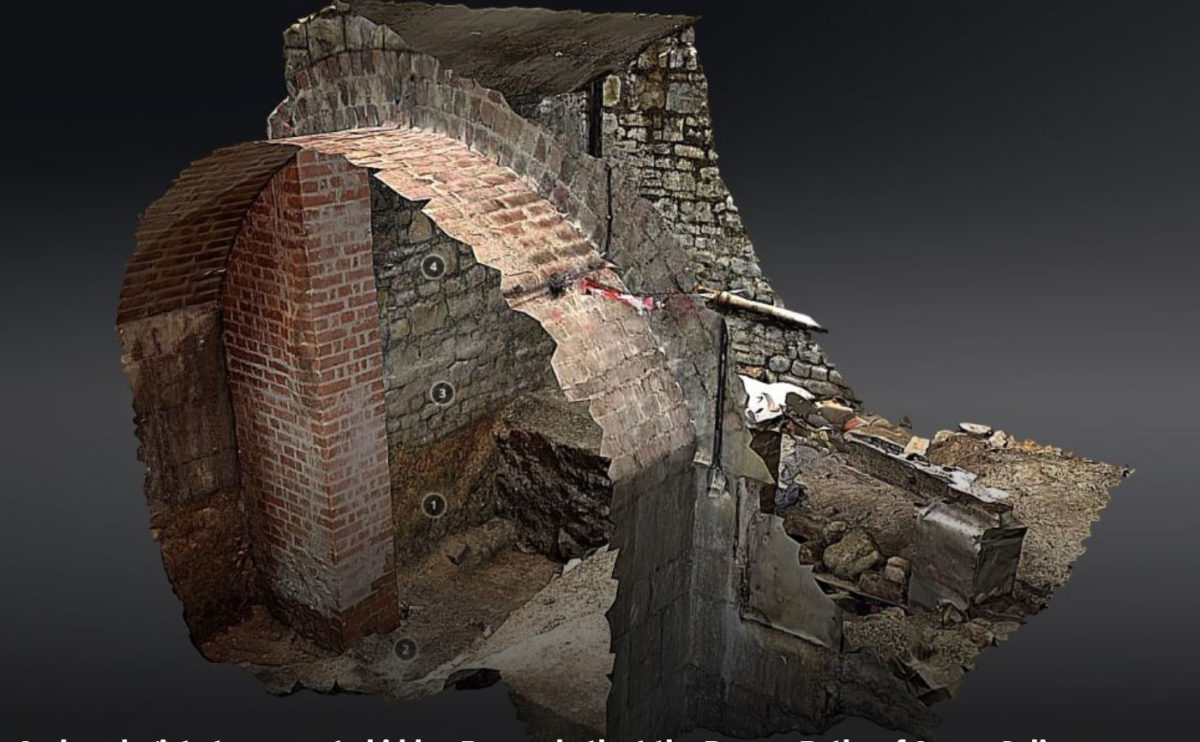 Beneath York Street next to the main suite of baths

The bath was first discovered and excavated 130 years ago, but was then quickly back-filled and poorly recorded.

Measuring 4 metres x 5 metres, it is one of eight baths known at the Roman Baths site and is beneath York Street next to the main suite of baths.

Stephen Clews, Manager of the Roman Baths, said: “The excavation of this bath is part of the most significant archaeological investigations to have taken place at the Roman Baths for more than 30 years. It is helping us to build a picture of what was happening on the south side of the site, where it has been very difficult to gain access in the past.”

The excavation of the bath is part of a wider programme of investigation taking place as part of the National Lottery funded Archway Project, which is creating a new Clore Learning Centre for the Roman Baths and a World Heritage Centre for the city.

The position of the bath means that it cannot be seen by visitors on a normal visit to the Roman Baths.

The excavation is being carried out for the Roman Baths by Cotswold Archaeology. The Archway Project is run by Bath & North East Somerset Council, which owns and operates the Roman Baths, with the support of The National Lottery Heritage Fund, The Clore Duffield Foundation, The Roman Baths Foundation, the Garfield Weston Foundation and hundreds of other supporters and donors.

Aquae Sulis was a small town in the Roman province of Britannia that is now modern day Bath. The Romans had probably arrived in the area shortly after their arrival in Britain in AD 43 and there is evidence that their military road, the Fosse Way, crossed the river Avon at Bath.

Not far from the crossing point of their road, they would have been attracted by the large natural hot spring which had been a shrine of the Celtic Brythons, dedicated to their goddess Sulis.

This spring is a natural mineral spring found in the valley of the Avon River in Southwest England, it is the only spring in Britain officially designated as hot. The name is Latin for “the waters of Sulis.”

The Romans identified the goddess with their goddess Minerva and encouraged her worship that helped the native populations adapt to Roman culture. The spring was built up into a major Roman Baths complex associated with an adjoining temple. About 130 messages to Sulis scratched onto lead curse tablets (defixiones) have so far been recovered from the Sacred Spring by archaeologists.