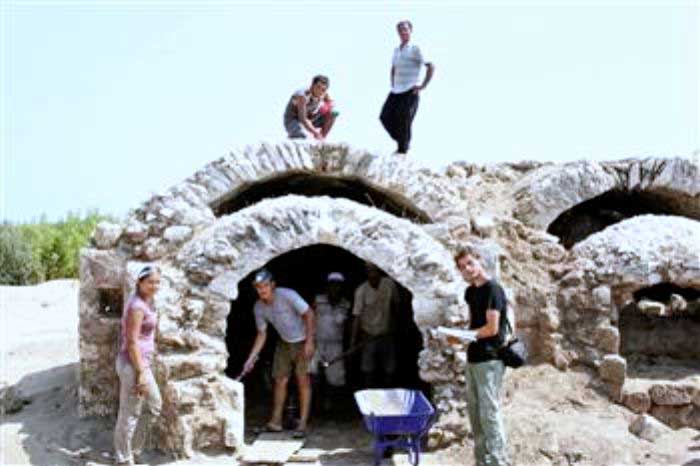 An ancient bath from the Roman period has been found during excavations at the Hellenistic city of Elaiussa Sebaste in the southern province of Mersin’s Erdemli town.

The 18th term excavations continue at the ancient city under Prof. Eugenia Eugini Schneider, the head of Rome’s Sapienza University Archaeology Department. Schneider said that the ruins of the Roman bath were very big and open to the public. Excavation teams are currently working on five different points in the area Prof. Emanuella Borgia, deputy head of the excavations said.

“The 1800-year-old Roman bath is the most striking find this year. The bath has three rooms and is about 50 square meters. We have focused on the Big Bath, Byzantine Church, Small bath, Old Lantern, Byzantine Palace and settlement area. We are working with a team of 25 archaeologists and 30 workers,” Borgia said.

She said that the area’s theater and agora would be illuminated in this year’s work and that the Byzantine Palace would be open to visitors. Excavations will end Oct. 19.