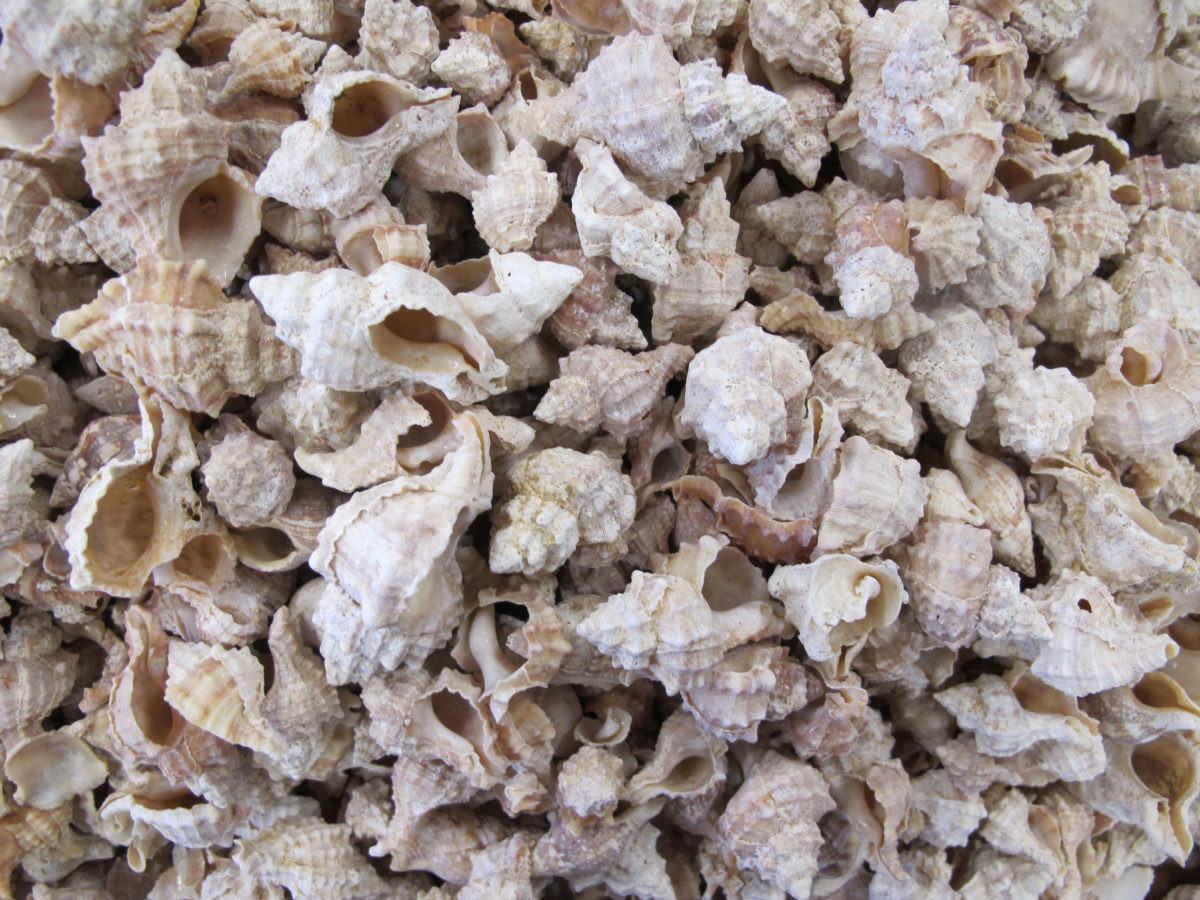 The study of purple dye production offers a dynamic field for new research. Developments in maritime archaeology and the increasing application of specialized field methodologies and laboratory techniques have resulted in a wealth of new data and fresh approaches to older material. These results can now be added to the rich collection of ancient written sources describing the process; however, with the new evidence come particular challenges.

Concentrations of crushed purple shells are usually understood as evidence for the existence of a purple dye workshop at a particular location. Crushed shells, however, are found in a range of contexts, at different distances from the coast and in varying amounts. Purple shellfish are also edible and decorative. While traces of pigment can form an additional type of evidence, this is often found in contexts far removed from production sites. This plethora of possibilities has created a degree of confusion in the interpretation of such finds. The situation is further complicated by the fact that testimony from Greek and Roman sources is often used to interpret purple dye production in all periods.

In the last few years, interdisciplinary and historically situated analysis of several contexts in both the eastern and western Mediterranean have prepared the ground for a new attempt to examine the criteria used to identify installations for purple dye production in different chronological periods. Careful analysis of the same data also appears to offer an opportunity to distinguish primary and secondary uses of the products and by-products of these installations (workshops), thus uncovering the embedded nature of purple dye production and a more nuanced appraisal of its social, economic and cultural meanings.

The Workshop on the materiality of purple dye production, which is jointly organized by the Institute for Aegean Prehistory Study Center for East Crete (INSTAP-SCEC) and the Archaeological Research Unit (ARU), University of Cyprus, will place primary emphasis on the archaeological remains of purple dye production and use and the importance of context when interpreting these remains. It is also an opportunity to promote detailed presentations of new or little-known case studies from Cyprus and the Aegean spanning a broad chronological scope from prehistory to the Late Roman period. Within these parameters the event will make a meaningful contribution to contextualizing the form and development of this major craft in the eastern Mediterranean.

The Workshop is open to scholars and laymen alike (no registration fees are required). It will take place on the 1st (Friday afternoon) and the 2nd (Saturday morning to late afternoon) of November 2019 in the premises of the Archaeological Research Unit, University of Cyprus (12, Gladstone street, Nicosia, tel.22893560).