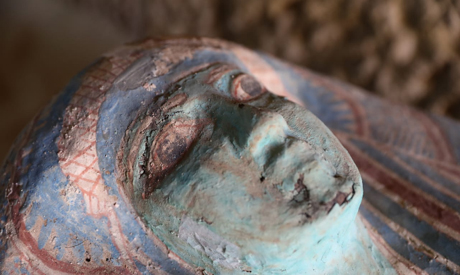 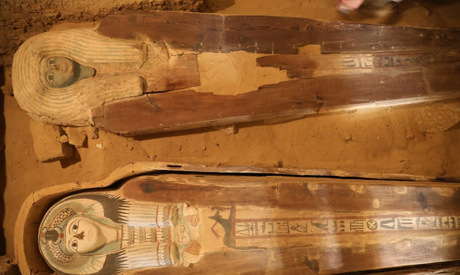 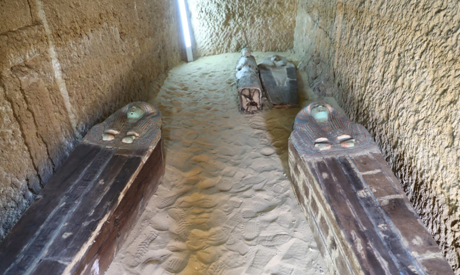 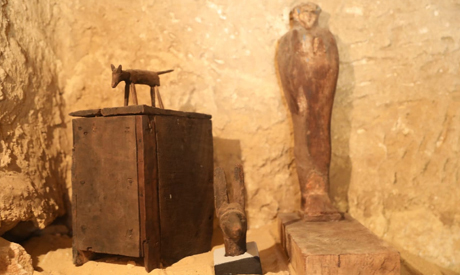 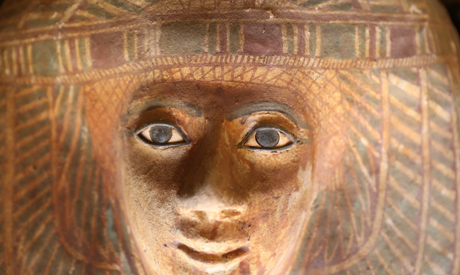 A group of tombs dating back to the Old Kingdom have been unearthed on the Giza Plateau.

Mostafa Waziri, secretary-general of the Supreme Council of Antiquities, said his team revealed an Old Kingdom cemetery during the excavations carried out at the south-eastern side of Giza Plateau. The archaeologists brought to earth several tombs and shafts. The oldest one discovered was a limestone family tomb from the Fifth Dynasty (around 2500 BC) which preserves some of its inscriptions and scenes.

The tomb belongs to two persons: the first was named Behnui-Ka. He was a priest, judge, and purifier who served the kings Khafre, Userkaf and Niuserre. The second owner named Nwi Who, who served as chief of the great state, the overseer of the new settlements, and purifier of King Khafre.

Many artefacts were discovered in the tomb. Among the most significant is a fine limestone statue depicting one of the two men with his wife and son.

The cemetery was reused extensively during the Late Period (since early 7th century BC). Many late period wooden painted and decorated anthropoid coffins were discovered on site. Some of them have hieroglyphic inscriptions on their lid. Many wooden and clay funerary masks were also found. Some of them preserve colours.