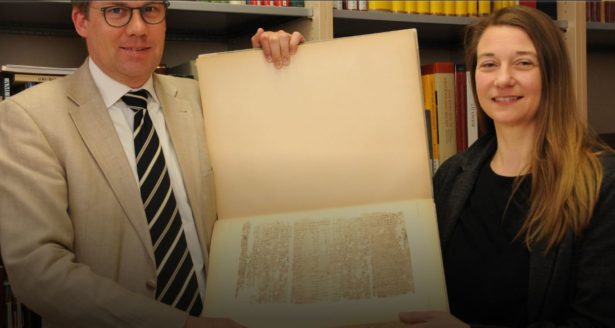 To explore the Egyptian temple economy through a particular genre of sources: This is the aim of the DimeData research project. The project is led by Professor Martin Andreas Stadler, holder of the Chair of Egyptology; Dr. Maren Schentuleit, research assistant to the Chair, will be responsible for the concrete work. (Photo: Gunnar Bartsch / University of Würzburg)
- +
by Archaeology Newsroom
08 05 '19 10:37