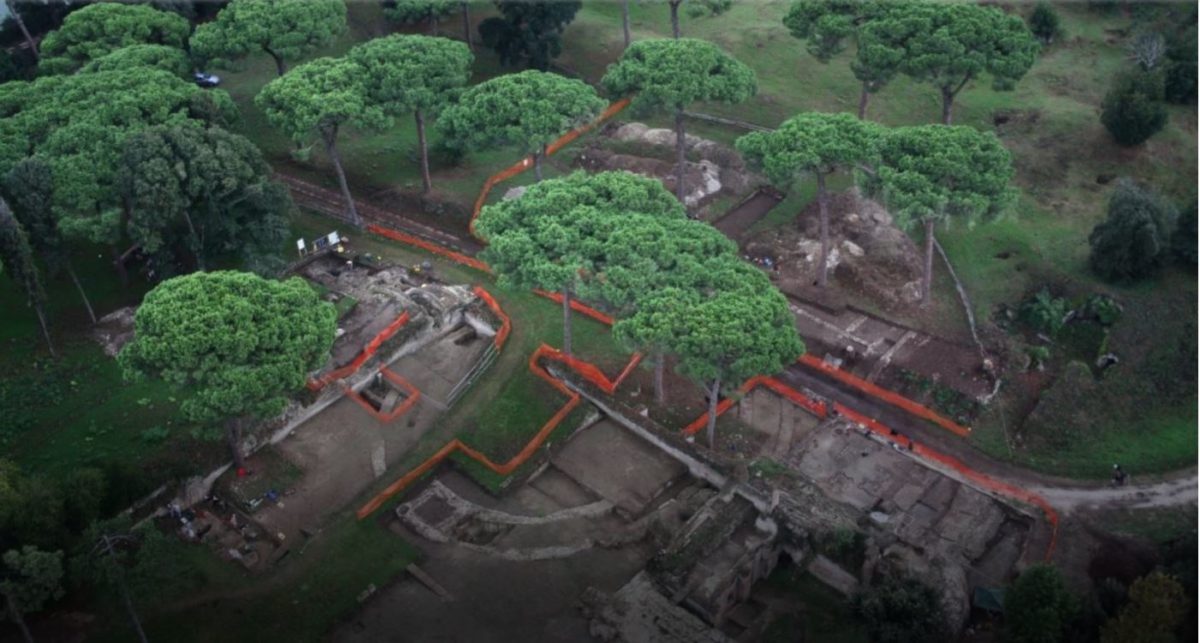 Living and dying at the port of ancient Rome

Diet at the docks

Portus Romae was established in the middle of the first century AD and for well over 400 years was Rome’s gateway to the Mediterranean.

The port played a key role in funnelling imports – e.g. foodstuffs, wild animals, marble and luxury goods – from across the Mediterranean and beyond to the citizens of Rome and was vital to the pre-eminence of the city in the Roman Mediterranean.

But, what of the people who lived, worked and died there?

In a study published in Antiquity, an international team of researchers present the results of the analysis of plant, animal and human remains, reconstructing both the diets and geographic origins of the Portus inhabitants. The findings suggest that the political upheaval following the Vandal sack of Rome in AD 455 and the 6th century wars between the Ostrogoths and the Byzantines may have had a direct impact on the food resources and diet of those working at Portus Romae.

Lead author, Dr Tamsin O’Connell of the Department of Archaeology, University of Cambridge said, “The human remains from the excavations at Portus belong to a local population involved in heavy, manual labour, perhaps the saccarii (porters) who unloaded cargoes from incoming ships. When looking isotopically at the individuals dating to between the early second to mid fifth centuries AD, we see that they have a fairly similar diet to the rich and middle-class people buried at the Isola Sacra cemetery just down the road. It is interesting that although there are differences in social status between these burial populations, they both have access to similar food resources. This contradicts what we see elsewhere in the Roman world at this time. But, later on, something changes.”

Dr O’Connell continues, “Towards the end of the mid fifth century we see a shift in the diet of the local populations away from one rich in animal protein and imported wheat, olive oil, fish sauce and wine from North Africa, to something more akin to a ‘peasant diet’, made up of mainly plant proteins in things like potages and stews. They’re doing the same kind of manual labour and hard work, but were sustained by beans and lentils”

“This is the time period after the sack of the Vandals in AD 455. We’re seeing clear shifts in imported foods and diet over time that tie-in with commercial and political changes following the breakdown of Roman control of the Mediterranean. We are able to observe political effects playing out in supply networks. The politics and the resources both shift at the same time.”

Director of the University of Southampton’s Portus Project, Professor Simon Keay explained, “Our excavations at the centre of the port provide the first archaeological evidence of the diet of the inhabitants of Portus at a critical period in the history of Imperial Rome. They tell us that by the middle of the 5th century AD, the outer harbour basin was silting up, all of the buildings were enclosed within substantial defensive walls, that the warehouses were used for the burial of the dead rather than for storage, and that the volume of trade that passed through the port en route to Rome had contracted dramatically.”

“These developments may have been in some way related to the destruction wrought upon Portus and Rome by invading Vandals led by Gaiseric in AD 455, but may also be related to decreasing demand by the City of Rome, whose population had shrunk significantly by this date. These conclusions help us better understand major changes in patterns of production and trade across the Mediterranean that have been detected in recent years.”

Dr O’Connell concludes, “Are food resources and diets shaped by political ruptures? In the case of Portus, we see that when Rome was rich everybody, from the local elite to the dockworkers, was doing fine nutritionally. Then this big political rupture happens and wheat and other foodstuffs have to come from somewhere else. When Rome is on the decline, the manual labourers, at least, are not doing as well as previously.”