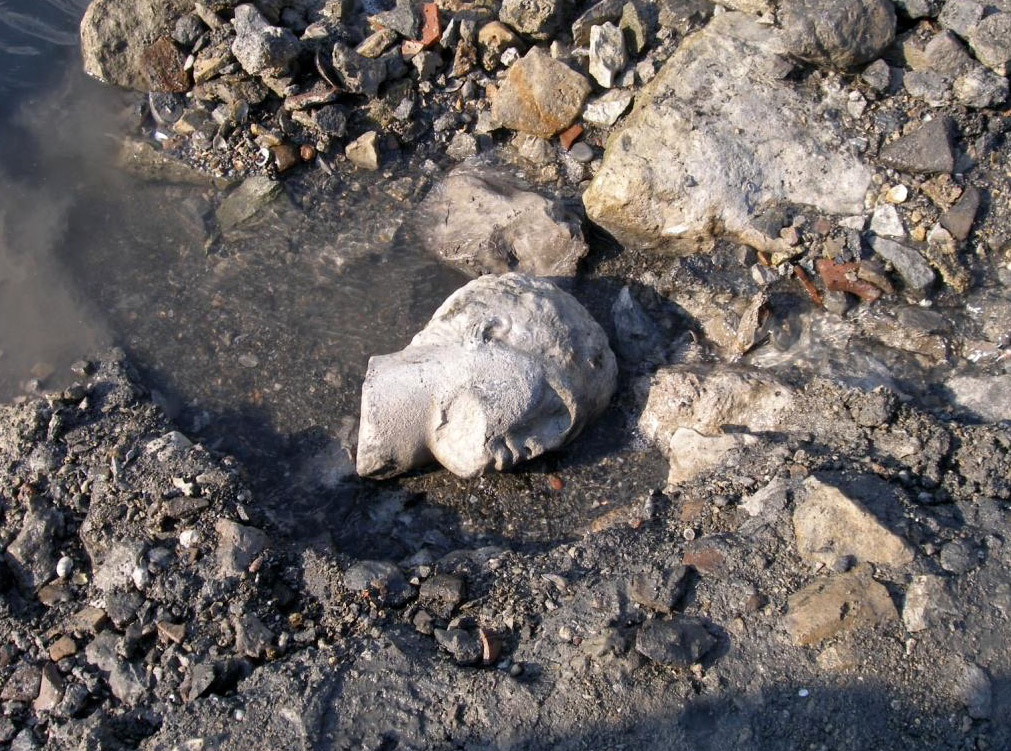 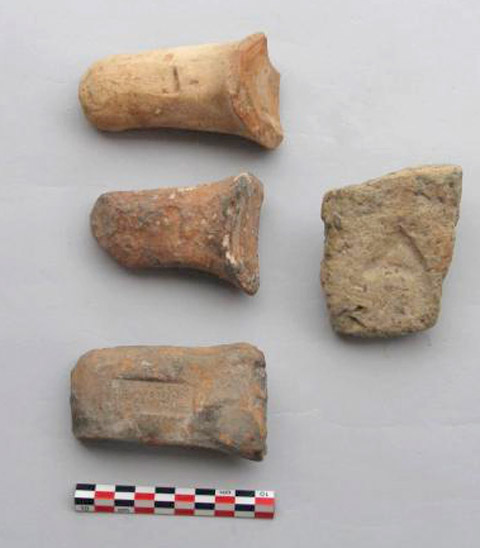 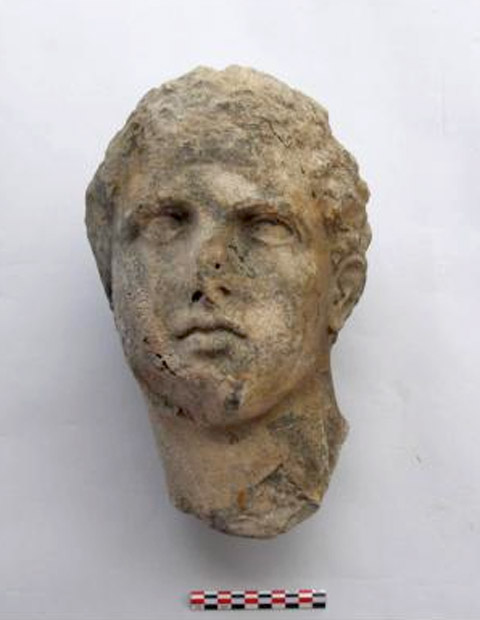 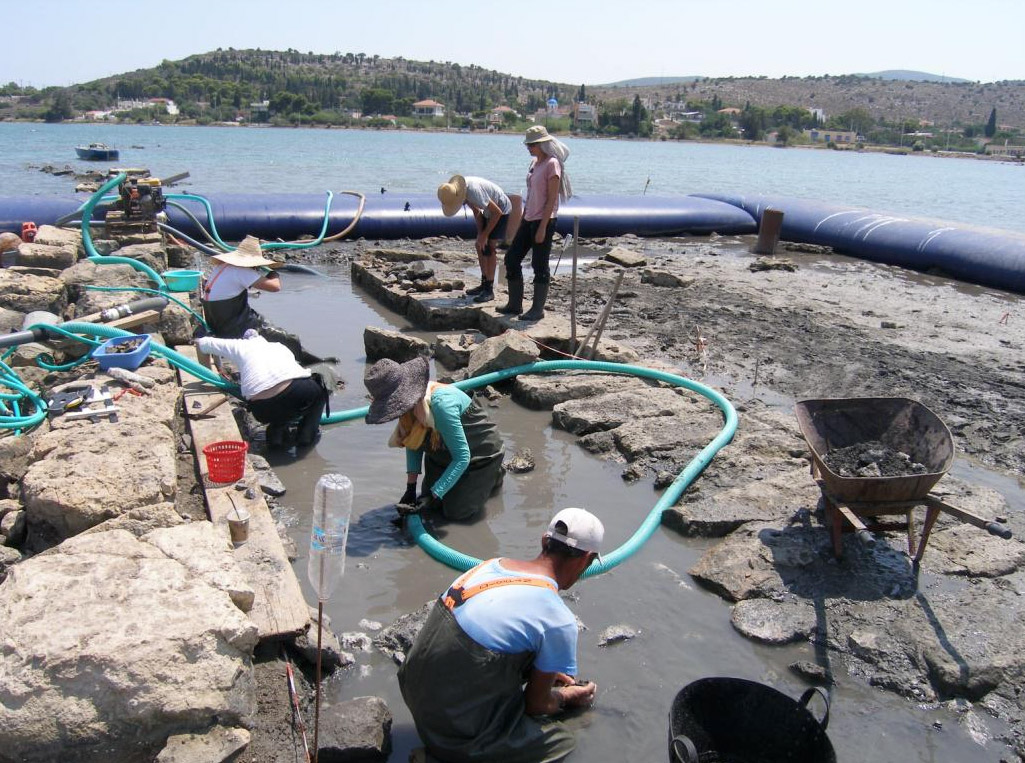 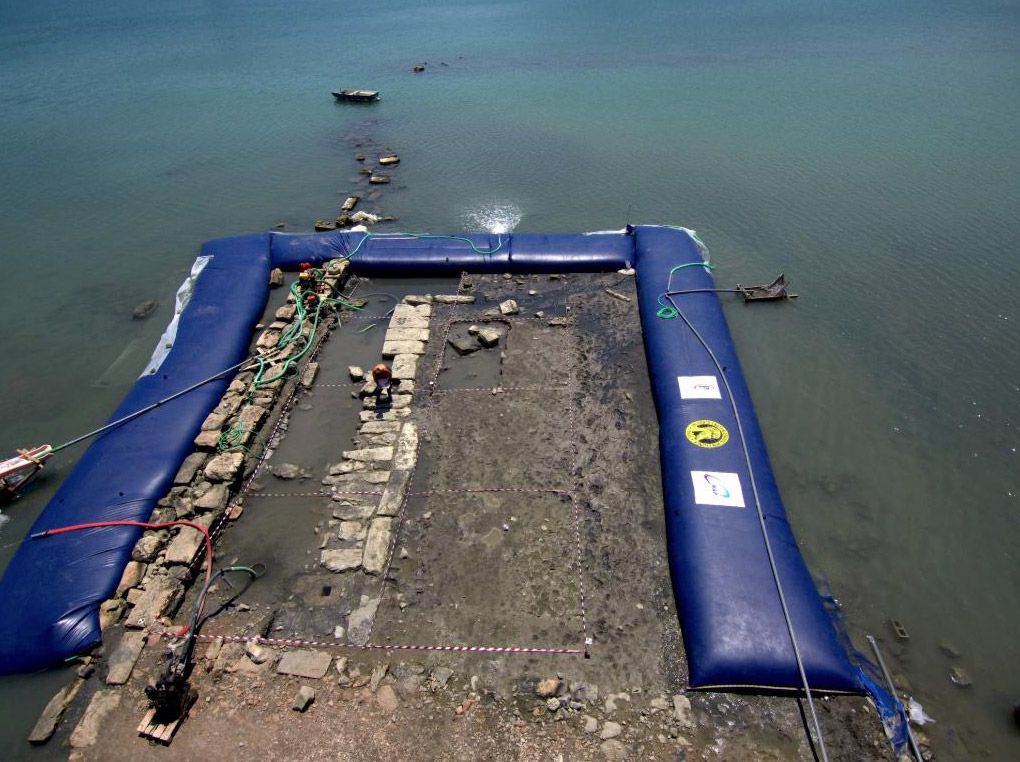 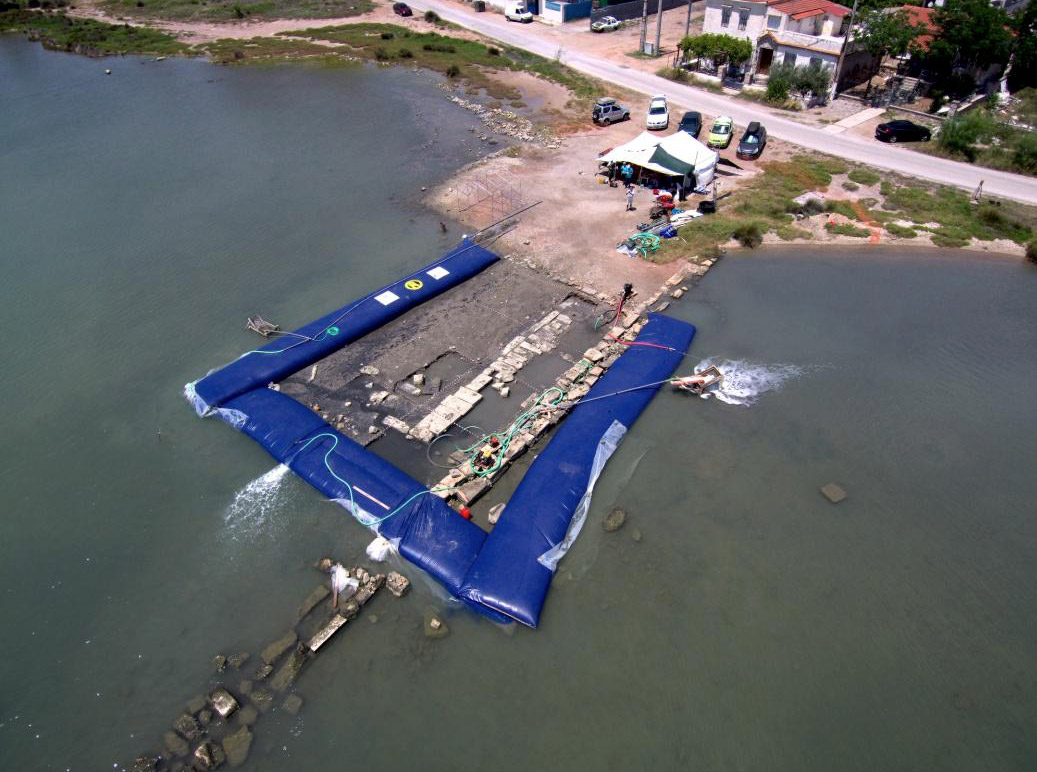 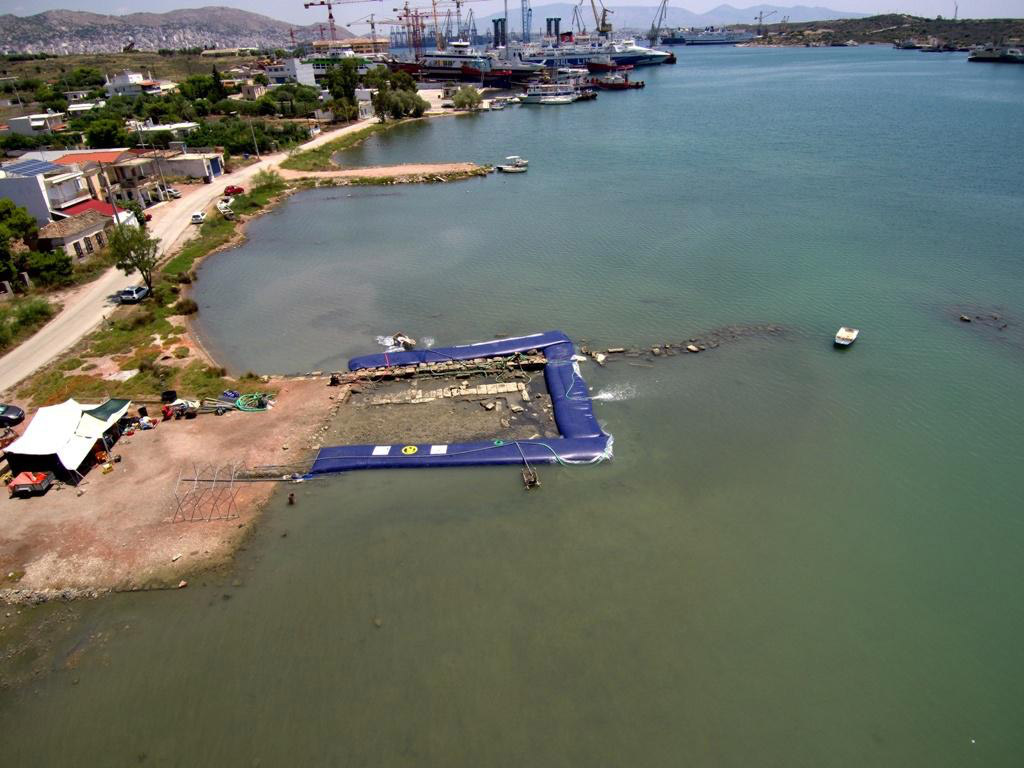 Results from the third phase

For the third year running, underwater interdisciplinary research was conducted in June and July 2018 in the area of the Kynosoura peninsula and Ampelakia Bay on Salamis, i.e. the meeting place of the main part of the Greek fleet on the eve of the great naval battle in 480 B.C.

As mentioned in the announcement issued by the Ministry of Culture and Sports: ‟The results of the 2018 research in the Ampelakia Bay head and Straits are particularly significant since: a) A new ‟amphibian” technique was successfully applied to investigate ancient remains in the shallows, b) the unearthing of a large ancient public building was continued, yielding examples of original marble works of Greek sculpture and c) marine sediment data was acquired which will contribute together with other geophysical and archaeological elements, in reconstructing the area’s paleogeography with particular reference to the shape of the Bay and Straits at the time of the Battle of Salamis.

”For a more successful investigation of the large submerged ancient building on the north west side of the bay head of today’s Ampelakia, an innovative technique was adopted; a flexible barrier was installed by “K&P Engineering”, a company run by Th. Katseli and G. Petrova, for draining the sea water, which allowed the combined use of methods and technical means for underwater and land excavation in researching the ancient building structure.

”The monumental construction which today is submerged in mud, seems to be positioned on a North –South axis, at present measuring 15 m and certainly extending towards the north and west. It turns out that the east side of the foundation makes up the base of a solid, later pier, constructed at least 200 years ago out of the ancient building’s materials.

”The main archaeological layer in the excavated area contained, apart from considerable pottery from primarily  the Hellenistic era and also the late Classical – late Roman times; a valuable collection of fragments of marble statues, architectural members (?), columns or pedestals and other objects that are obviously  connected with the building’s thriving operation.

”Among the marble works from the late Classical/Early Hellenistic period is a complete head of a young man, possibly an athlete or a god (Hermes?). It is the first of its kind to come to light on Salamis. It is an original work, an exceptional example of Greek sculpture of the advanced 4th century B.C., the product of a first class work shop bearing the stamp of great art. Some stylistic features of the work have already been recognized as related to the School of Skopas or Lysippus.

”In the wake of the 2018 research period, it seems very likely that the “emerging” construction is one of the main public buildings in the district, or on the fringes of the Agora, on the lowest level of the ancient city, seen and described as ruined by Pausanias the Traveller around the mid-2nd century A.D. Its location, directly adjacent to the city’s harbour, is reminiscent of other coastal public building complexes on Thasos, Andros, and Delos.

As in previous years, the research was conducted by the Institute of Marine Archaeological Research (IMAR) in collaboration with the Ephorate of Underwater Antiquities of the Ministry of Culture and Sports,headed by Dr Angeliki Simosi and Yiannos G. Lolos, Professor of Prehistoric Archaeology at the University of Ioannina and president of IMAR, with the support of the Marine Geology and Physical Oceanography Laboratory of the University of Patras, under Professor George Papatheodorou. Funding came from the generous sponsorship of Michael and Myrto Pateras and resources of IMAR.

30 individuals from different fields of expertise actively participated in the 2018 underwater archaeological and geophysical research. The main collaborators were Dr Christina Marabea, responsible for field work and documentation and technical manager Nikolaos Golfis.