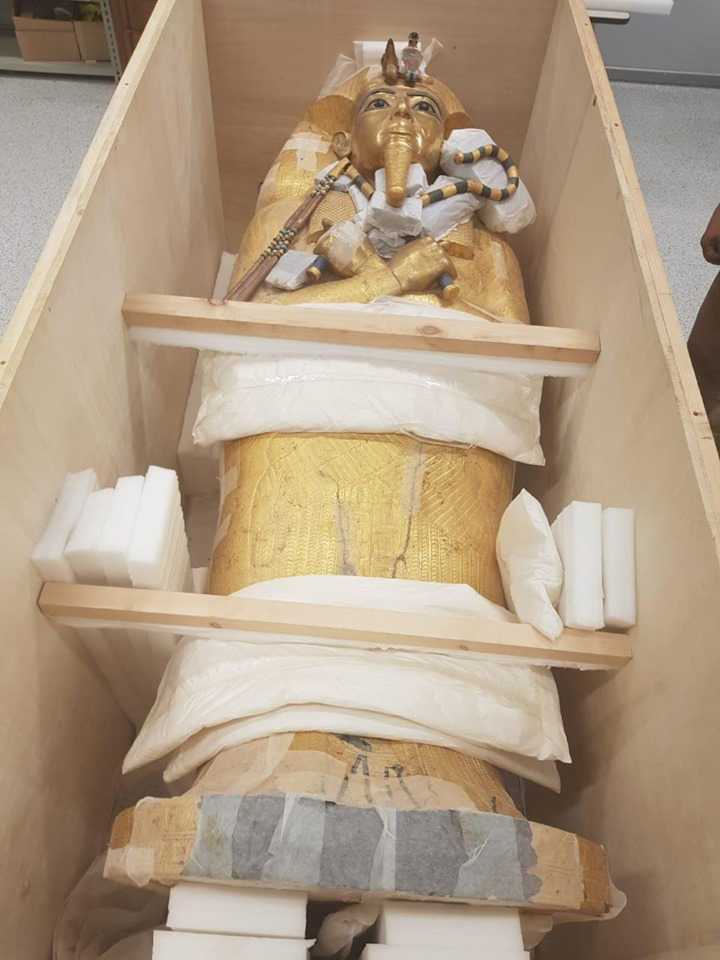 It will be exhibited at the Grand Egyptian Museum

The golden coffin of the boy king Tutankhamun is under restoration in order to be exhibited among his treasured collection at the Grand Egyptian Museum (GEM). The coffin was transported to the GEM from his tomb at the Valley of the Kings in Luxor three days ago.

Dr. Mostafa Waziri Secretary General of the Supreme Council of Antiquities asserted that the transportation was made after the approval of the Permanent Committee for Ancient Egyptian Antiquities in order to be restored for the first time since the tomb discovery in 1922.

Dr. Al-Tayeb Abbas, Director General of Antiquities at the GEM said the coffin will be exhibited among the king’s treasures in the Tutankhamun galleries at the GEM along with all the king’s other golden coffins that will be transported from the Egyptian museum in Cairo.

Dr. Eissa Zidan Head of the First Aid Restoration and transportation of Antiquities at the GEM explains that the restoration work will take about eight months. “The coffin has suffered a lot of damage, including cracks in the golden layers of plaster and a general weakness in all golden layers. Before sending the coffin to the GEM, a complete report on the condition of the coffin was written highlighting all the damages.

Within two weeks the ministry of antiquities is to invite all media to admire the coffin at the GEM after sterilization.