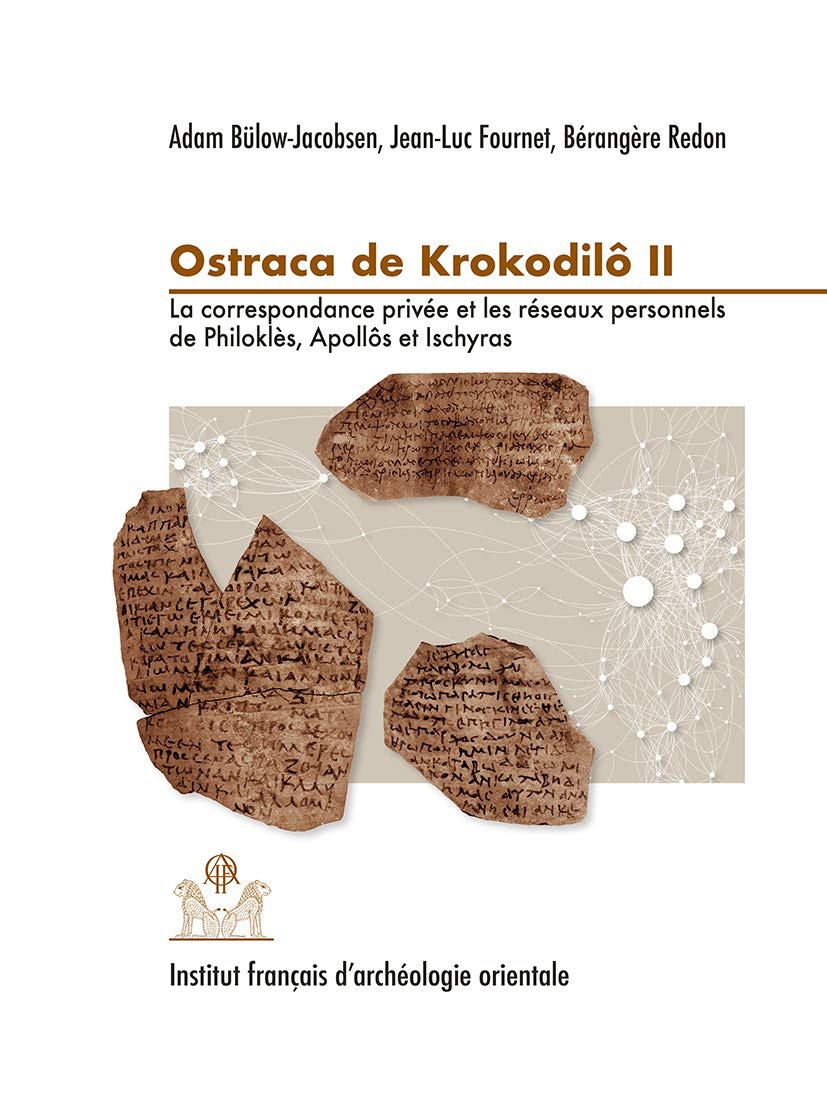 The fort of Krokodilo on the road from Coptos to Myos Hormos was excavated in 1996-97 by the French mission in the Eastern desert. Its rubbish-dump was formed during the reigns of Trajan and Hadrian, and produced over 800 ostraca, 189 of which are published in this volume.

While the first volume of Ostraca de Krokodilô concerns military correspondence, this second volume contains private letters exchanged between the inhabitants of Krokodilo and the neighbouring forts, Phoinikon and Persou.

The letters were written by three very different characters: Philokles, a green-grocer and pimp, plays a central role in supplying vegetables to the inhabitants of the desert forts and also organises the prostitution; Ischyras, a quarry-man, is an acquaintance of Philokles and his letters are full of declarations of friendship, but also contain some harsh remarks which demonstrate the brutality of certain human relationships; Apollos is probably a soldier, but also functions as a letter-writer for a group of people who are mostly concerned with their provisions of food.

This rich corpus gives us a glimpse of the daily life in a society of some 200 people who lived in the desert garrisons at the beginning of the 2nd century AD, and who appear in the ostraca. We are able to witness the importance of solidarity in this hostile environment and the important role of civilians, not least the women, in the life around the forts.