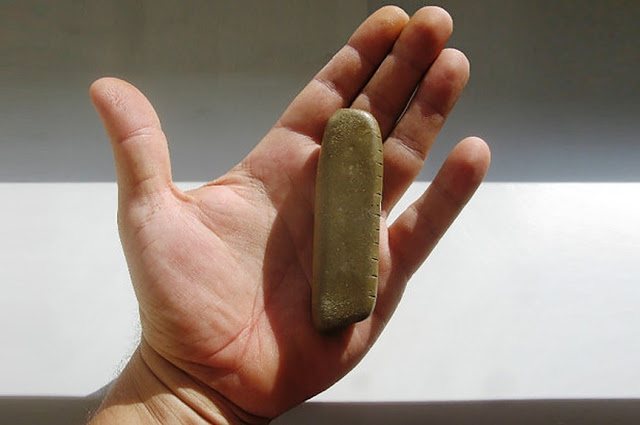 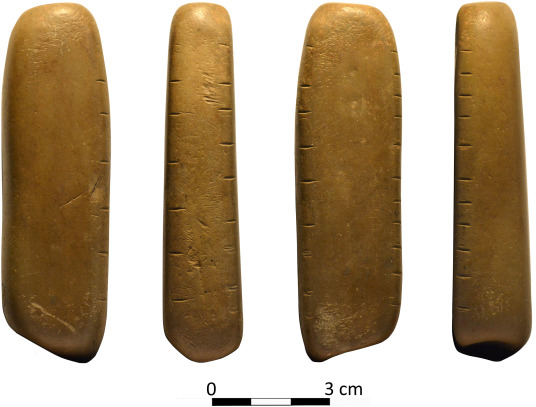 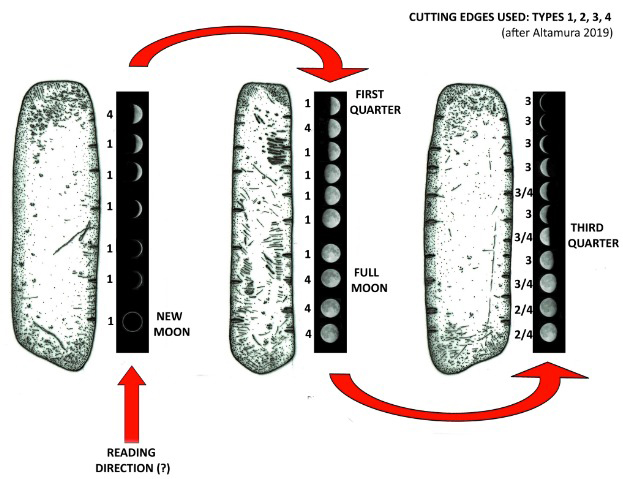 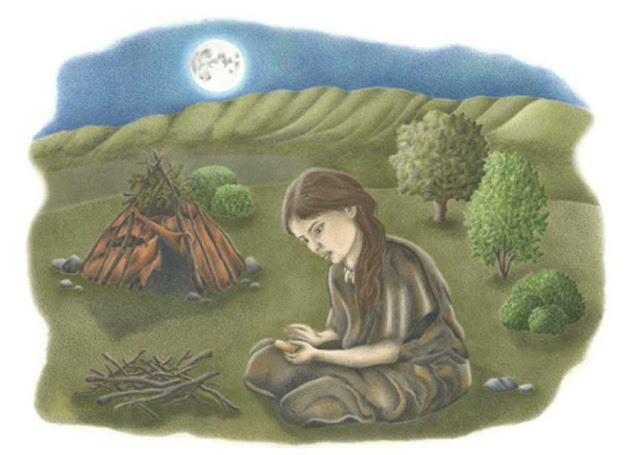 Εarliest known lunar calendar may be an engraved pebble

The oldest known lunar calendar may be an engraved pebble dating back to the Upper Palaeolithic found in Velletri, in the Alban Hills, south of Rome. The news has been announced by Flavio Altamura, a researcher at the Department of Antiquities of Sapienza University, who analyzed this enigmatic object in collaboration with the Superintendency for Archaeology, Fine Arts and Landscape in the Rome Metropolitan Area, the Province of Viterbo and Southern Etruria. The results of this study have been published in the Journal of Archaeological Science: Reports.

The pebble, which was decorated over 10,000 years ago, was found in 2007 near the top of Monte Alto in the Alban Hills. It fits the definition of “notational artifact” and is thus one of the very few known specimens of its kind in the world’s Paleolithic archaeological record.

What drew archaeologists’ attention were the short linear incisions, or notches, cut perpendicularly in a row along three of the pebble’s edges. The three sets comprise respectively seven, nine/ten and eleven notches, spaced regularly and symmetrically along each edge to fill up all the available space from one end to the other.

The overall number – 27 or 28 –  and spatial distribution of the marks suggests that this complex system of incisions could be based on the lunar cycle.

“The study reveals,” explains Flavio Altamura, “that the notches were made over time using more than one kind of sharp cutting stone tool, as if they had been used for counting and calculating, or to store some kind of information over a period of time.”

The fact that the number of notches is precisely the same as the number of days in the lunar month (synodic or sidereal) makes this object unique among supposed lunar calendars and the earliest likely example of this category of artifacts found to date in the world’s prehistoric record.

This discovery is as extraordinary as it is unexpected. The pebble has a complex functional history. It was first used as a retoucher-hammerstone to knap and modify other stone implements, and later as a pestle to grind colored pigments such as red ocher.

Petrographic analysis has shown that the rock is made of marly limestone from outcrops located dozens of kilometers away from were it was found, hence it must have been carried for quite a long time and distance before it was discarded, lost or left on top of steep and isolated Monte Alto.

This artifact is thus one of the earliest known attempts in humankind’s history to understand and measure time, and provides a new insight into the cognitive and mathematical capabilities of Homo sapiens in prehistoric times. As rudimentary as it is, this find from the Alban Hills may be considered an ancestor of today’s desk calendars and an early evidence of the human “scientific” interest in the moon. Our species embarked here on the first small step of the long walk journey that 10,000 years later eventually led to the conquest of our satellite.