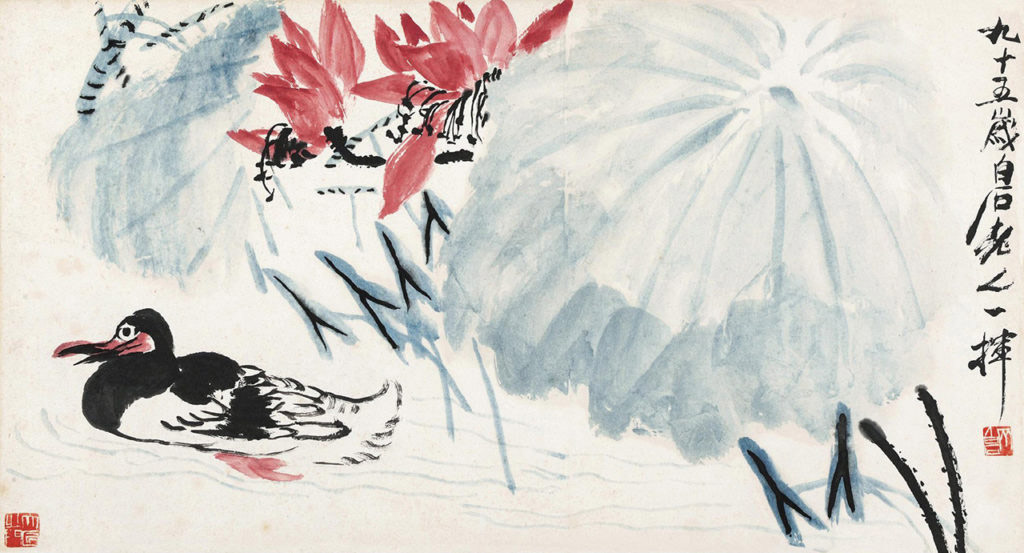 “The Mysterious East” comes to Athens in November

“The Mysterious East”, an exhibition with the works of Chinese painter Qi Baishi is the start of a collaboration between the B & M Theocharakis Foundation for the Fine Arts and Music with the Fine Arts Academy of Beijing and the Greek-Chinese Association of Economic and Cultural Development.

From November 12 to January 19, the B & M Theocharakis Foundation for the Fine Arts and Music will exhibit 126 valuable representative works by Qi Baishi for the first time, revealing his very personal style and accomplishments.

According to the Foundation’s press release, the Encyclopedia Britannica describes Qi Baishi along with the artist Zhang Daqian as the two last great traditional Chinese painters. Qi Baishi (1863-1957) was born in Xiangtan into a poor family of peasants. He was a self taught painter and with the aid of a manual from the Qin dynasty era he was initiated into the secrets of great art. At the age of 40 he travelled to very many parts of China, was inspired by its landscapes and was described as a great exponent of the Dono Gongbi style of painting. The latter is known for its extremely fine brush strokes and a precise rendering of detail. Painting for Qi Baishi was a inexhaustible source of creativity. At the same time, as stated by the press release, he was the successful head of the Institute of Chinese Painting of Beijing. He painted a great number of works in which he depicts his passion for the simple life, in the tradition of the ‟Individualists” of the 17th and 18th century such as Shitao and Zhu Da. Famous in his lifetime, at the age of 92 he was awarded the International Peace Prize. His favourite subject matter was dream like landscapes, fish, crabs and flowers which he painted to perfection throughout his life.

Works of Qi Baishi are in the Metropolitan Museum of Art, New York, the National Museum of the Arts of China and dozens of other museums in the USA, Europe and Asia.