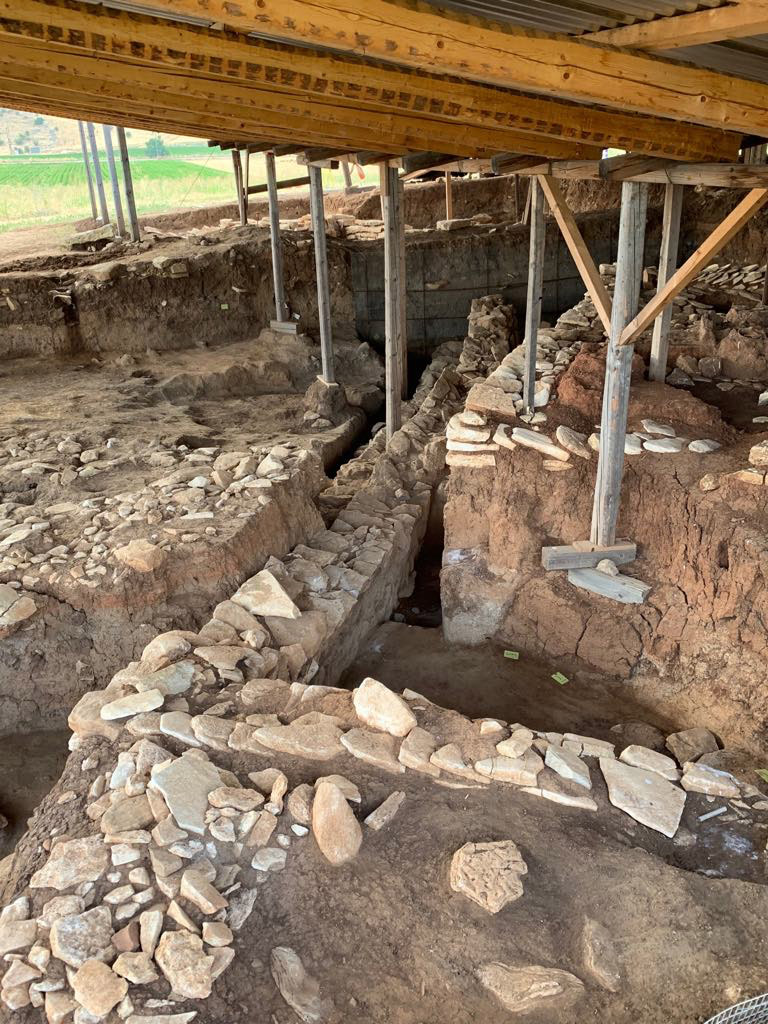 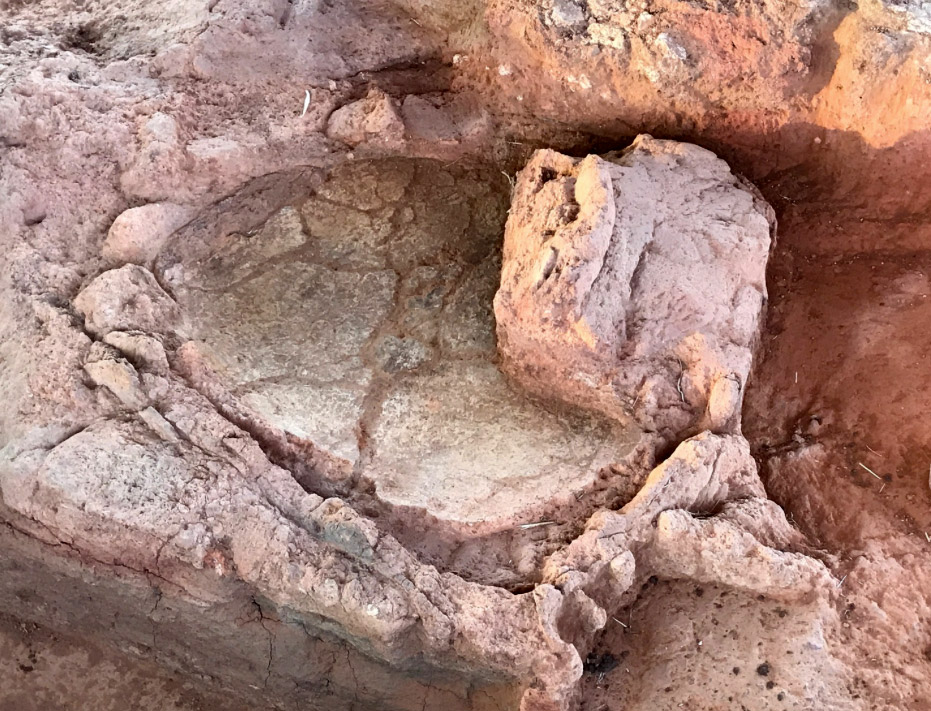 Impressive building of the Middle Neolithic discovered in Koutroulou,Magoula

The tenth archaeological season was completed last week of the Archaeological and Archaeological Ethnography Project of Koutroulou Magoula. The artificial mound of Koutroulou Magoula within the boundaries of the Vardalis village and near the New Monastery of Fthiotis has an area of around 9 acres and a height of almost 6,6m. It is essentially a settlement that was inhabited in the Middle Neolithic period (c. 6000-5800 BC) and used for burials during the Late Bronze Age (15th–14th century BC) and the 12th century AD.

It was interesting to see the completion, this year, of the unearthing of an impressive Middle Neolithic building found at the highest point of the settlement.

Its stone walls measure approximately 9.50×8.50m on their exterior, making the building one of the largest of this period to be found in Greece (fig. 1-2). Unlike the other buildings in the settlement, stones of over one meter high were used for its walls. This large, probably communal building and perhaps monumental for its time, still had an external, impressive retaining wall. One more building was subsequently built on an upper level and in almost the same place.

The role and use of this building are still unknown. It seems it was used over many years and underwent a series of repairs and modifications. In some of its phases, humans and domestic animals lived together under the same roof.

Another important find is a complex of closed ceramic kilns located on the settlement’s outskirts and which had been fired. The floor of one of the kilns is well preserved as are part of its walls that were coated with plaster as its dome may have been (fig. 3).

The kiln was mounted on a clay-coated platform. Partially fired ceramic vases were found in the same place. “This important and rare finding testifies to the specialized technological knowledge of the Neolithic inhabitants of the settlement,” said Nina Kyparissi-Apostolika, co-director of the excavation with Professor Dr Yannis Hamilakis (University of Brown, USA).

Lastly, this year’s excavations proved beyond any doubt that the settlement was surrounded by ditches on its perimeter; large, probably communal works with many social, symbolic and practical functions. A section of such a large ditch was unearthed, at a depth of about 4m from today’s surface. It appears that its initial depth was about 2m, while its width was at least 4m, being much larger at other points (fig. 4).

The Neolithic inhabitants had carved steps inside the ditch to facilitate their digging and also to extract water or perhaps clay from it. “Given the size of the settlement, the time and effort invested in creating and maintaining these ditches is impressive. These projects would be central to the material and social life of the community,” said Yannis Hamilakis.

The excavation also yielded a number of clay figurines from the same site as well as miniature houses, which were added to the already impressive in number and variety collection of over 400 figurines.

The excavation season closed with a performance next to the ditches, attended by about 200 of the region’s residents. It was entitled “Woman”, a work that combined archaeological interpretations with current references to gender relations.

Lastly, systematic research on archaeological ethnography continued this year also. It was officially launched as a programme in 2010; a partnership between the Ephorate of Antiquities of Fthiotis and Evritania and the University of Brown with the biannual participation of University College London (UCL) headed by Dr Vassilis Tsamis. The collaboration is under the auspices of the British School at Athens. Participating this year were students and archaeologists from universities and other institutions from Greece, the United States, United Kingdom, the Netherlands and Taiwan.