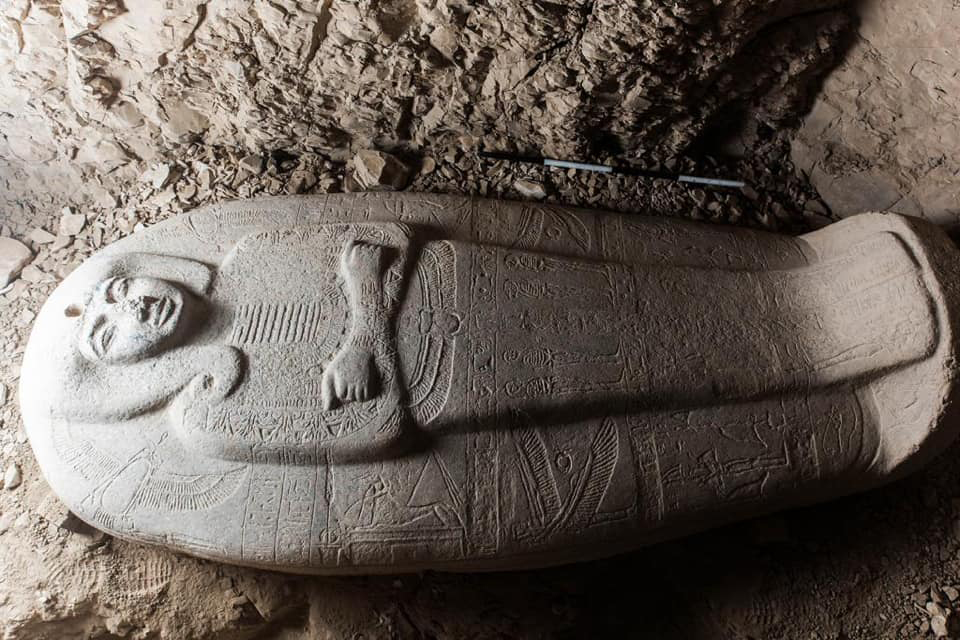 A team of conservators carried out primary restoration before the transfer

More than two decades after its discovery, the Ministry of Antiquities will exhibit, for the first time, the sarcophagus of Queen Tausert, the last ruler of the 19th Dynasty. The sarcophagus will be on display at the Luxor Museum, following its recent relocation from the site of its discovery; the tomb of King Bay (KV13) in Luxor.

Dr. Mustafa Waziri, Secretary General of the Supreme Council of Antiquities, said that the transfer took place following approval of the Permanent Committee of Egyptian Antiquities, and amid security measures by the Tourism and Antiquities Police. A team of archaeologists from the region of Qurna supervised the transfer, also confirming the coffin’s state of preservation. A team of conservators carried out primary restoration work before packaging and transportation.

As Dr. Fathi Yassin, director of Antiquities of Qurna, pointed out, the sarcophagus is made of pink granite and is decorated with a group of images depicting the four guardian deities and the four sons of Horus as well as inscriptions of invitations and prayers for the deceased. The sarcophagus had been found by German archaeologist Hartwig Altenmüller in the tomb of King Bay, which is located near the tomb of Queen Tausert. It had been reused by King Ramesses III’s son, Prince Mentuherkhepeshef. The coffin is 280 cm-long, 120 cm-wide and 150 cm-high. It weighs 6 tons.