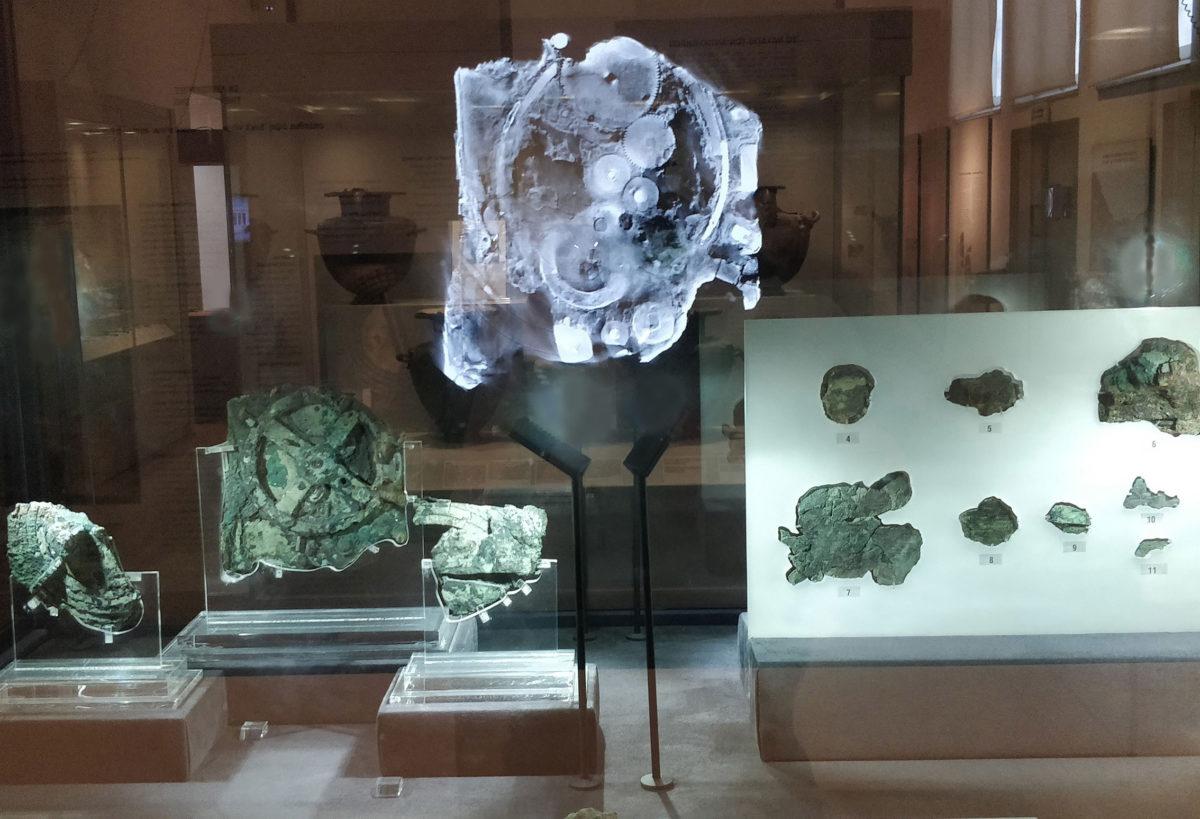 The Antikythera Mechanism and the Moon

The Antikythera Mechanism and the Moon

Following the record turnout of the public on the day of the August full moon and the keen interest in the four lunar stone fragments belonging to the National Archaeological Museum’s Collections and exhibited in a special showcase, University of Athens’ Professor of Space Physics Xenophon Moussas will again welcome those wishing to go on an imaginary trip to the Moon to reveal its secrets to them and the ways that ancient Greeks understood its movements by using a unique technological achievement; the Antikythera Mechanism.

The fragments of the Moon, to be displayed next to the Antikythera Mechanism until early December 2019, come from the famous Goodwill moon rocks; the rock fragments from the surface of the Moon collected by the Apollo 11 crew. In 1970 they were donated by the United States of America to Greece and 100 other countries. Their symbolic placement next to the Mechanism is a reminder of the Moon’s importance in antiquity regarding many human activities, such as fishing and hunting that depended on its phases. The evolution of calendars based on the lunar month and the study of the motion of the most famous celestial body using astronomical models is illustrated in the Mechanism. The ingenuous technological solutions it incorporates impart with extremely precise mechanical motions an impressive set of scientific knowledge about the Moon developed in antiquity, to be analyzed in detail by Professor Moussas during his narrative.

On the occasion of the October and November Full Moons, two more presentations will also be held on the following dates: Monday October 14 at 16:00 and Tuesday November 19 at 16:00.

Attendance at each presentation requires registration upon arrival. There will be 25 people to each group chosen in order of priority. Participation in the activity is free.