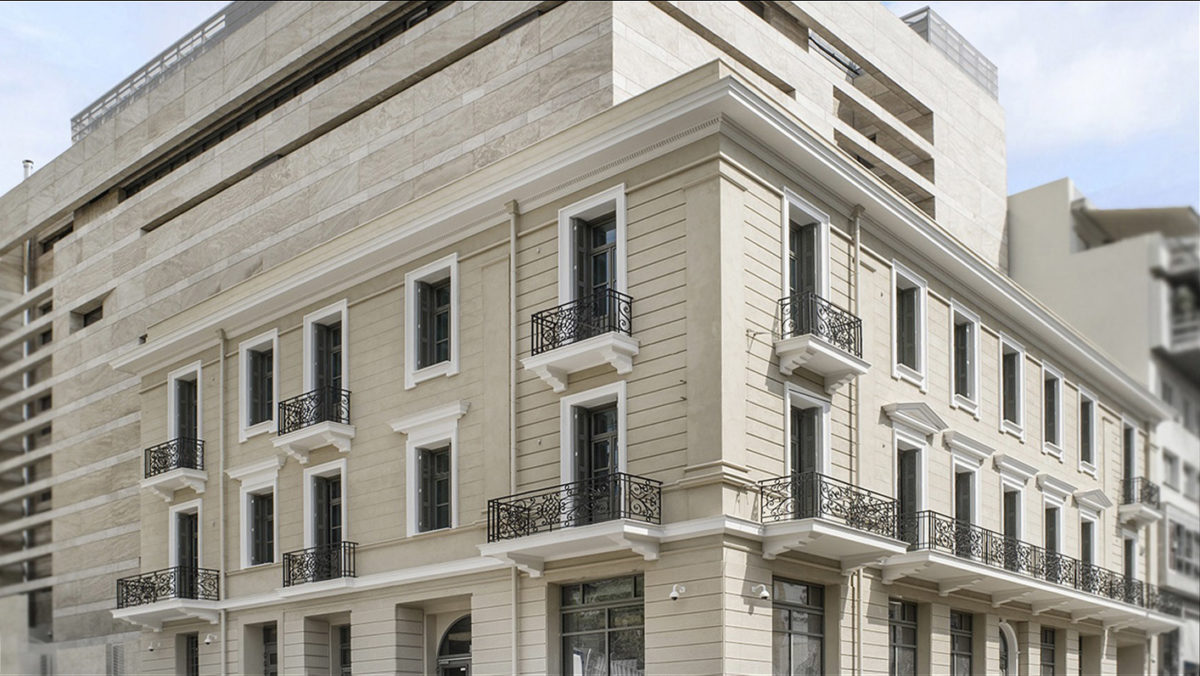 Opening of the museum of the Basil and Elise Goulandris Foundation

A museum of international scope

A museum of international scope, exhibiting contemporary and modern mainly European art, is opening in the heart of Athens. Next week, on October 1st, after 26 eventful years of planning, land concessions and cancellations, the time has come for the inauguration of the much anticipated museum of the Basil and Elise Goulandris Foundation in Athens. Its location is the imposing neoclassical building with a modern extension on no 13 Eratosthenous Street in Pangrati, just a few meters from the Kallimarmaron Stadium.

From the mid 1950s to the end of their lives, Basil Goulandris and his wife Elise’s passion for art led them to create a fabulous collection of modern and contemporary works, with a distinct criterion for their choices being the couple’s personal taste and their character of ‟old-fashioned” collectors rather than players on the art stock market. A private collection of considerable art historical interest is waiting for the visitor to discover as he/she ‟reads” the works. The way 180 paintings, sculptures and artefacts are displayed at present, is comfortable and ‟legible” thanks to their scenographic arrangement.

Upon entering the museum through the specially designed Aghios Spyridon square, donated by the Basil and Elise Goulandris Foundation to the municipality of Athens, the visitor is greeted by the portrait of Elise Goulandris painted by Mark Chagall in 1966.

Starting from the 1st floor, one can see the first outstanding acquisition of the collection; El Greco’s ‟Divine Form”, – a work purchased from a gallery in 1956. The following year, the Goulandris couple turned to contemporary art and especially to the vanguard of modern art, buying three works by Paul Cézanne, including a small self-portrait of the artist as he looks over his shoulder: ‟Our teacher, the father of us all”, as he had been described by Picasso. Some of the collection’s paintings and sculptures come from series such as Claude Monet’s ‟Rouen Cathedral in Morning Light” (Pink hue) or limited copies of artists’ bronze casts, such as the fascinating ‟Little Fourteen year old Dancer” by Degas and ‟The Eternal Spring”, one of Rodin’s very few sculptures depicting a couple in love. Paintings, stories, journeys, anecdotes told by or about artists come alive on the museum walls. Van Gogh’s ‟Still Life with Coffee Pot” (1888) has pride of place. In the midst of unbearable poverty and loneliness at Arles, the 35-year-old painter lit up the composition with his own sublime colours of yellow and cobalt blue, turning the ‟few essentials needed to make some coffee” into a masterpiece. Next to it hangs the painting ‟Still Life with Grapefruit” (1901 or 1902) by his friend Paul Gauguin. The walk through the history of art continues on the museum’s 2nd floor with works by Vasily Kandinsky, Paul Klee, Fernand Leger, Francis Bacon et al.

‟Through their choices, Basil and Elise Goulandris liked to refer to imaginary dialogues, for the most part, between these artists”, explained the collection’s manager Maria Koutsomalli-Moreau, daughter of new museum’s director, Kyriakos Koutsomallis.

Modern and contemporary Greek artists are displayed on the 3rd and 4th floors, with works by Giorgos Bouzianis, Yannis Tsarouchis, Nikos Hadjikyriakos-Ghikas, Yannis Moralis, Michalis Tombrou and others.

‟The opening brings an end to so many years of uncertainty regarding the museum and the start of a new beginning. We want the museum to be a ray of light and an influence on Athens’ daily life”, stated the new museum’s director, Dimitris Koutsomallis, pointing out the museum’s specifications for events in its auditorium, the library, educational programmes for all ages and school visits.

‟After the Andros Museum, the Athens Museum brings to life the vision of a devoted loving pair of ‘old fashioned ’people,” said Fleurette Karadonti, niece of the Goulandris couple and head of the Foundation.