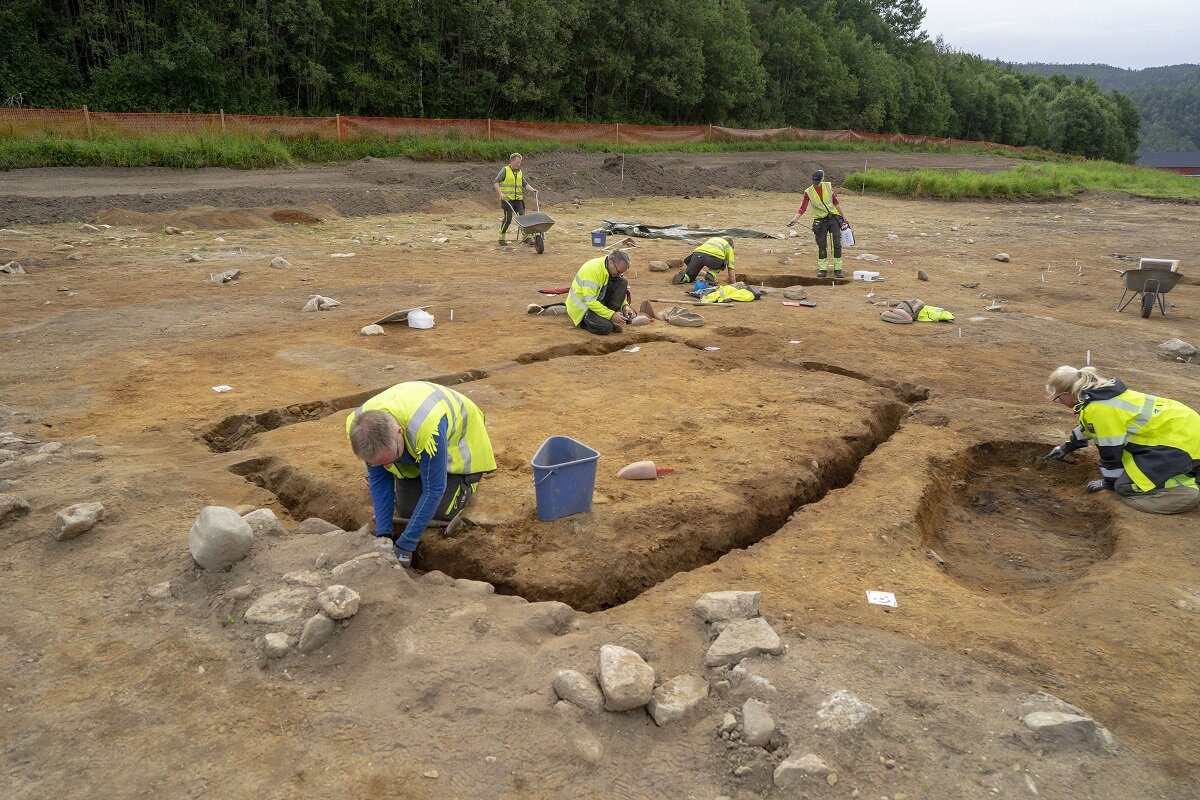 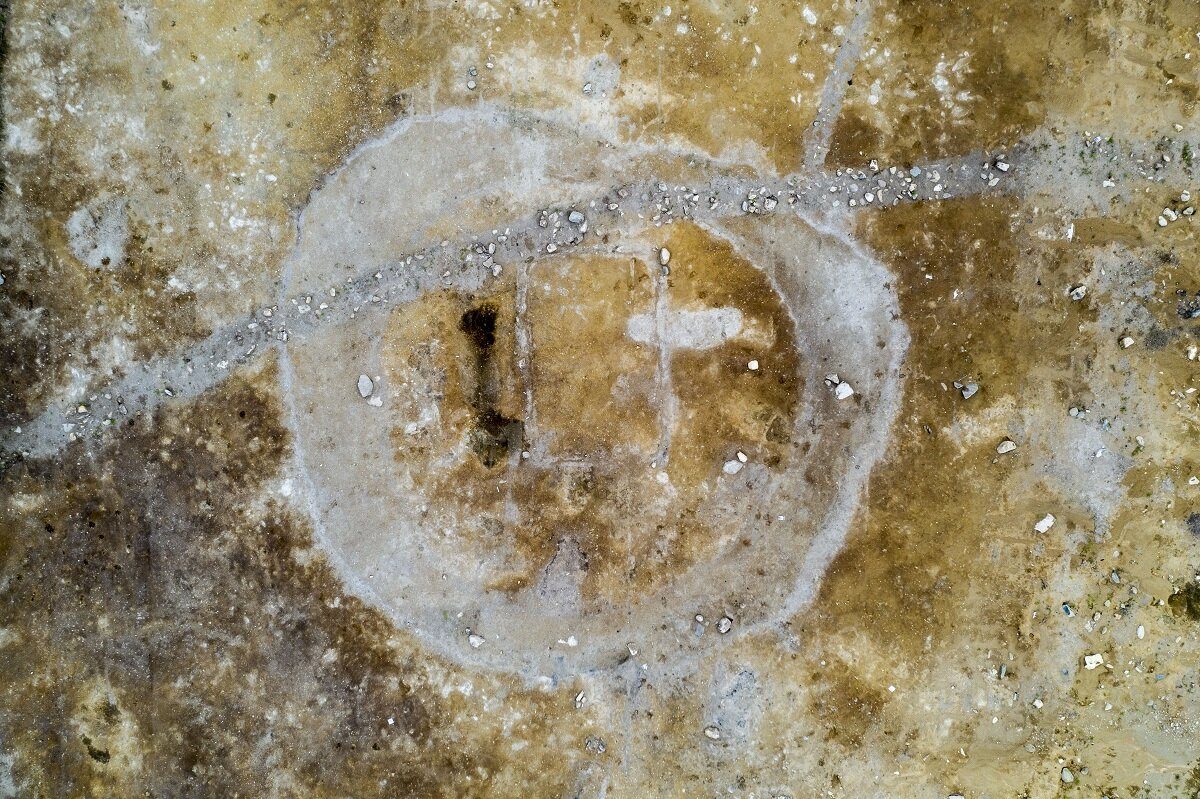 A Viking Age mortuary house was discovered during the excavation of the burial ground of one of the Viking Age farms on Vinjeora in Hemne in Trondelag. The house measured five by three meters. It had corner posts, and the walls were made of standing planks, in a building style similar to that used in early stave churches. Archaeologists could see that the building was solidly constructed, even though the only thing that remains is a rectangular ditch with a slight impression from the house and some retaining stones where the walls once stood.

Even though the style of building is typical of the Viking Age, this house was far from ordinary. Archaeologists think it was most likely home to a Viking grave. Hundreds of years of farming in the area have plowed away the grave that was likely found inside the structure.

“We can see that the house once stood in the middle of a burial mound. That’s how we know that there probably was a grave inside the house,” said Sauvage, who is project manager for the dig.

The burial mound itself is also gone, but the ring ditch that once surrounded the mound has been filled in, rather than plowed away, and is therefore still visible.

“The ditch forms a circular depression that tells us where the burial mound was situated, which means that we also can see that the mortuary house was placed right in the middle of the mound,” he said.

The mortuary house was found under an excavation of a Viking Age grave field on Vinjeora in Hemne municipality in central Norway. The dig was undertaken in preparation for road construction associated with expansion of the E39 highway.

A house for the dead

Viking Age mortuary houses are rare finds in Norway, with fewer than 15 found in the entire country. That means there’s a lot we don’t know about why these houses were built and what they were intended for.

“Early research has often interpreted these houses as purely functional. They’ve been seen as a morgue, where the Vikings stored corpses, such as when they were waiting for the ground to thaw in the spring,” says Sauvage.

But this interpretation doesn’t explain why the house on Vinjeora was dug into the burial mound, and why graves have been found inside mortuary houses in other locations. Now, most researchers believe that these houses played more of a symbolic role than a practical one.

“They can be compared to boat graves—a custom that was practiced at the same time as mortuary houses—where the boat has been interpreted as a vessel that will carry the deceased to the land of the dead,” Sauvage said.

Why the Vinjeora Vikings wanted the dead to live in the burial mound—rather than to sail to the land of the dead—is a matter of speculation. Perhaps they wanted the spirits of the dead to stay and protect the farm and family.

In pre-Christian times, it was not unusual to believe that the dead lived in the mound, and that the living should take care of what they called the people of the mound. This would involve bringing them gifts and food, so that in return they would ensure that the crops were good and that both animals and humans were fertile. People may have believed that if the deceased had their own house in the mound, there would probably be a greater chance that they would stay there, instead of wandering around, tormenting people.

It is extremely rare for archaeologists in Norway to be able to examine an entire grave field in one excavation, as they now can at Vinjeora.

“This gives us a unique opportunity to learn about how Vikings dealt with death. There is a great deal of variation in the burial customs found in this grave field—everything from boat graves and burials in coffins to cremations and mortuary houses. It will be very interesting to explore this spectrum further,” says Sauvage.

The excavation will continue throughout the autumn and into next year, as there is still quite a lot left for archaeologists to examine. Nevertheless, Sauvage is already confident that what they discover will be of great importance.

“When we’ve analyzed all the findings from the graves here, it will give us a deep insight into the society that existed here in the Viking Age. It will allow us to see connections that are otherwise invisible,” he said. “I believe that what we find will make a considerable contribution to the Viking field as a whole.”