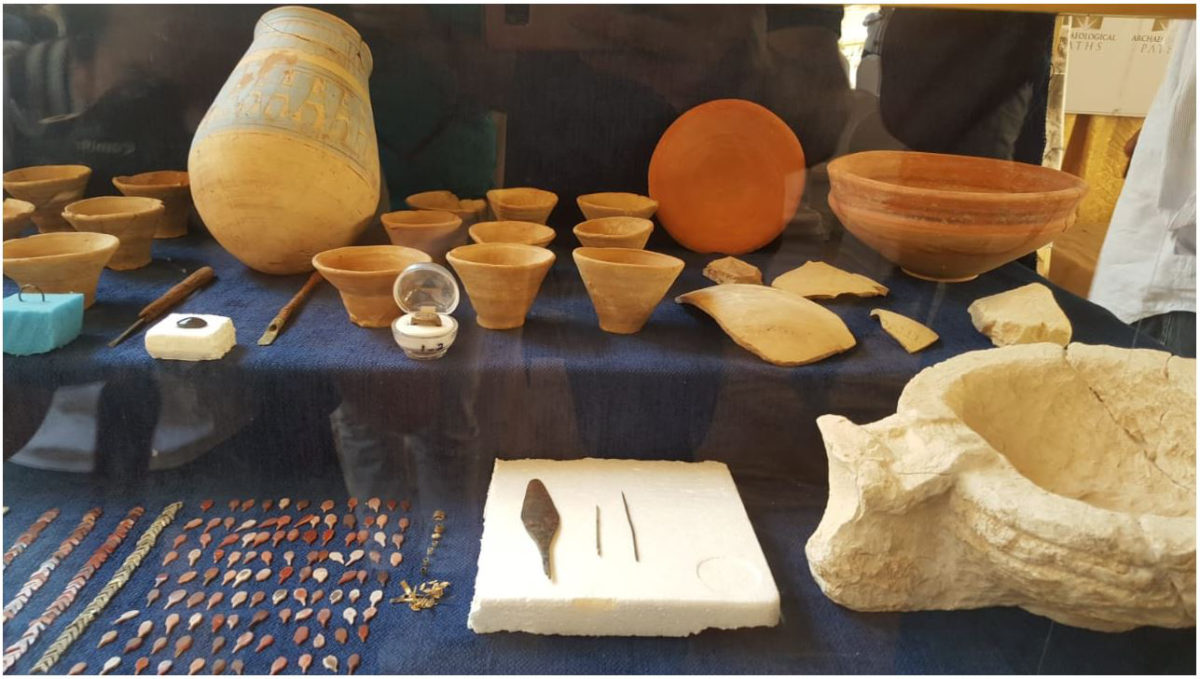 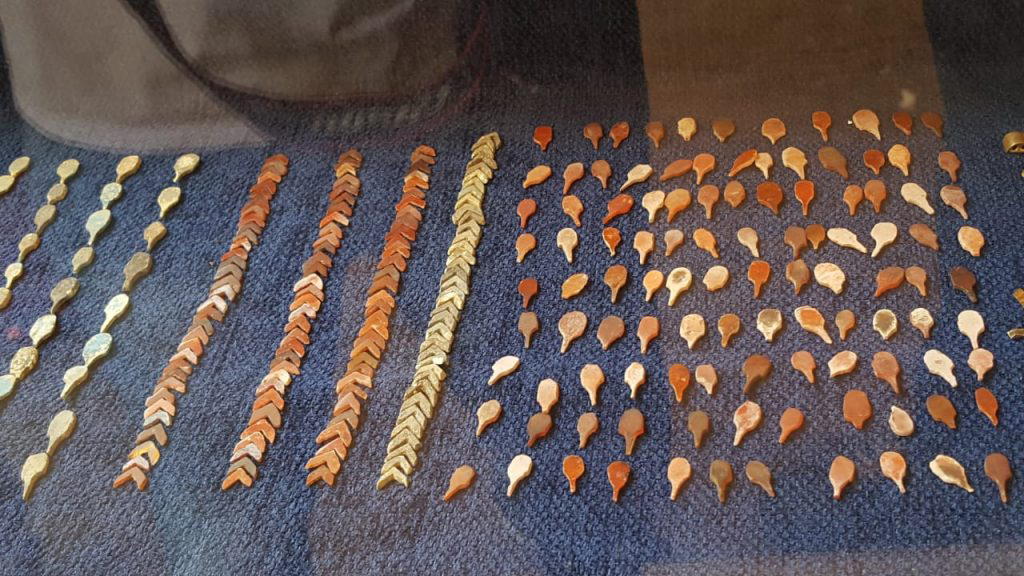 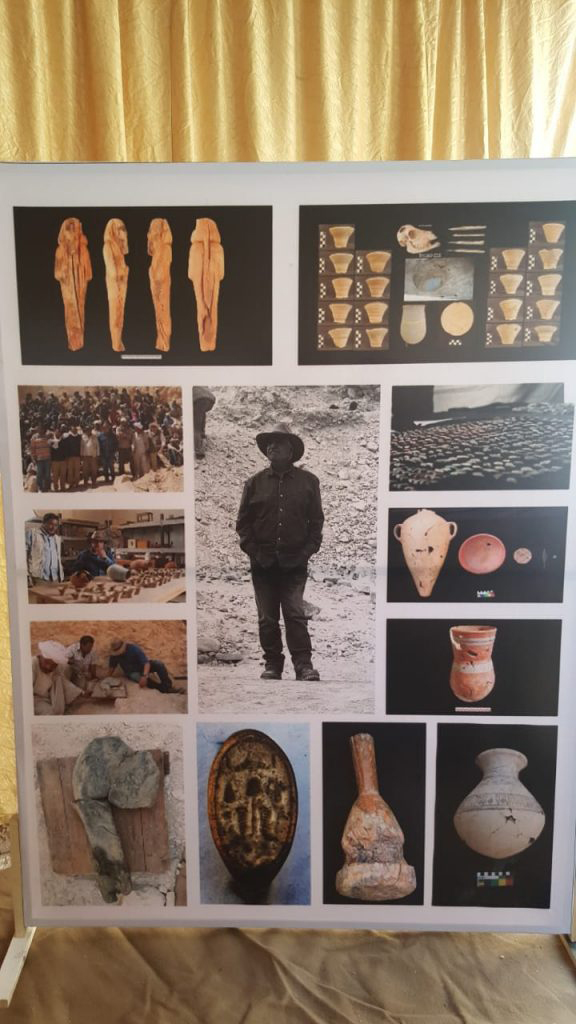 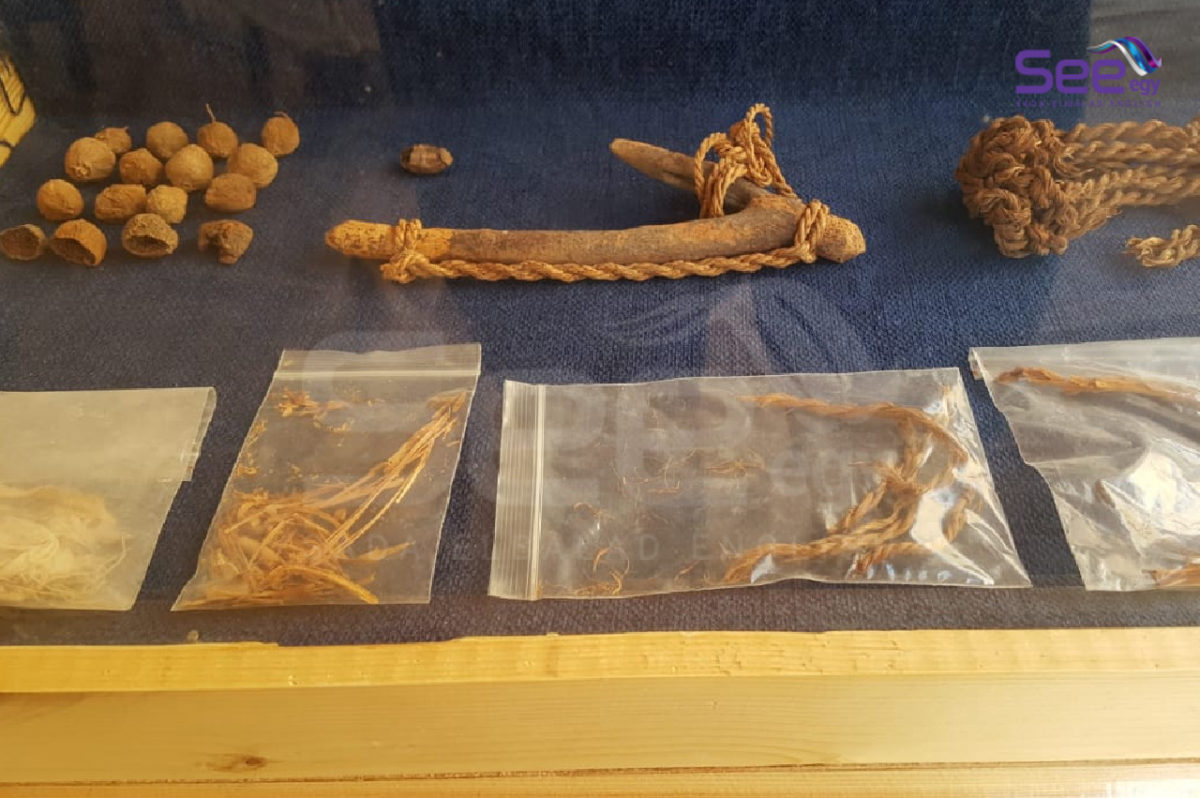 Ancient Egyptian funerary equipment workshops have been revealed at Luxor’s Valley of the Monkeys by a team of Egyptian archaeologists headed by Dr. Zahi Hawass.

Egypt’s Minister of Antiquities Dr. Khaled Al-Anani announced on Thursday two archaeological discoveries carried out by Dr. Hawass’ expedition in the Valley of the Monkeys, a site neighboring to the Valley of the Kings, in Luxor’s West Bank.

At first, Egypt’s Secretary General of the Supreme Council of Antiquities Mostafa Waziri said that the Egyptian expedition, which has been active in the Valley of the Monkeys since December 2017, has succeeded to uncover a hitherto unknown industrial area.

This area contains a deep cut —given number KV (T)— fronted by an oven which was once used for pottery and other archeological objects. Besides it, archaeologists located a tank KV(U) used to store drinking water, possibly for the needs of the workforce. Between KV(T) and KV(U), the team found a scarab ring, hundreds of inlay beads and golden objects which were used to decorate royal coffins. Some of the inlays are shaped in a pattern known as “the wings of Horus”.

Secondly, the team has brought to light 30 workshops in the shape of “houses” for the storage and cleaning of funerary furniture.  Pottery from the site allows dating them to Dynasty 18. The team also explored a tomb known as KV 65 where they located tools associated with tomb-building.

Dr. Hawass stated that his team represents the second expedition excavating in the area of the East Valley after Howard Carter’s era. The team’s mission is to search for tombs still remaining unrecorded, including burials of the wives and sons of 18th Dynasty Pharaohs buried in the Valley of the Kings; since the Valley of the Queens did not start taking on burials except at the beginning of dynasty 19.

In particular, Dr. Hawass said that work is currently underway to search for the tomb of Queen Nefertiti and the tomb of her daughter (and King Tutankhamun’s wife) Queen Ankhesenamun. Moreover, he explained that the area located between the tombs of Pharaohs Amenhotep III and Ay contains the tombs of the Amarna family. He also noted that the mission is working to unearth the tombs of King Amenhotep I and King Tuthmose II and Ramses VIII.

He finally specified that the mission has worked next to the tombs of King Ramses VII, Queen Hatshepsut and King Ramses III and behind King Merneptah’s tomb. Excavating next to the tomb of King Tutankhamun the team has found many important artifacts set to be announced during the press conference. In that area, the team has recorded forty-two small labor huts where royal tomb builders were placing their tools, alongside hieroglyphic inscriptions, as well as parts of inscribed tombs and rings dating from the Ramesside period.