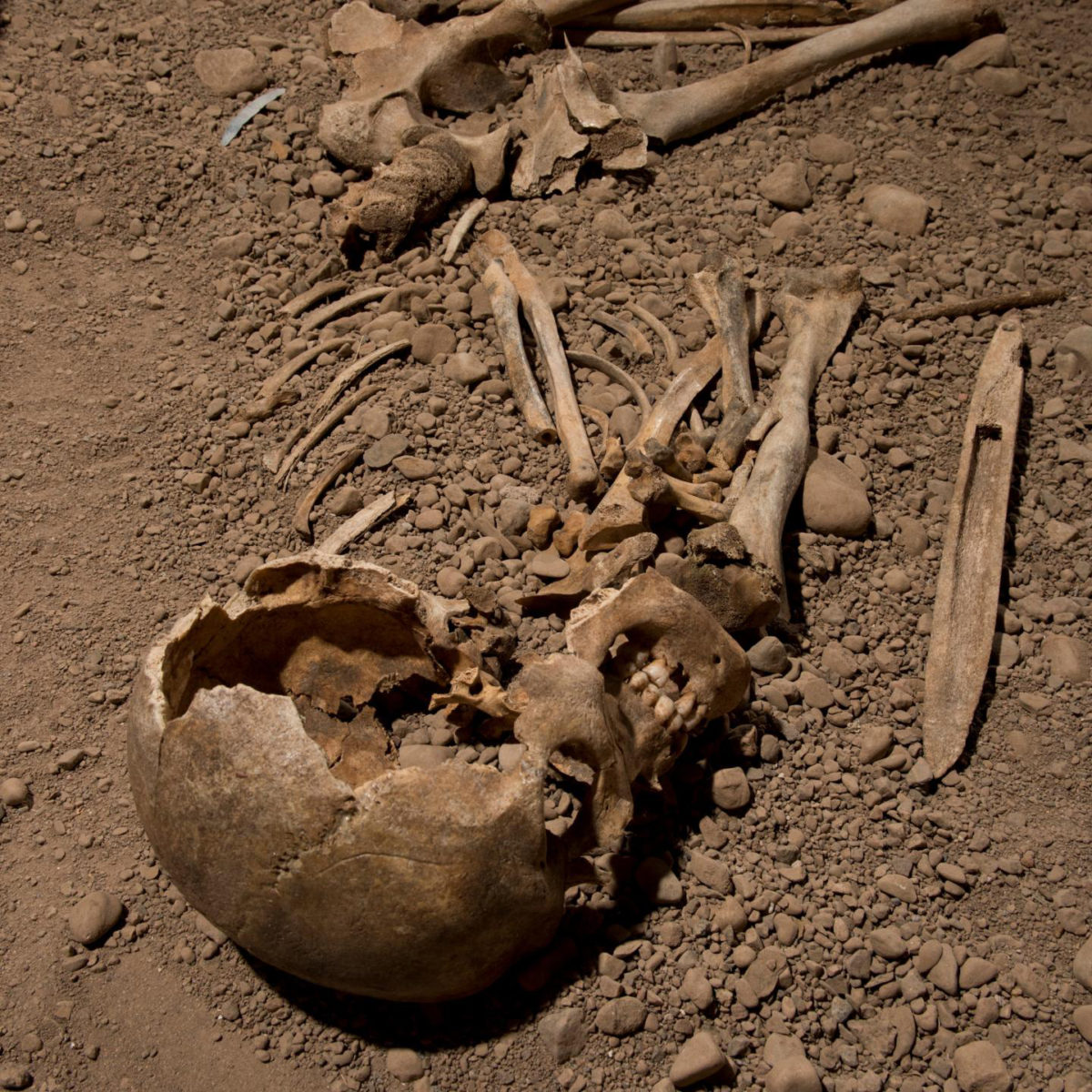 In an interdisciplinary study published in Proceedings of the Royal Society B, an international research team has combined archaeological, genetic and stable isotope data to understand the demographic processes associated with the iconic Battle Axe Culture and its introduction in Scandinavia.

In 1953, a significant burial site belonging to the Battle Axe Culture was found when constructing a roundabout in Linköping. 4,500 years ago, a man and a woman were buried together with a child, a dog and a rich set of grave goods including one of the eponymous battle axes. “Today, we call this site ‘Bergsgraven’. I have been curious about this particular burial for a long time. The collaboration of archaeologists with geneticists allows us to understand more about these people as individuals as well as where their ancestors came from,” says archaeogeneticist Helena Malmström of Uppsala University, lead author of the study.

The Scandinavian Battle Axe Culture appears in the archaeological record about 5,000 years ago and archaeologically it resembles the continental European Corded Ware Culture. “The appearance and development of the culture complex has been debated for a long time, especially whether it was a regional phenomenon or whether it was associated with migratory processes of human groups, and — if the latter — from where,” says osteoarchaeologist Jan Storå of Stockholm University, one of the senior authors of the study.

By sequencing the genomes of prehistoric individuals from present-day Sweden, Estonia and Poland, the research team showed that the Scandinavian Battle Axe Culture and continental Corded Ware Culture share a common genetic ancestry, which had not been present in Scandinavia or central Europe before 5,000 years ago. “This suggests that the introduction of this new cultural manifestation was associated with movements of people. These groups have a history which we ultimately can trace back to the Pontic Steppe north of the Black Sea,” says population geneticist Torsten Günther of Uppsala University, co-lead author of the study.

In previous studies, the research team had been able to show that other cultural changes during the Stone Age, such as the introduction of farming practices, were also associated with movements of people. Torsten Günther: “Again, archaeogenomic analyses reveal new and surprising results concerning demographic processes in the Stone Age.” Jan Storå adds: “Prehistoric movements of people have played a major role in spreading innovations. But there is also some integration and reconnection of previous elements. For example, we find that people sharing the genetic signal of the Battle Axe sites were re-using megalithic tombs for their burials.”

Comparisons between these individuals and other prehistoric Scandinavians provided further valuable insights. Mattias Jakobsson, population geneticist at Uppsala University and one of the senior authors of this study, notes: “It is also interesting that the herders from the Battle Axe Culture differed from other contemporary farmer and hunter-gatherer groups in Scandinavia. At least three genetically and culturally different groups lived side-by-side for centuries and did not mix a lot.”

There is some evidence for low levels of genetic admixture between the incoming herders and other farming cultures. The research team was not able to determine whether this took place before or after their arrival in Scandinavia. “That remains an open question and still leaves room for future studies as more data from additional individuals as well as other geographic regions should provide a more detailed resolution,” concludes Helena Malmström.

The Bergsgraven burial as well as a reconstruction of the individuals is usually on exhibition at Östergötlands Museum in Linköping. “Östergötlands Museum is currently closed for renovation and renewal. Therefore, the display of the Bergsgraven grave has been temporarily removed, but it will be a central part of the upcoming exhibition, in which we aim to integrate current archaeological and historical research. This is a rare opportunity to build a new exhibition, and of course we want to tell the audience about the new analyses and interpretations made of the material,” says Per Nilsson, archaeologist at Östergötlands Museum.