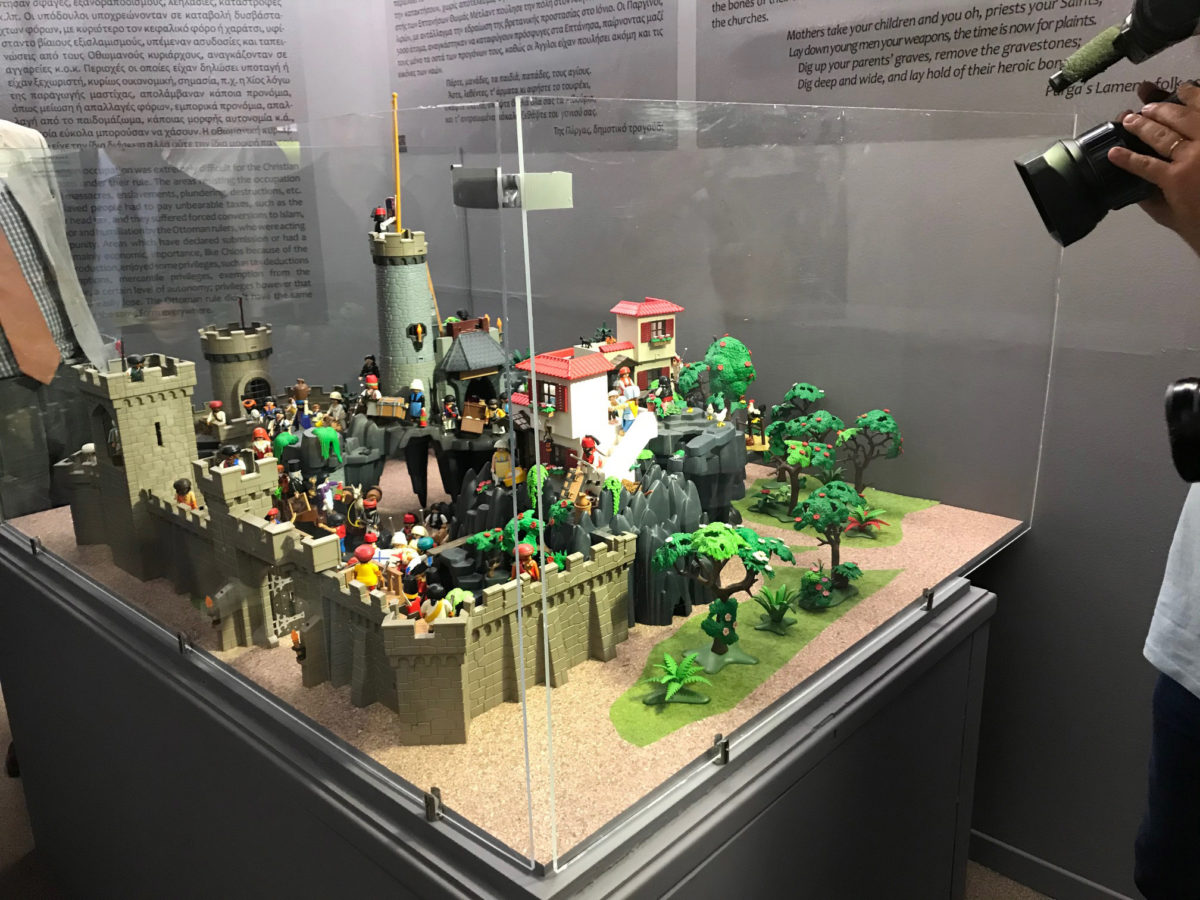 The Greek Revolution in Playmobil dioramas

Opening of exhibition at the National Historical Museum

The exhibition “1821 seen differently. The Greek Revolution in Playmobil dioramas” taking place in the central hall of the National Historical Museum (Old Parliament House) was opened last Sunday October 13 by the minister of Culture and Sports Lina Mendoni. As the MOCAS announced, “It is an original depiction of scenes from the Revolution of 1821 but also of everyday life at the beginning of the 19th century featuring the figurines that are so popular with children and grownups”.

As the minister said, ‟it is very important that events like the Greek Revolution are presented in such an alternative way so as to be accessible and enjoyable to families and children. Young ages should not be cut off from History and should know how and with what struggles the present Greek state was formed”.

More than 20 dioramas are displayed in the exhibition, made of Playmobil figurines. They depict key events of the 1821 Revolution such as the oath taken by the members of the secret society Filiki Eteria, the Exodus of Mesolongi, the siege of Tripolitsa as well as images of daily life. More than 80 leaders of the Revolution, the philhellenes among them and Ottomans who played a key role in the events have all been presented along with a brief biographical note.

The exhibition is part of ‟1821 impacts on today”, a series of events included in the activities of the National Historical Museum for the celebration of the Greek Revolution’s 200th anniversary.  As noted by the Ministry of Culture, more than 1,300 Playmobil figures and accessories were used for the dioramas’ construction The exhibition’s design and supervision was undertaken by the museum’s curators – art historian Natasa Kastritis, archaeologist Panayiota Panaritis and historian Regina Katsimardou.

The exhibition will run through May 2020.