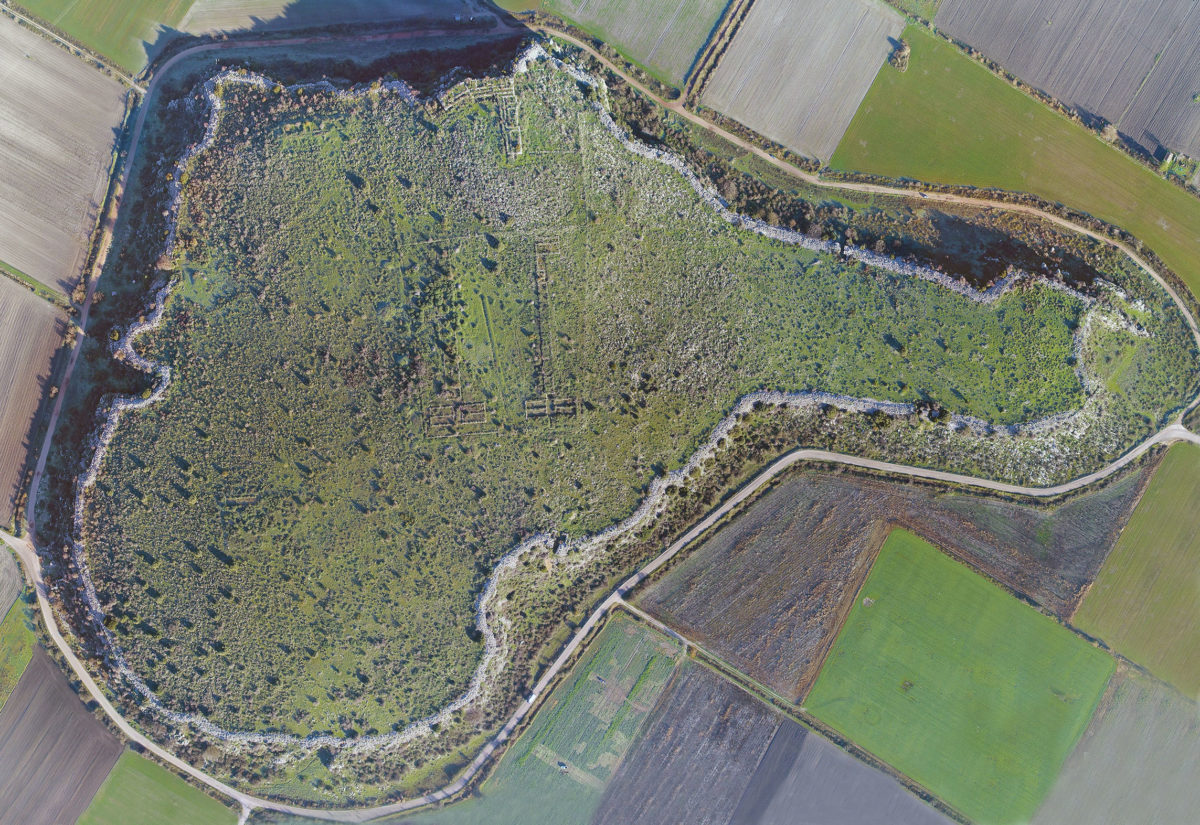 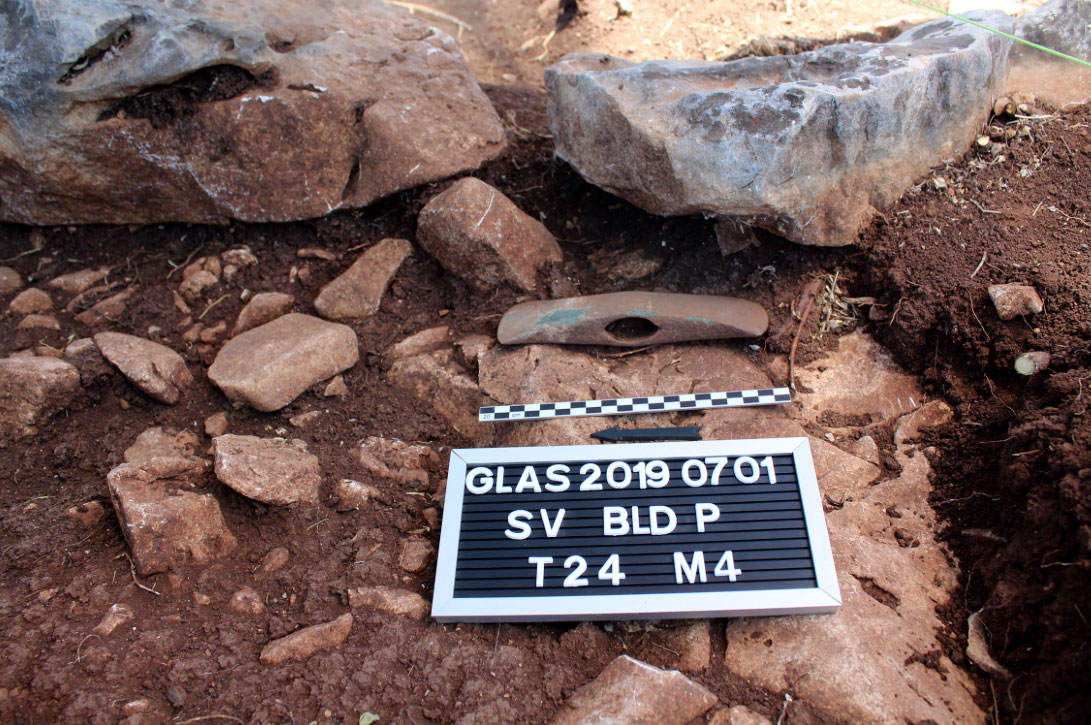 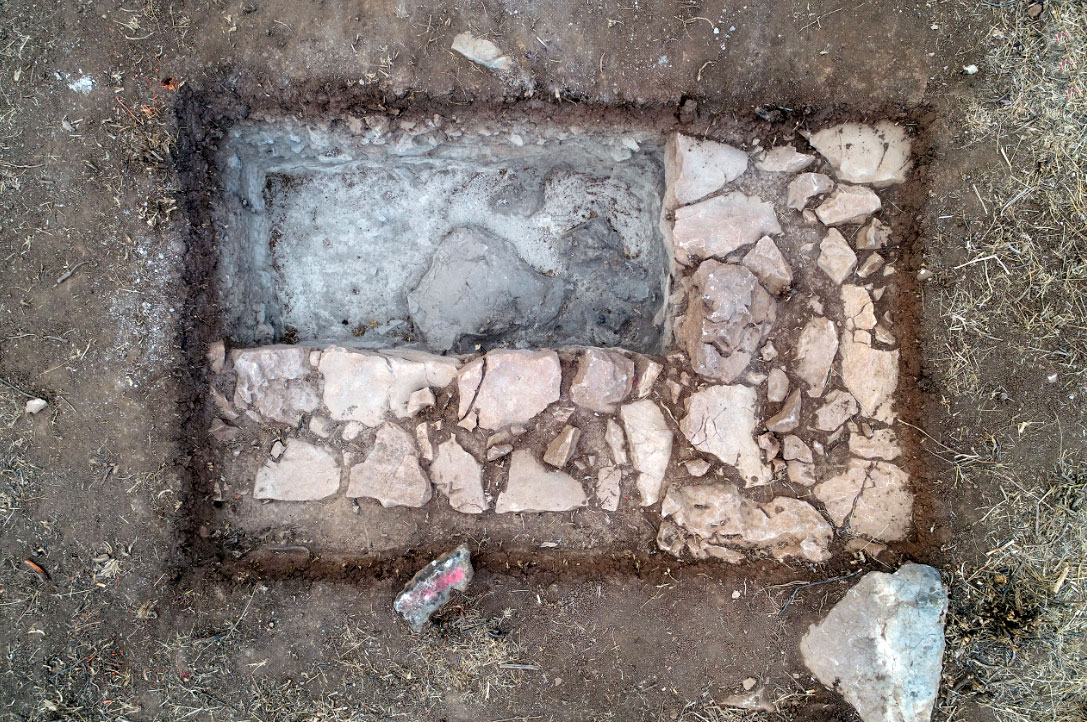 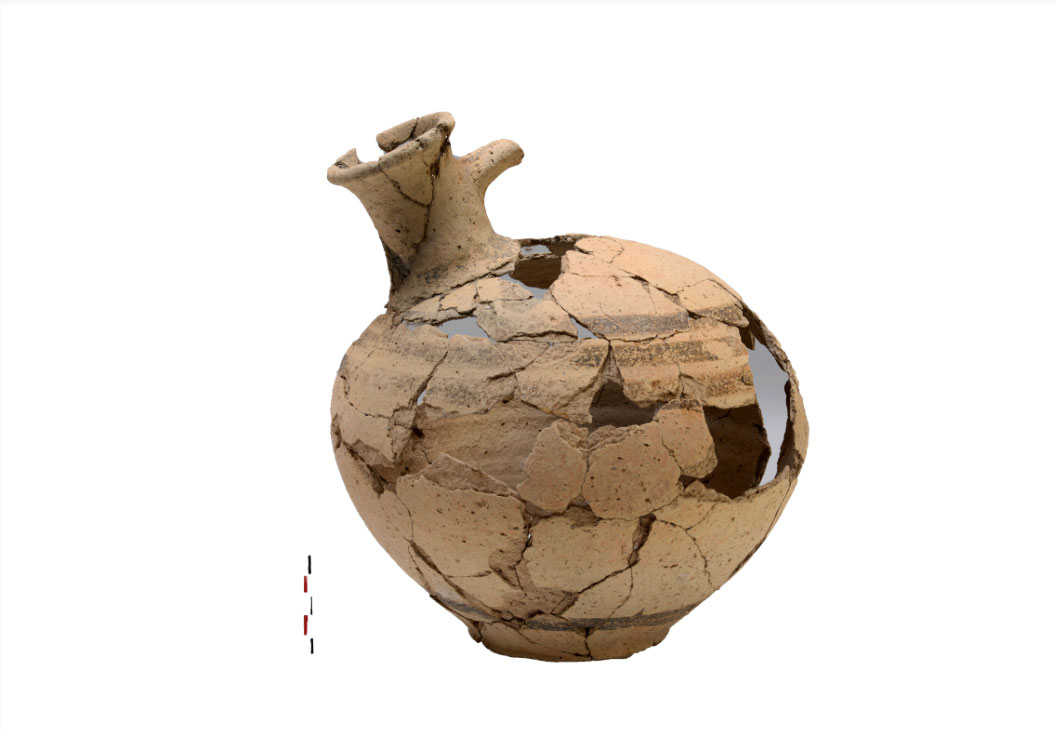 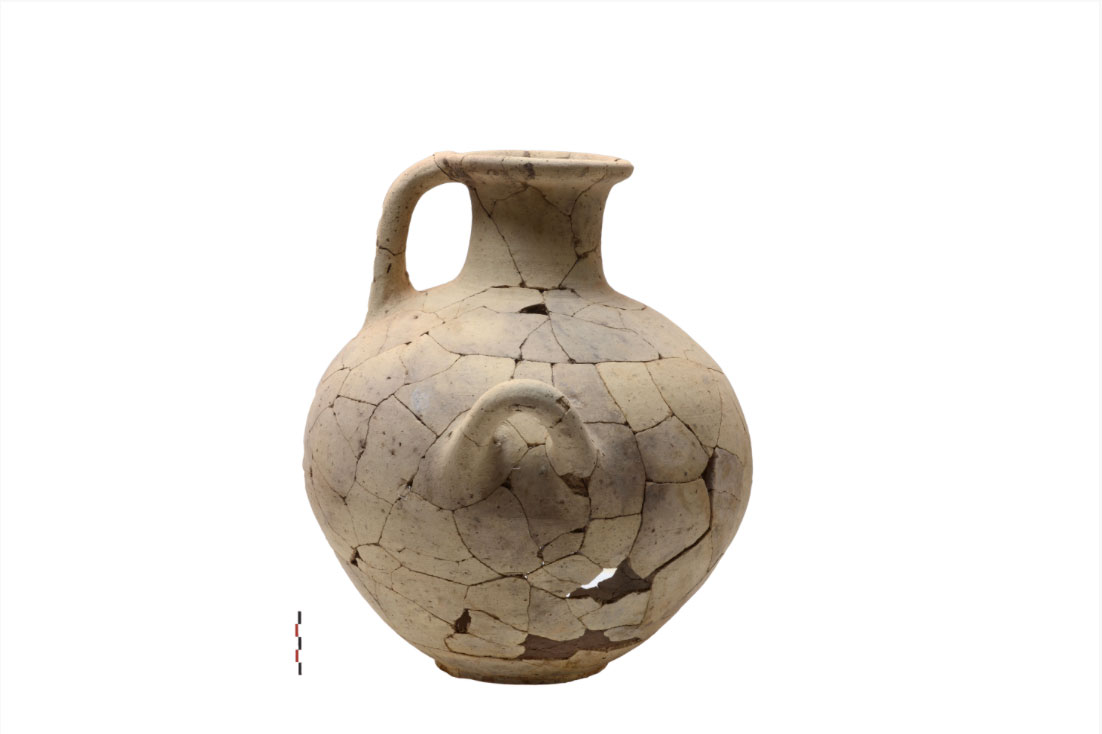 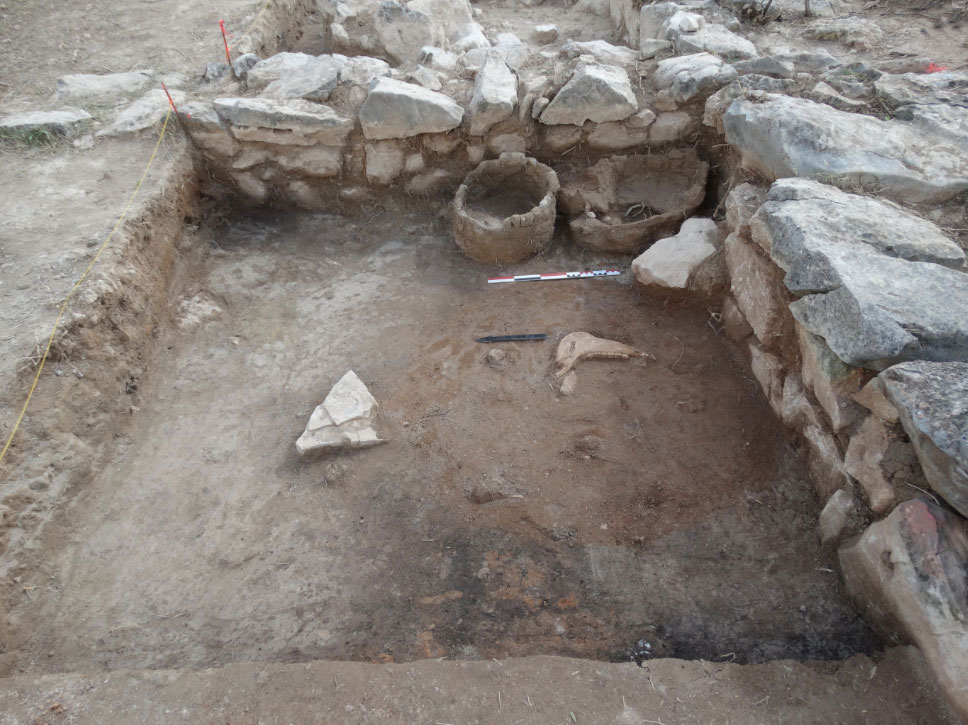 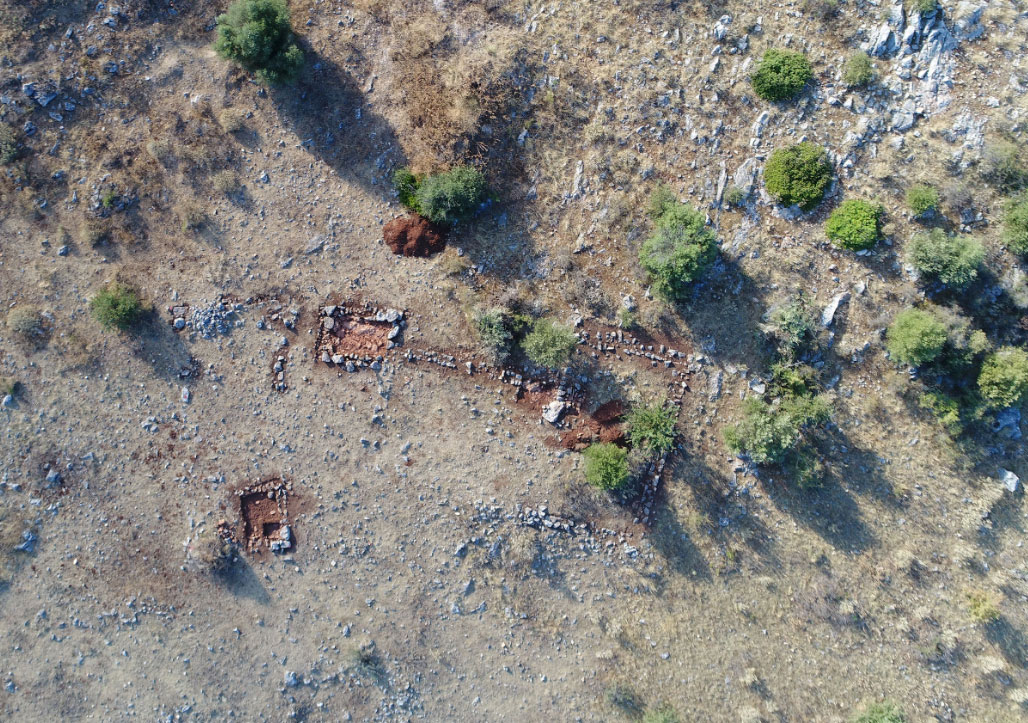 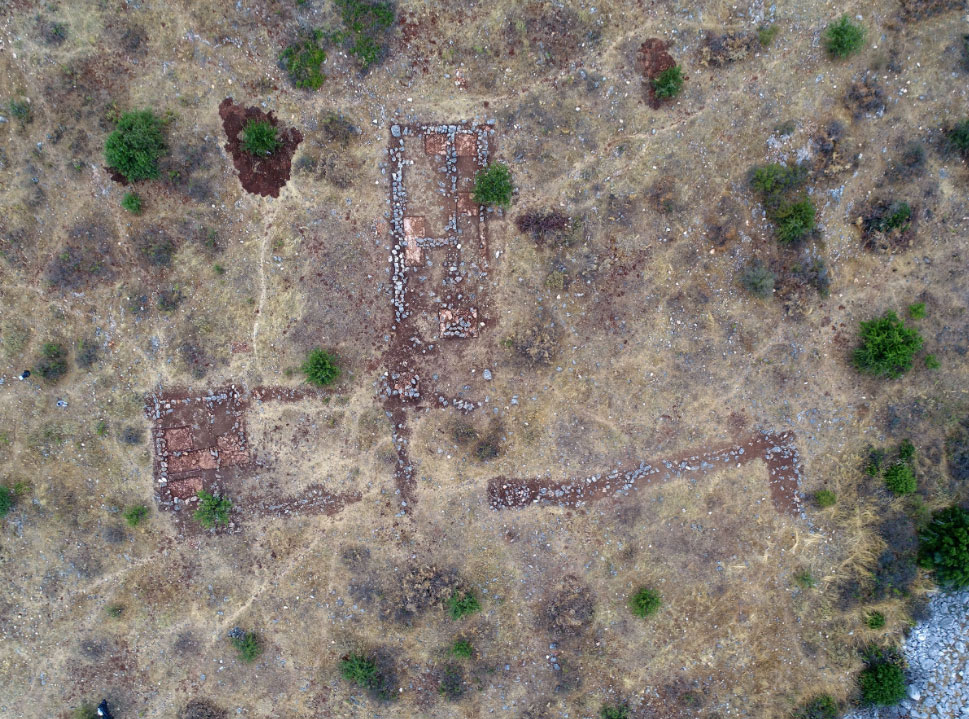 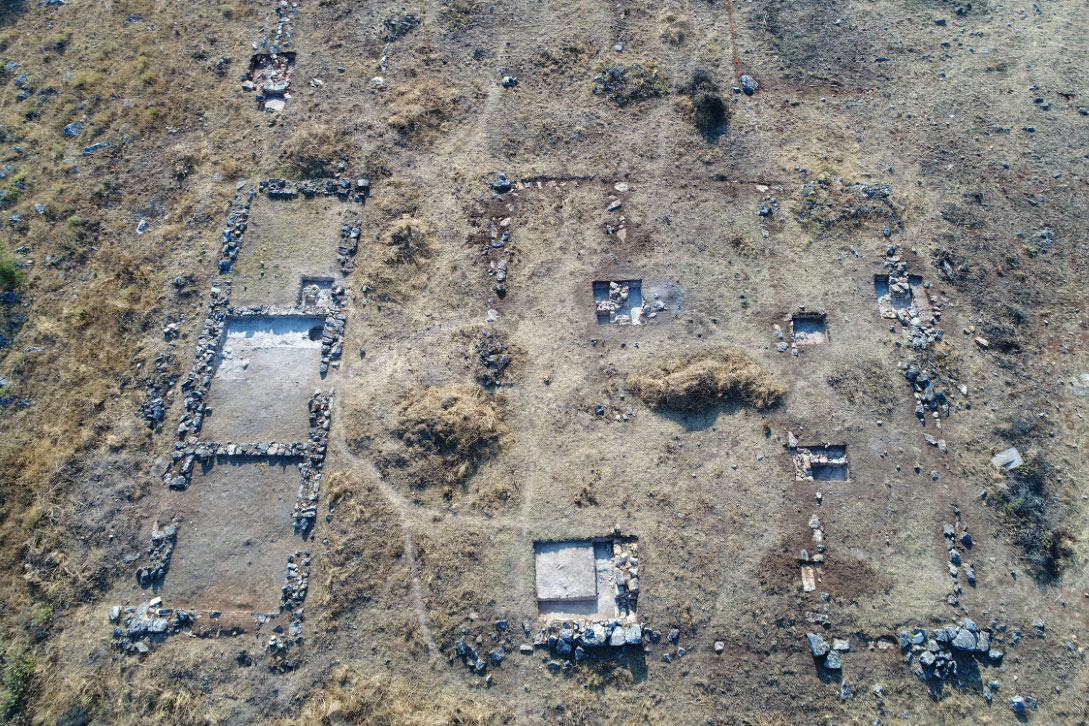 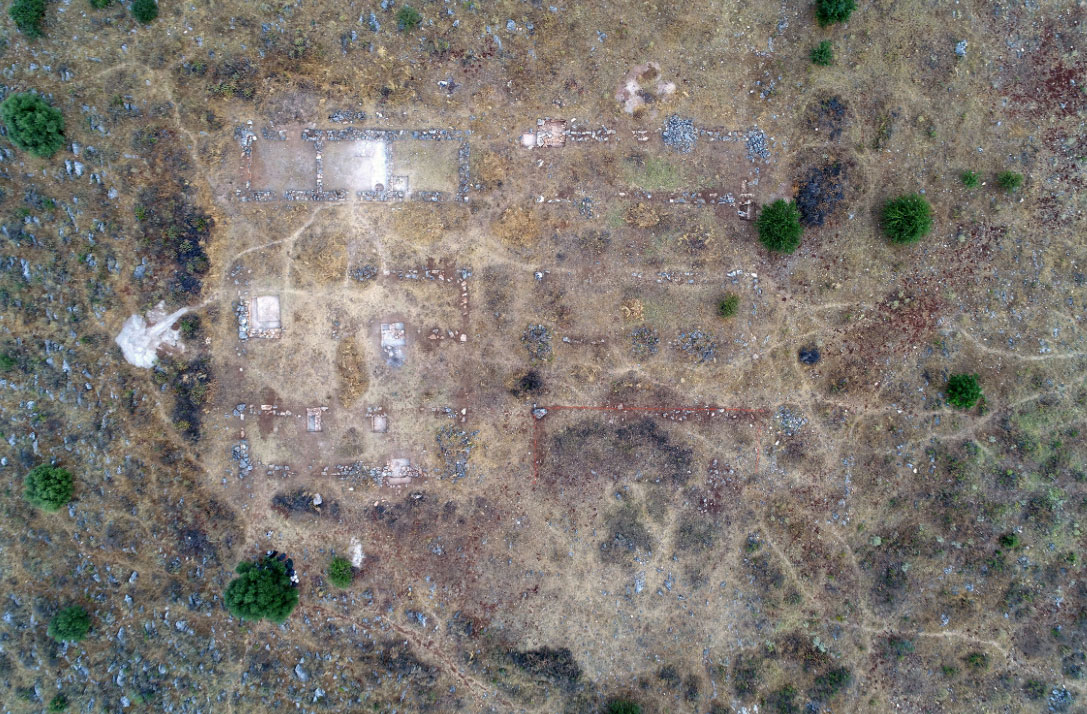 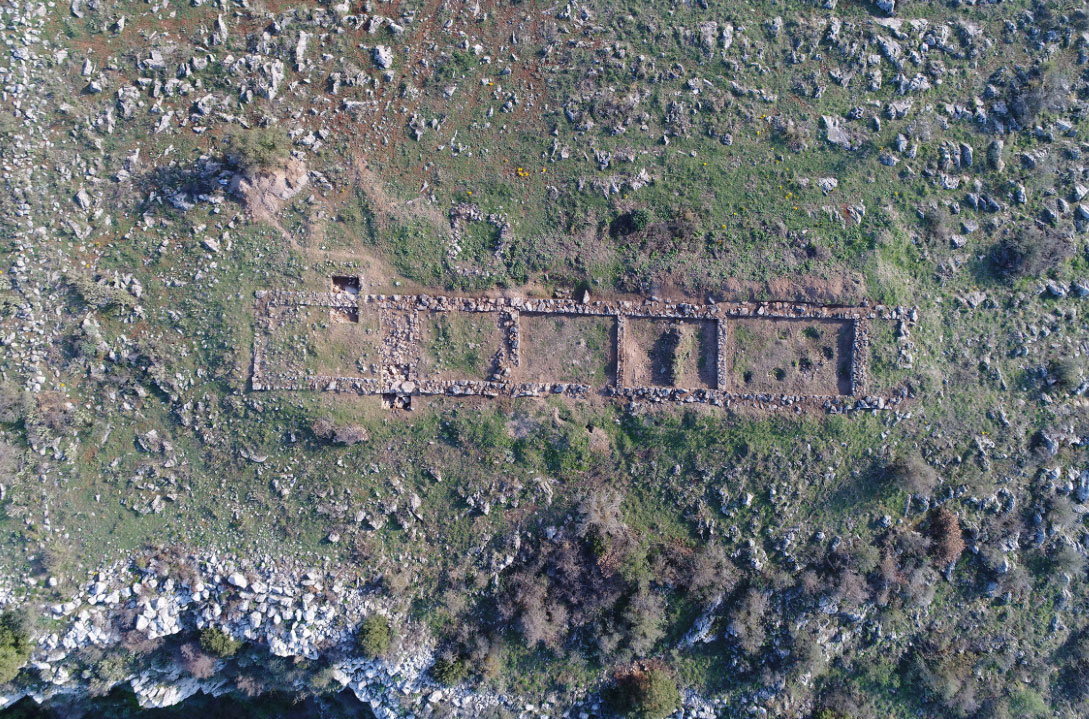 Important new finds from the acropolis of Gla

Important new architectural remains and movable finds dating from the peak of the Mycenaean civilization (ca. 1250 BC) were brought to light in excavations on the acropolis of Gla in Boeotia, conducted by the Archaeological Society of Athens as part of a fiveyear archaeological project including surface survey, geophysical and excavation research (2018-2021).

The Mycenaean settlement at Gla, a precipitous small island at the far north east corner of lake Copais, was founded in the 13th century BC at the same time of the draining of the lake, one of the most impressive technical works in Greek prehistory. It is the largest Mycenaean acropolis-seven times the area of Mycenae- interpreted by the late Spyridon Iakovides as a fortress and technical and financial operational centre for drainage works, as well as being a station for collecting and processing the region’s agricultural products. Its strategic position, providing an unlimited view in all directions, made it possible to oversee the entire plain, particularly its eastern part, as well as having swift access to the north Euboean gulf, thus facilitating communications by sea.

However, Gla’s particular features are neither reminiscent of a palace site with its various sections and numerous archives of linear script, nor of a Mycenaean acropolis in the typical sense of the term. This observation, as well as only 30% of the acropolis being occupied by ruins in an otherwise huge area of more than 49 acres, created a variety of concerns as to Gla’s character, its role in the politics of palatial northern Boeotia and above all its relations with Thebes and Orchomenos. These concerns triggered the restart of excavations on the Gla acropolis in 2018, after an interval of twenty years.

Results from 2018 and 2019 were particularly encouraging. On the north west, southwest and south part of the acropolis five large new building complexes came to light (provisionally named “M”, “N”, “O”, “P” and “Q”) individually or in clusters, arranged symmetrically on an axis and significantly completing the ground plan of the acropolis. The finds from these sites included typical vessels of the Mycenaean period such as stirrup jars, skyphs, hydria vessels, kylix vases, askos vessels, kylikes, prochous, cooking utensils and more. Also found were fragments of wall paintings, lead vessels and sections of anthropomorphic Mycenaean statuettes, confirming the existence of a familiar, common cultural and artistic tradition during the times of a very wide spread Mycenaean expansion.

Specifically, in 2019, excavations were conducted between June 24 to July 14 on the west and south side of the acropolis. The research team went ahead in the further unearthing of a monumental complex that had come to light in 2018 and has been provisionally named “N”. The siting of the complex is on a natural plateau on the top of a smooth, conical hill on the south west part of the acropolis. It is made up of six independent buildings, each measuring 8.60×27.70, with an East-West orientation and common building lines. The volumes of the buildings are in a linear arrangement in groups of three on a N-S axis, with open air spaces between them of equivalent dimensions. Each unit occupies an area of about 240 sq.m. and is divided by stone walls into three separate equal spaces.

Research has also started on new buildings discovered this year on the south side of the acropolis and provisionally named “P”, “O”, and “Q”, that yielded significant finds regarding the architecture, stratigraphy, dating as well as information on the storage and possibly workshop nature of the researched spaces. Standing out among the movable finds this year are large sheets and pieces of lead and Mycenaean vessels with painted decoration that are consistent with finds of earlier excavations on the acropolis. One unusual find was a complete double axe made of bronze, most probably concealed as valuable, perhaps at a time of crisis during later years before the fall of the Mycenaean palaces. The new remains appear to belong to structures repeating architectural features already discovered in earlier excavated buildings on the acropolis: peculiar elongated wings, a particularly large scale and an arrangement on an axis.

Unlike other large Mycenaean acropoleis which have been repeatedly modified, Glas presents a noticeably clear and rare uniform architectural design. According to this, the acropolis fortifications and buildings were constructed at the same period of time belonging, with minor divergences, to the mid 13th century BC. For reasons still unknown, all the new (and earlier excavated) buildings were abandoned around the end of the 13th century B.C. and it seems that when leaving, the inhabitants took with them the greater part of their material culture, submitting to the fate of other Mycenaean palace units.

Scientists of different specialties are participating in the project which includes the study and analyses of the buildings’ structural materials (mud bricks, clay mortar, clay coatings etc.), a geological study and a technical and geological mapping of the acropolis and its surroundings. Zooarchaeological and archaeobotanical data was also analyzed and assessed, with the aim to reproduce the daily life, the settlement’s layout and its economic entity. Samples of sediments were also taken for micromorphological analysis to interpret and understand the way archaeological backfillings have been created.

Also participating in this project are a large number of students from Greek and foreign academic institutions who, under the guidance of experienced archeologists, engineers and conservators, attend pottery and drawing classes and contribute at all levels in organizing and conducting the excavation, providing valuable help to the scientific team and contributing to the progress of the interdisciplinary research and the evolving of archaeological knowledge.

The excavation project is realized by the Archaeological Society of Athens, under Dr Helen Koundouri, Head of the Directorate of Prehistoric and Classical Antiquities of the Ministry of Culture and Sports (MOCAS), in close collaboration with the Boeotia Ephorate of Antiquities and the support of the Orchomenos Municipality and the church of Panagia Scripou. The project is funded by the Region of Central Greece, the Paul and Alexandra Canellopoulos Foundation and the Psycha Foundation.