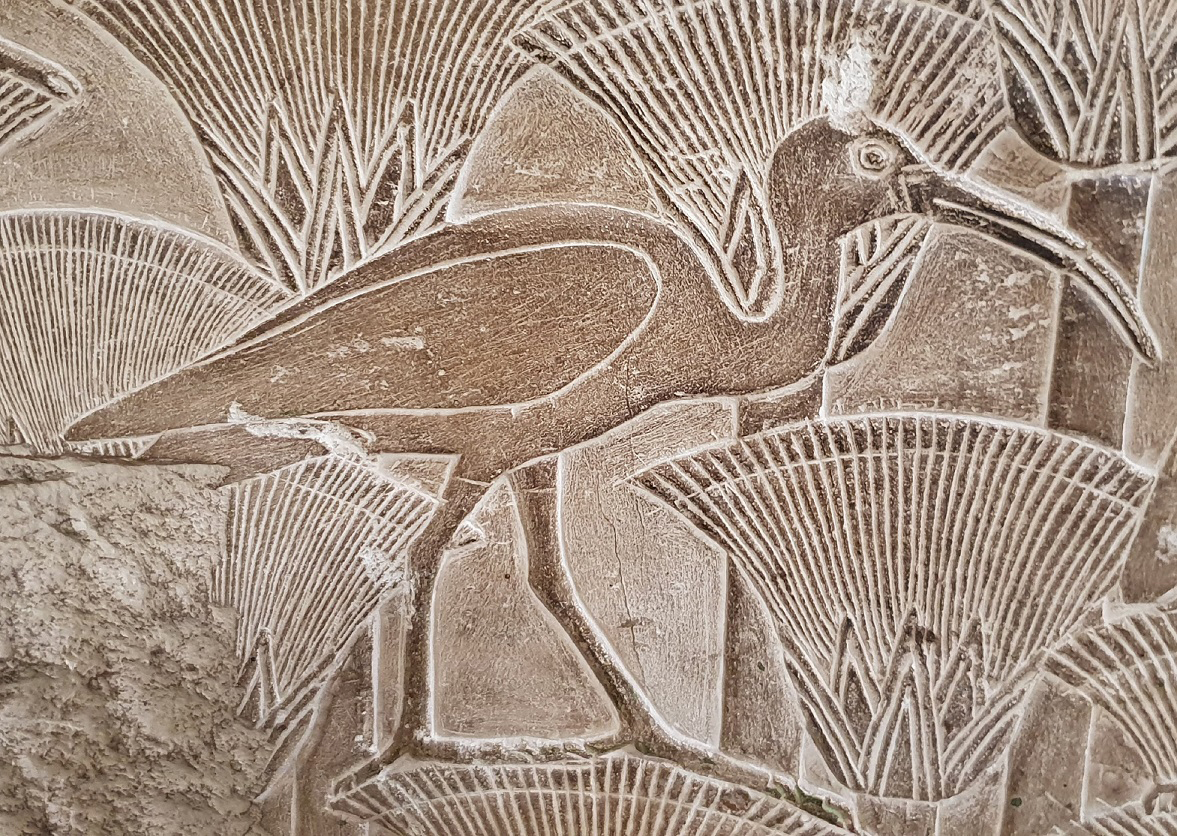 New genetic research into the mummification of ibises found in Egyptian catacombs has shed light on how Ancient Egyptians obtained millions of the ‘wise’ birds to sacrifice annually.

The research, led by Griffith University, investigated historical suggestions that Sacred Ibis were farmed on an industrial scale in order to provide the God of Wisdom Thoth with millions of sacrificed birds each year.

Mitogenomic analyses by the team revealed high genetic diversity among the mummified ibises from various sites. This suggests that mass-scale farming was unlikely and instead supported the possibility that temple priests and locals were able to tame and increase wild populations each year.

Researchers from Australia, New Zealand, the United Kingdom, South Africa Denmark and Egypt contributed to the study, which has been published in PLOS ONE.

Dr Sally Wasef and Professor David Lambert from Griffith’s Australian Research Centre for Human Evolution analysed the mitogenomes (DNA transmitted from the mother only to offspring) of 26 modern Sacred Ibis samples collected from throughout Africa.

Radiocarbon dating revealed that most of the ancient Egyptian ibis mummy samples were aged to ~600BC.

About 15,000 birds were estimated to be mummified and offered annually at each temple site, of which there were many throughout Egypt.  Hence, the yearly total of sacrificed birds was likely in the millions.

The ibises were mummified and placed in clay jars by temple priests then offered to Thoth who had the appearance of a man but the head of an ibis. The mummies were stacked floor-to-ceiling in many rooms lining the catacomb streets.

Dr Wasef said contrary to historical belief that the millions of the birds were industrially farmed for yearly sacrifice, analysis of the mitogenomes of the mummified birds from the various sites showed a high genetic diversity among them.

“This suggests it is unlikely that Sacred Ibis were farmed on a mass scale as the genetic consequences of that would have been low genetic diversity owing to the shared DNA between in-breeding family groups over time,” she said.

“If the ancient Egyptians had bred the Ibis in local homes or wetlands surrounding the temples, it would have been just a short-term practice to support the considerable yearly demand.

“It seems clear that they did not establish long-term industrial scale farms to have millions of birds to sacrifice each year.

“We suggest that the genetic data indicates that the local people obtained wild ibis yearly, tamed them and raised them for mummification, so it was also beneficial for the community and the economy.”

Dr Wasef adds that had there been an industrial-scale farming operation, the expedition team would not have found ‘fake’ mummies (mummified feathers and nests) in the temple catacombs as there would have been plenty of ibises to sacrifice and offer.

Professor Lambert remarked: “mitogenomic analyses outlined here are appropriate in this case because the timeframe under study was short, being only 2000-3000 years.”

Thoth was the god of wisdom, magic, writing, and the moon. His head was shaped like that of an ibis. The ancient Egyptians believed the Sacred Ibis – very similar species to Australia’s white ibis – was very wise in drinking only clean water.

“Here in Australia we call the ibis a ‘bin chicken’, but if you did the same in ancient Egypt you would be put to death,” Dr Wasef said.

“To ancient Egyptians the Sacred Ibis was a God, something to be revered and worshiped. So this research hopefully might result in our humble ‘bin chicken’ being seen in a new light.”

The research ‘Mitogenomic Diversity in Sacred Ibis Mummies sheds light on early Egyptian practices’ has been published in PLOS ONE.