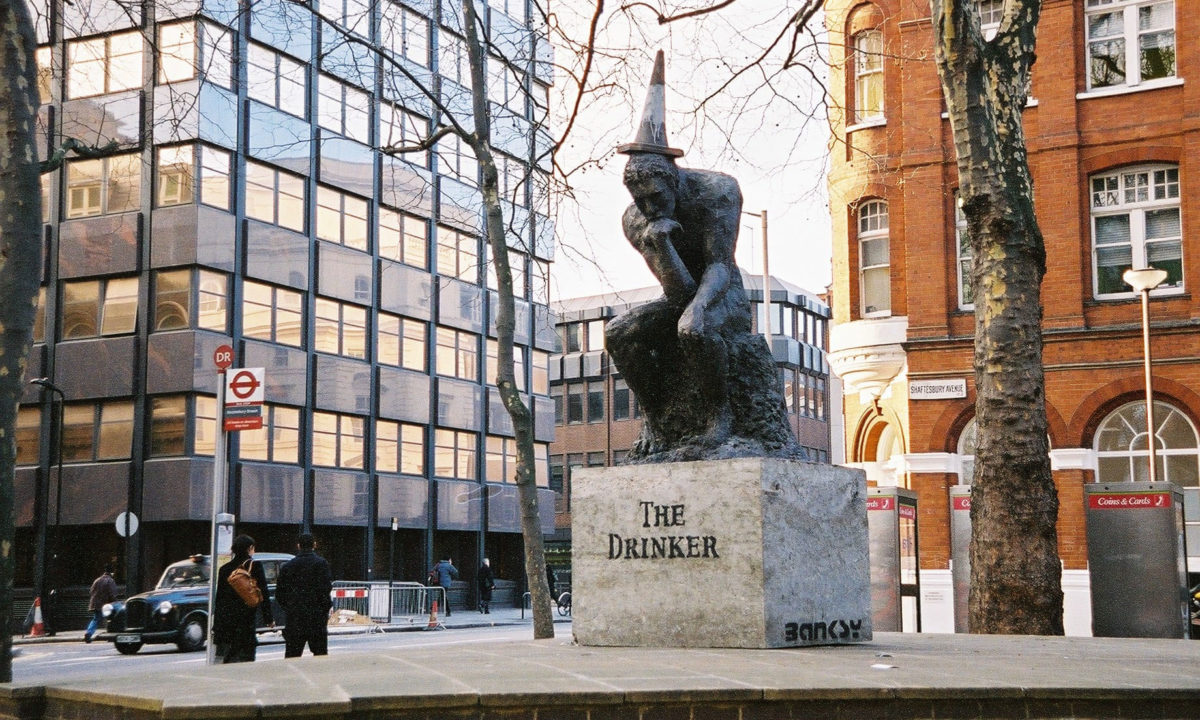 Banksy’s The Drinker avoided being auctioned at the last minute

Sotheby’s house removed the sculpture from the auction

It is a story worthy of the best thriller film: the bone of contention is an art work, The Drinker, a sculpture of 2004 by Banksy and the setting is an auction hall of Sotheby’s in London, last Tuesday November 19. As the house was, on the face of it, swiftly advancing towards the auctioning of a twice stolen artwork, one hour before the start of the procedure, it withdrew the sculpture estimated to be worth 1.3 million dollars. The British auction house issued a laconic statement: “The work was withdrawn in agreement with the consignor”.

According to the sale catalogue, Banksy had originally installed the sculpture in a small square in Soho in 2004 (its similarity to Rodin’s The Thinker is obvious).  The sculpture was removed from its pedestal by Andy Link, aka AK47, the leader of the Art Kieda “arto-politico” group, who declared it to the police as an “artistic find” and then got in touch with Banksy asking for a ransom of 5,000 pounds or an original work of art to cover his expenses. “As far as I’m concerned, tell him I’ll give him enough money for petrol and matches to burn the damn thing” was the answer of the sculpture’s creator. The case had then gained international publicity.

Around 2007, the work was “liberated” from Andy Link’s garden in the East End by some colleagues of Banksy’s former agent Steve Lazarides. For the next seven to eight years it stayed in a storeroom until in 2014 it came into the possession of its present owner, who most probably is the anonymous “consignor” referred to in Sotheby’s press release.

“I don’t understand how Sotheby’s can sell this work when I have such evidence”, said Link to The Guardian. The auction house replied that it was “satisfied that the consignor had the legal right to put the work up for auction”. It avoided clarifying how much the sender’s decision to withdraw the sculpture was influenced by Andy Link publicly expressing his claim to the rights on the work.