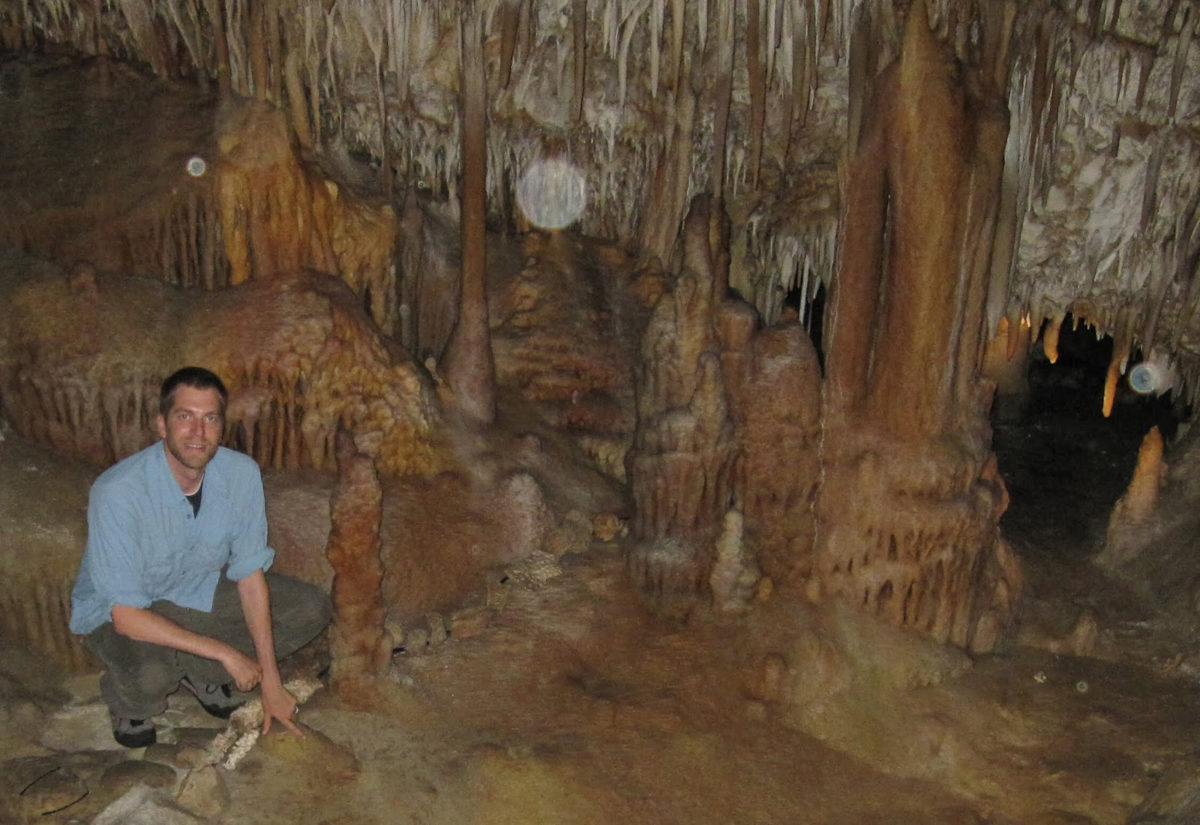 Last year, scientists announced that a human jawbone and prehistoric tools found in 2002 in Misliya Cave, on the western edge of Israel, were between 177,000 and 194,000 years old.

The finding suggested that modern humans, who originated in Africa, began migrating out of the continent at least 40,000 years earlier than scientists previously thought.

But the story of how and when modern humans originated and spread throughout the world is still in draft form. That’s because science hasn’t settled how many times modern humans left Africa, or just how many routes they may have taken.

A new study published this week in the Proceedings of the National Academy of Sciences by American and Israeli geoscientists and climatologists provides evidence that summer monsoons from Asia and Africa may have reached into the Middle East for periods of time going back at least 125,000 years, providing suitable corridors for human migration.

“It could be important context for experts studying how, why, and when early modern humans were migrating out of Africa,” says lead author Ian Orland, a University of Wisconsin-Madison geoscientist now at the Wisconsin Geological and Natural History Survey, in the Division of Extension. “The Eastern Mediterranean was a critical bottleneck for that route out of Africa and if our suggestion is right, at 125,000 years ago and potentially at other periods, there may have been more consistent rainfall on a year-round basis that might enhance the ability of humans to migrate.”

For as long as humans have kept records, winters have been wet and summers have been hot and dry in the Levant, a region that includes Israel, Syria, Lebanon, Jordan and Palestine. Before modern times, those hot, dry summers would have presented a significant barrier to people trying to move across the landscape.

Scientists, though, have found it difficult to determine what kinds of precipitation patterns might have existed in the prehistoric Levant. Some studies examining a variety of evidence, including pollen records, ancient lake beds, and Dead Sea sediments, along with some climate modeling studies, indicate summers in the region may have, on occasion, been wet.

To try to better understand this seasonality, Orland and colleagues looked at cave formations called speleothems in Israel’s Soreq Cave. Speleothems, such as stalactites and stalagmites, form when water drips into a cave and deposits a hard mineral called calcite. The water contains chemical fingerprints called isotopes that keep a record, like an archive, of the timing and environmental conditions under which speleothems have grown.

Among these isotopes are different forms of oxygen molecules — a light form called O16 and a heavy form called O18. Today, the water contributing to speleothem growth throughout much of the year has both heavy and light oxygen, with the light oxygen predominantly delivered by rainstorms during the winter wet season.

Orland and his colleagues hypothesized they might be able to discern from speleothems whether two rainy seasons had contributed to their growth at times in the past because they might show a similar signature of light oxygen in both winter and summer growth.

But to make this comparison, the scientists had to make isotope measurements across single growth bands, which are narrower than a human hair. Using a sensitive instrument in the UW-Madison Department of Geoscience called an ion microprobe, the team measured the relative amounts of light and heavy oxygen at seasonal increments across the growth bands of two 125,000-year-old speleothems from Soreq Cave.
This was the first time that seasonal changes were directly measured in a speleothem this old.

At the same time that Orland was in pursuit of geologic answers, his UW-Madison colleague in the Nelson Institute for Environmental Studies Center for Climatic Research, Feng He, was independently using climate models to examine how vegetation on the planet has changed with seasonal fluctuations over the last 800,000 years. Colleagues since graduate school, He and Orland teamed up to combine their respective approaches after learning their studies were complementary.

A previous study in 2014 from UW-Madison climatologist and Professor Emeritus John Kutzbach showed that the Middle East may have been warmer and wetter than usual during two periods of time corresponding roughly to 125,000 years ago and 105,000 years ago. Meanwhile, at a point in between, 115,000 years ago, conditions there were more similar to today.

This provided He an opportunity to study high and low insolation rainfall during summer seasons in the Middle East and to study its isotopic signatures.

The climate model “fueled the summer monsoon hypothesis” because it suggested that “under these conditions, the monsoons could have reached the Middle East and would have a low O18 signature,” He, a study co-author, says. “It’s a very intriguing period in terms of climate and human evolution.”
His model showed that northward expansion of the African and Asian summer monsoons was possible during this time period, would have brought significant rainfall to the Levant in the summer months, would have nearly doubled annual precipitation in the region, and would have left an oxygen isotope signature similar to winter rains.

At the same time, Orland’s speleothem isotype analysis also suggested summers were rainier during peak insolation at 125,000 and 105,000 years ago.

For similar reasons, the Middle East may have also been warm and humid around 176,000 years ago, the researchers say — about when the jawbone made its way to Misliya Cave. And before the jawbone, the previous oldest modern human fossils found outside of Africa were at Israel’s Skh?l Cave, dating back between 80,000 and 120,000 years ago.

Overall, the study suggests that during a period of time when humans and their ancestors were exploring beyond the African continent, conditions may have been favorable for them to traverse the Levant.