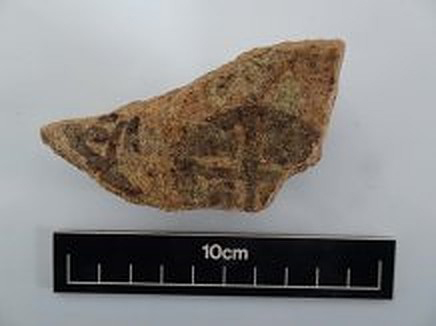 Probably remains of a former monastery

Archaeologists have found the first evidence showing Christianity was practised in Bahrain, a discovery which sheds light on a missing part of the country’s history.

Ancient documents have suggested there were Christian communities in the country before the spread of Islam in the 7th century, but this is the first time buildings or objects have been discovered which prove this.

The remains are thought to be of a former monastery, which then became a Muslim cemetery, and in the 17th century a mosque was built on top. Archaeologists believe it is likely there are more Christian sites in Bahrain which could be discovered in the future.

Names of towns or villages had also provided evidence that Christianity was practiced in Bahrain between the 4th and 7th centuries, a village close to the archaeological site is called Deir, which means monastery in Arabic. Little is known about how Islam initially spread throughout the Gulf and why people stopped practising Christianity. Evidence of Christian sites have also been found on Islands belonging to Iran and Abu Dhabi.

Professor Tim Insoll, from the University of Exeter, worked on the excavations with the local community, who initially investigated the mound and who requested help in uncovering its history.

Professor Insoll said: “It has been hard to find evidence of Christian Bahrain because these sites and buildings have since been used for different purposes and are now underneath modern housing, which is why this discovery is so special”.

“The historical memory of these times exists in the names of towns, and even people, as well as historical documents, so we knew there was concrete evidence to discover, and we hope to find more in the future.”

The archaeological remains were found late last month in the village of Samahij, on the northern coast of Muharraq island. Samahij was probably the location of the episcopal seat of Meshmahig mentioned variously in historical sources between 410 and 647, and one of the centres of the country’s pearl trade.

Also found at the site were the remains of wine jars, glass goblets and pottery, which dates from the 7th century. One of the wine jars is inscribed in what is thought to be an Aramaic language called Psalter Pahlavi.

The work was led by Professor Insoll and Dr Rachel MacLean of the University of Exeter and Dr Salman Almahari of the Bahrain Authority for Culture and Antiquities, with additional input from Professor Robert Carter who studied the ceramics found.

The substantial building, measuring 17m x 10m, was probably part of a monastery or large house. The building was likely occupied in the 7th century just before the people converted to Islam. The building has several rooms and was decorated with carved plaster. A cross has been found carved onto a piece of stone and another cross was found painted on a pot sherd.

It is likely that the Christians who used the building were part of the Nestorian Church which flourished in the Gulf between the 4th/5th and 7th centuries.

The site was found in a mound located in the center of Samahij cemetery, no graves were disturbed. The remains of a small mosque known as the “Sheikh Malik mosque”, was also discovered on the top of this mound, with the Christian building directly beneath it.

The mound was first investigated three years ago on a small scale by the Bahrain Authority for Culture and Antiquities at the request of the local people, and the joint British-Bahraini team resumed the work again this year. The research was sponsored by the Crown Prince of Bahrain, HRH Sheikh Salman bin Hamad Al Khalifa. Professor Insoll and his team hope to return to the site next year to complete further excavations.