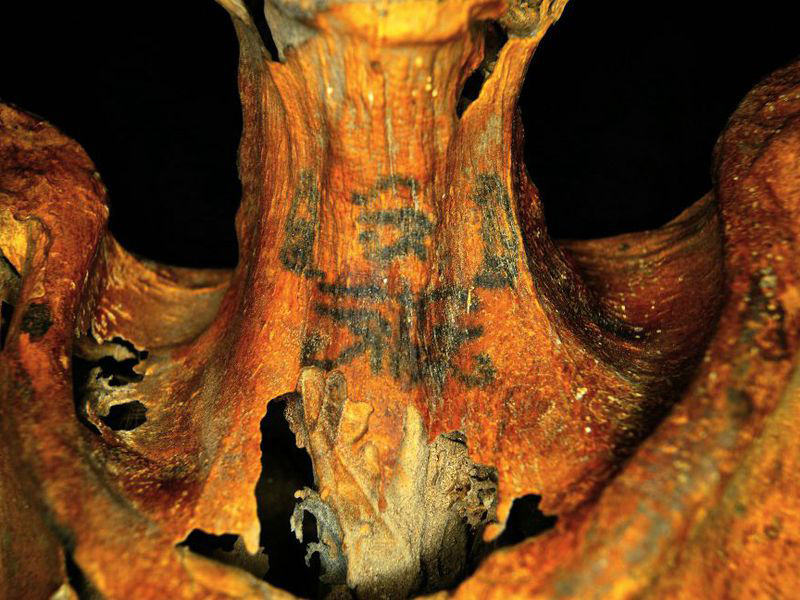 Tattoos more popular among Ancient Egyptians than once thought

Tattoos were more popular among Ancient Egyptians than once thought, new research reveals. With the help or infrared photography, an American archaeologist revealed tattoos on a large group of ancient Egyptian mummies. Anne Austin of the University of Missouri – St. Louis, working within the Institut Français d’Archéologie Orientale (IFAO), conducted research on the bodies of thirteen mummies found at the necropolis of the royal tombs’ workmen’s village at Deir el-Medina, opposite Luxor, revealing that all of them were tattooed. She announced her findings at the annual meeting of the American Schools of Oriental Research, last November.

According to her research abstract, the story begins in 2014, when the mission of the IFAO identified an extensively tattooed mummy from the necropolis at Deir el-Medina.

Since then, Austin worked and identified several other individuals with tattoos among the many unpublished human remains at the site.  In her lecture “Recent Evidence for the Practice of Tattooing in Ancient Egypt”, Austin presented these tattooed individuals in addition to the most recent finds from the bioarchaeological team of the 2019 IFAO mission at Deir el-Medina.

“The distribution, display, and content of these tattoos reveal how they were used both in religious practice and to forge permanent, public identities. The extensive tattoos on one female mummy demonstrates the use of tattoos for identifying and enabling this woman to act as a key religious practitioner to the Deir el-Medina community. Additional tattoos found and analyzed during the 2016 and 2019 seasons using infrared photography indicate that many more individuals were likely tattooed at Deir el-Medina. Additionally, the designs and placement of tattoos varied broadly,” Austin states.

So far, it was known that the practice of tattooing in ancient Egypt was rarely attested. As patterns are rarely visible to the naked eye, Egyptologists have identified tattoos on only a handful of mummies spanning Pharaonic Egypt’s more than 3,000-year history. Moreover, textual evidence is virtually silent on the practice and art historical evidence is often ambiguous. As a result, Austin’s research offers some of the most comprehensive evidence we have to date of the practice of tattooing in ancient Egypt and highlights the importance of technological advances in doing so.