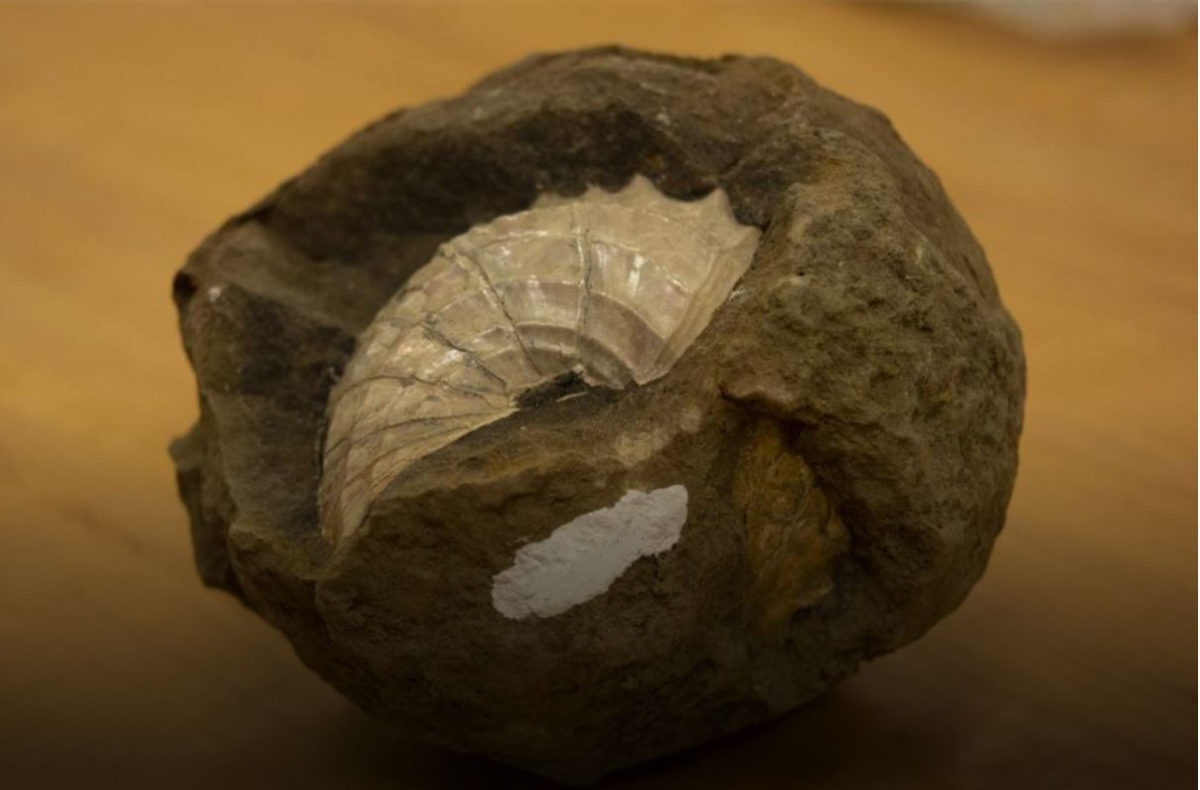 Earth was stressed before dinosaur extinction

New evidence gleaned from Antarctic seashells confirms that Earth was already unstable before the asteroid impact that wiped out the dinosaurs.

The study, led by researchers at Northwestern University, is the first to measure the calcium isotope composition of fossilized clam and snail shells, which date back to the Cretaceous-Paleogene mass extinction event. The researchers found that — in the run-up to the extinction event — the shells’ chemistry shifted in response to a surge of carbon in the oceans.

This carbon influx was likely due to long-term eruptions from the Deccan Traps, a 200,000-square-mile volcanic province located in modern India. During the years leading up to the asteroid impact, the Deccan Traps spewed massive amounts of carbon dioxide (CO2) into the atmosphere. The concentration of CO2 acidified the oceans, directly affecting the organisms living there.

“Our data suggest that the environment was changing before the asteroid impact,” said Benjamin Linzmeier, the study’s first author. “Those changes appear to correlate with the eruption of the Deccan Traps.”

“The Earth was clearly under stress before the major mass extinction event,” said Andrew D. Jacobson, a senior author of the paper. “The asteroid impact coincides with pre-existing carbon cycle instability. But that doesn’t mean we have answers to what actually caused the extinction.”

The study will be published in the January 2020 issue of the journal Geology, which comes out later this month.

Jacobson is a professor of Earth and planetary sciences in Northwestern’s Weinberg College of Arts and Sciences. Linzmeier was a postdoctoral researcher with the Ubben Program for Climate and Carbon Science at the Institute for Sustainability and Energy at Northwestern when the research was conducted. He is now a postdoctoral fellow at the University of Wisconsin-Madison in the Department of Geoscience.

‘Each shell is a snapshot’

Previous studies have explored the potential effects of the Deccan Traps eruptions on the mass extinction event, but many have examined bulk sediments and used different chemical tracers. By focusing on a specific organism, the researchers gained a more precise, higher-resolution record of the ocean’s chemistry.

“Shells grow quickly and change with water chemistry,” Linzmeier said. “Because they live for such a short period of time, each shell is a short, preserved snapshot of the ocean’s chemistry.”

Seashells mostly are composed of calcium carbonate, the same mineral found in chalk, limestone and some antacid tablets. Carbon dioxide in water dissolves calcium carbonate. During the formation of the shells, CO2 likely affects shell composition even without dissolving them.

For this study, the researchers examined shells collected from the Lopez de Bertodano Formation, a well-preserved, fossil-rich area on the west side of Seymour Island in Antarctica. They analyzed the shells’ calcium isotope compositions using a state-of-the-art technique developed in Jacobson’s laboratory at Northwestern. The method involves dissolving shell samples to separate calcium from various other elements, followed by analysis with a mass spectrometer.

“We expected to see some changes in the shells’ composition, but we were surprised by how quickly the changes occurred,” Linzmeier said. “We also were surprised that we didn’t see more change associated with the extinction horizon itself.”

The researchers said that understanding how the Earth responded to past extreme warming and CO2 input can help us prepare for how the planet will respond to current, human-caused climate change.

“To some degree, we think that ancient ocean acidification events are good analogs for what’s happening now with anthropogenic CO2 emissions,” Jacobson said. “Perhaps we can use this work as a tool to better predict what might happen in the future. We can’t ignore the rock record. The Earth system is sensitive to large and rapid additions of CO2. Current emissions will have environmental consequences.”