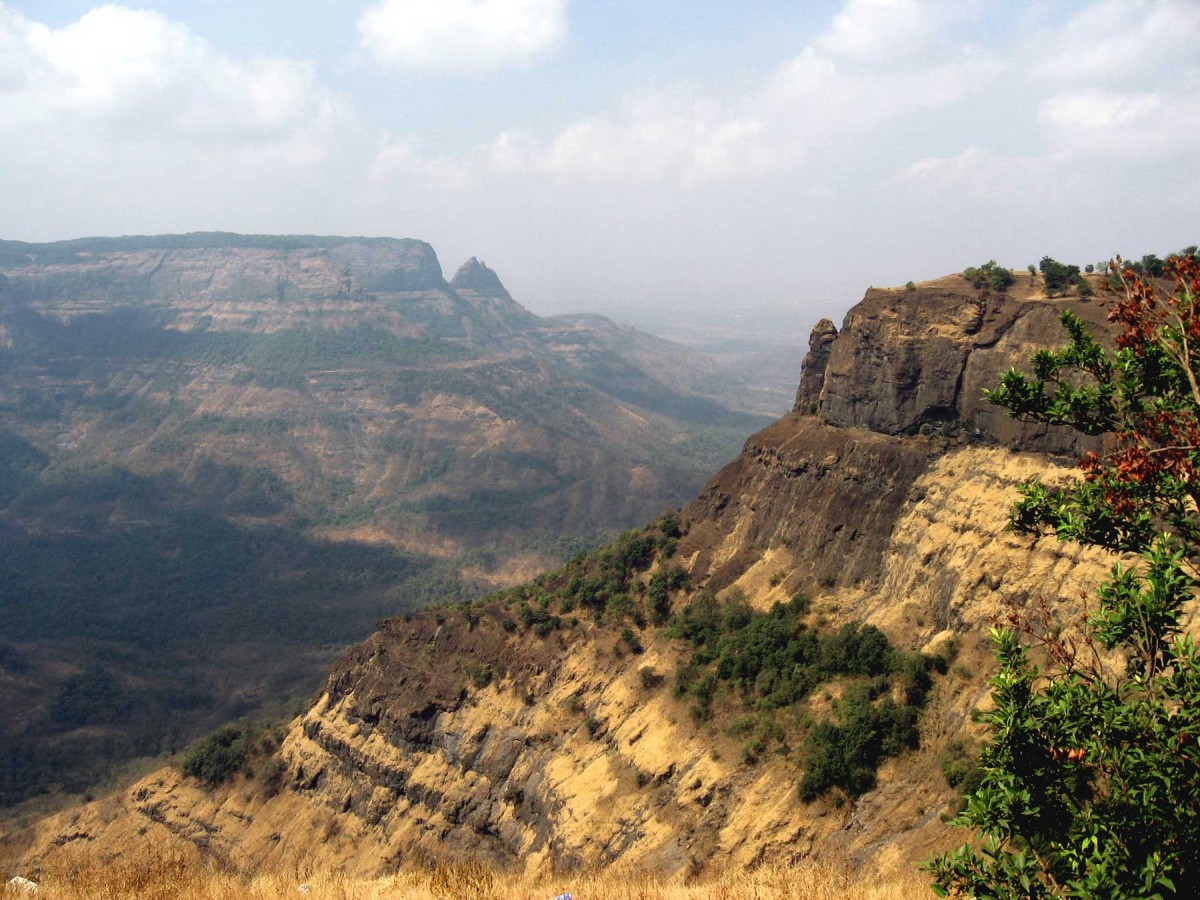 A definitive geological timeline shows that a series of massive volcanic explosions 66 million years ago spewed enormous amounts of climate-altering gases into the atmosphere immediately before and during the extinction event that claimed Earth’s non-avian dinosaurs, according to new research from Princeton University.

A primeval volcanic range in western India known as the Deccan Traps, which were once three times larger than France, began its main phase of eruptions roughly 250,000 years before the Cretaceous-Paleogene, or K-Pg, extinction event, the researchers report in the journal Science. For the next 750,000 years, the volcanoes unleashed more than 1.1 million cubic kilometers (264,000 cubic miles) of lava. The main phase of eruptions comprised about 80-90 percent of the total volume of the Deccan Traps’ lava flow and followed a substantially weaker first phase that began about 1 million years earlier.

The Deccan Traps’ part in the K-Pg extinction is consistent with the rest of Earth history, explained lead author Blair Schoene, a Princeton assistant professor of geosciences who specializes in geochronology. Four of the five largest extinction events in the last 500 million years coincided with large volcanic eruptions similar to the Deccan Traps. The K-Pg extinction is the only one that coincides with an asteroid impact, he said.

“The precedent is there in Earth history that significant climate change and biotic turnover can result from massive volcanic eruptions, and therefore the effect of the Deccan Traps on late-Cretaceous ecosystems should be considered,” Schoene said.

The researchers used a precise rock-dating technique to narrow significantly the timeline for the start of the main eruption, which until now was only known to have occurred within 1 million years of the K-Pg extinction, Schoene said. The Princeton group will return to India in January to collect more samples with the purpose of further constraining eruption rates during the 750,000-year volcanic episode.

Schoene and his co-authors gauged the age of petrified lava flows known as basalt by comparing the existing ratio of uranium to lead given the known rate at which uranium decays over time. The uranium and lead were found in tiny grains — less than a half-millimeter in size — of the mineral zircon. Zircon is widely considered Earth’s best “time capsule” because it contains a lot of uranium and no lead when it crystallizes, but it is scarce in basalts that cooled quickly. The researchers took the unusual approach of looking for zircon in volcanic ash that had been trapped between lava flows, as well as within thick basalt flows where lava would have cooled more slowly.

The zircon dated from these layers showed that 80-90 percent of the Deccan Traps eruptions occurred in less than a million years, and began very shortly — in geological terms — before the K-Pg extinction. To produce useful models for events such as the K-Pg extinction, scientists want to know the sequence of events to within tens of thousands of years or better, not millions, Schoene said. Margins of millions of years are akin to “a history book with events that have no dates and are not written in chronological order,” he said.

“We need to know which events happened first and how long before other events, such as when did the Deccan eruptions happen in relation to the K-Pg extinction,” Schoene said. “We’re now able to place a higher resolution timeframe on these eruptions and are one step closer to finding out what the individual effects of the Deccan Traps eruptions were relative to the Chicxulub meteorite.”

Vincent Courtillot, a geophysicist and professor at Paris University Diderot, said that the paper is important and “provides a significant improvement on the absolute dating of the Deccan Traps.” Courtillot, who is familiar with the Princeton work but had no role in it, led a team that reported in the Journal of Geophysical Research in 2009 that Deccan volcanism occurred in three phases, the second and largest of which coincides with the K-Pg mass extinction. Numerous other papers from his research groups are considered essential to the development of the Deccan Traps hypothesis. (The Princeton researchers also plan to test the three-phases hypothesis, Schoene said. Their data already suggests that the second and third phase might be a single period of eruptions bridged by smaller, “pulse” eruptions, he said.)

The latest work builds on the long-time work by co-author Gerta Keller, a Princeton professor of geosciences, to establish the Deccan Traps as a main cause of the K-Pg extinction. Virginia Tech geologist Dewey McLean first championed the theory 30 years ago and Keller has since become a prominent voice among a large group of scientists who advocate the idea. In 2011, Keller published two papers that together proposed a one-two punch of Deccan volcanism and meteorite strikes that ended life for more than half of Earth’s plants and animals.

Existing models of the environmental effects of the Deccan eruptions used timelines two to three times longer than what the researchers found, which underestimated the eruptions’ ecological fallout, Keller explained. The amount of carbon dioxide and sulfur dioxide the volcanoes poured out would have produced, respectively, a long-term warming and short-term cooling of the oceans and land, and resulted in highly acidic bodies of water, she said.

Because these gases dissipate somewhat quickly, however, a timeline of millions of years understates the volcanoes’ environmental repercussions, while a timeframe of hundreds of thousands of years — particularly if the eruptions never truly stopped — provides a stronger correlation. The new work confirms past work by placing the largest Deccan eruptions nearer the K-Pg extinction, but shows a much shorter time frame of just 250,000 years, Keller said.

“These results have significantly strengthened the case for volcanism as the primary cause for the mass extinction, as well as for the observed rapid climate changes and ocean acidification,” Keller said.

“The Deccan Traps mass extinction hypothesis has already enjoyed wide acceptance based on our earlier work and a number of studies have independently confirmed the global effects of Deccan volcanism just prior to the mass extinction,” she said. “The current results will go a long way to strengthen the earlier results as well as further challenge the dominance of the Chicxulub hypothesis.”