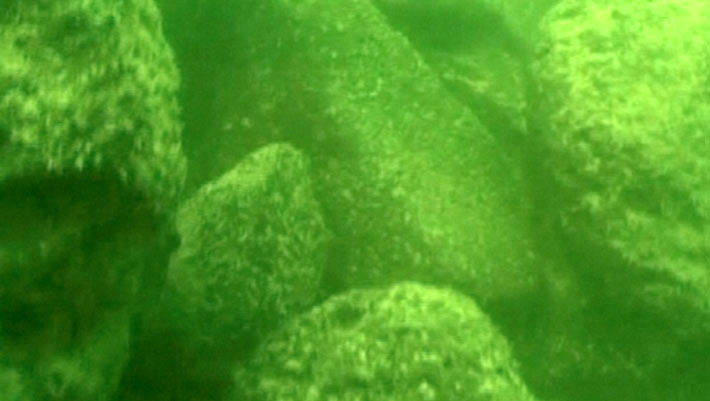 What Lies Beneath the Sea of Galilee?

A cone-shaped man-made monument, a product of skilled construction seems to be the mysterious structure located last April on the Sea of Galilee sea bed by researchers from Tel Aviv University.

The research team, consisting of Prof. Shmulik Marco of TAU’s Department of Geophysics and Planetary Sciences, the TAU Profs. Zvi Ben-Avraham and Moshe Reshef, and TAU alumni Dr. Gideon Tibor of the Oceanographic and Limnological Research Institute, had stumbled upon a cone-shaped monument, approximately 230 feet in diameter, 39 feet high, and weighing an estimated 60,000 tons, while conducting a geophysical survey on the southern Sea of Galilee. The structure’s age was calculated by combining the height of the sand surrounding the structure’s base and the rates of sand accumulation on the spot.

Initial findings indicate that the structure was built using basalt stones brought from more than a mile away, on dry land, approximately 6,000 years ago, and it was later submerged under the water. According to Dr. Yitzhak Paz (Antiquities Authority & Ben-Gurion University) the site, recently detailed in the International Journal of Nautical Archaeology, resembles early burial sites in Europe and was likely connected with the neighbouring Bronza Age settlement of Beit Yerah.

Now the researchers plan to organise a specialized underwater excavations team in order to examine the surface where the structure was built, to gather material and to reconstruct the site’s geological history.