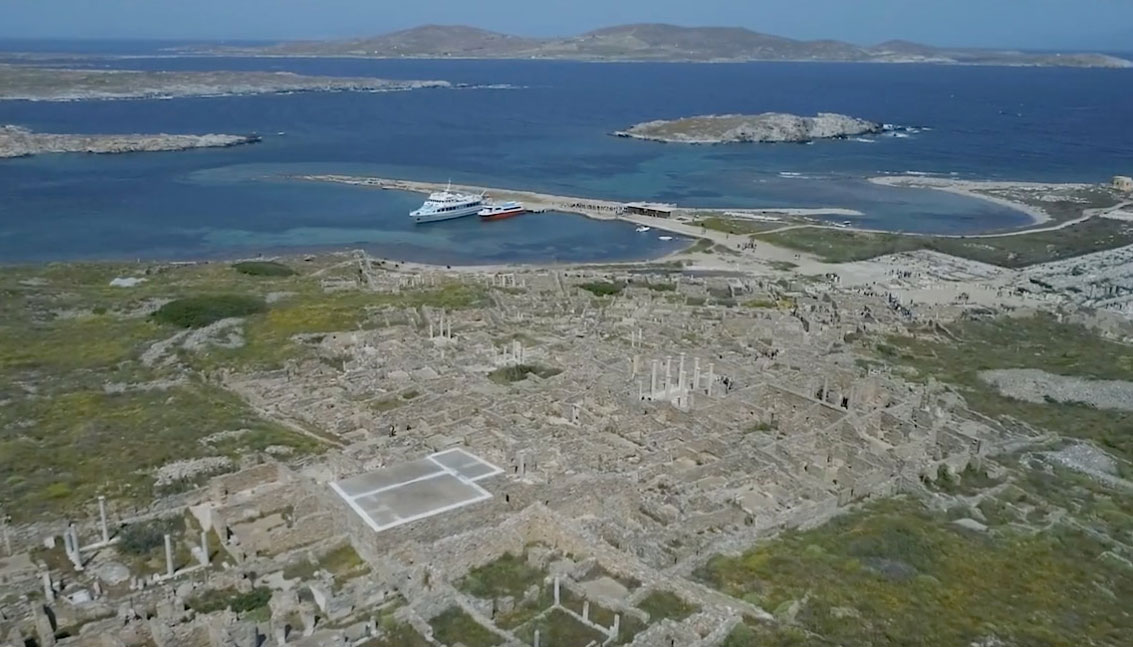 Lina Mendoni at the COP25 conference in Madrid

In her address to the COP25 side event in Madrid, Minister of Culture and Sports Lina Mendoni referred to interdisciplinary research that contributes to better knowledge and therefore to an improvement in addressing and managing the impacts of climate change. The Ministry’s announcement draws attention to Greece’s comparative advantage, due to its long history, of possessing evidence from written sources and archaeological data on the state of climate change that supports the drawing up of plans for the future.

In her address with the topic “Learning from the past: Ancient sources, monuments and sites and intangible heritage”, Lina Mendoni referred to the following: “Since I am also an archaeologist, I shall present characteristic testimonies from ancient literature about the climate phenomena of the past, to understand how closely they relate to the design and implementation of specific policies for the protection of monuments and sites today. Although monuments in Greece are not at immediate risk, we cannot underestimate climate risk. And that is why we are taking precautionary measures.

There are over a thousand direct and indirect references to the hydrological, climatic and meteorological phenomena in the Greco-Roman world. They make up an extremely diverse terminology that includes more than sixty terms.

“We know Aristotle’s extensive description and classification of meteorological phenomena. Before him, Herodotus and Thucydides referred to the first earthquake on Delos in the 5th century BC. Indeed, the island emerged from the depths of the Aegean due to a volcanic eruption, resulting in “a-Delos/ the invisible land,” becoming the island of Delos. Today, the island is threatened by the retreating of tectonic plates and rising sea levels, exacerbated by climate change.

“In the 2nd AD century, Pausanias recorded the floods of the Alfeios River in the sanctuary of Olympia, as well as the floods in the older city of Delphi, which dates back to the time of Deucalion.  The same phenomena related to floods and erosion, augmented by the effects of climate change, continue to occur today in these two world heritage sites. They are also threatened by the longer and dryer summer season.

“Sources can be linked to indirect archives on climatic conditions originating from the study of natural materials, namely from the dating of cycles of growth, pollen grain analysis, sedimentology, glaciers, and also from archaeological evidence. It is a large and complete scientific archive with data on climate history.

“Contemporary interdisciplinary research involves a qualitative and systematic approach to all available data. This helps us to: (a) reconstruct and analyze natural disasters and risks for the period prior to meteorological observations, (b) observe long-term tendencies and consequences from a historical point of view and (c) examine the vulnerability and resilience of societies of the past.

“Ancient sources shed light on peoples’ manner and degree of response.  One such case is a Greek inscription on medical aid to the population of Samos after the earthquake of 199/8 BC provided by the state physician Diodorus, son of Dioskourides, which can also be described as the first example of crisis management.

“In addition, testimonies allow for the tracing of episodes where the climate factor seems to have directly or indirectly influenced historical developments, people’s lives and their relations to nature and its phenomena. They allow us to better understand the interaction of humans with their environment, i.e. the impact of climate on social and economic development, but also the impact of human activity on climate change.

“Material cultural heritage also has intangible dimensions. All monuments, movable and immovable, are products of intangible know-how: masonry, carpentry, etc. At the same time, human interaction with the environment results in the overall cultural landscape incorporating both cultivation techniques as well as knowledge and beliefs about the universe and nature.

“The policies and tools used by the Ministry of Culture to address the impact of climate change on our country’s monuments and archaeological sites are based on both scientific and traditional knowledge,” said Ms. Mendoni. “A special interdisciplinary working group has been set up at the Ministry of Culture with the aim of assessing the potential impacts of climate change on cultural heritage. It is studying specialized adjustment plans that will form part of existing management plans.

“One of our main tools is the digital recording and management of 21,000 monuments and sites, and their protection zones, with the help of an integrated information system, the so-called Archaeological Land Registry, which can be linked to climate maps. In this context we had suggested at the New York Convention the setting up of an international summer school”.