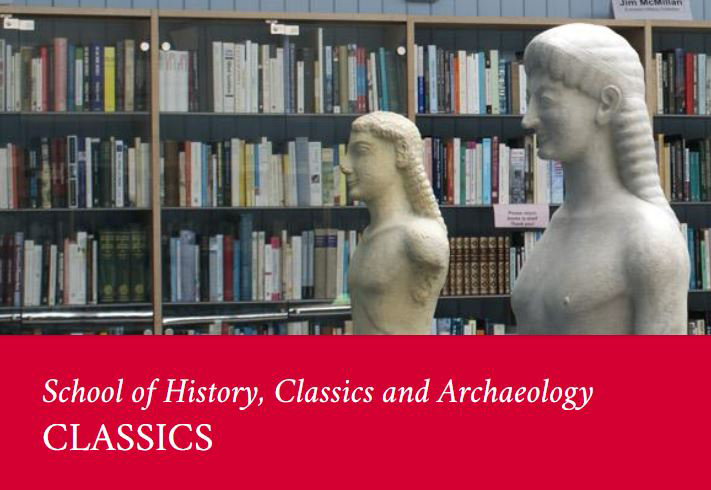 The programme for Edinburgh’s Research Seminar in Classics has been announced.

22/01    Anja Slawisch (Edinburgh) ‘Death on the road to Didyma: Finds from the archaic necropolis at Milesian Panormos’

12/02     Matilda Brown & Alex Imrie (Edinburgh) ‘Keeping it in the family: Re-evaluating the role of the Emesene Severans’

26/02     Gunnel Ekroth (Uppsala) ‘A leg of lamb or a slice of pork? Portioning practices at Greek feasts’

11/03     Markus Scholz (Frankfurt) ‘The greed for silver. Roman military installations and mining beyond the Rhine in the first century AD’

25/03     Julian Gallego (Buenos Aires) ‘Land for the Athenian poor: The politics of redistribution outside Attica during the 5th century BC’

01/04     Irene S. Lemos (Oxford) ‘Resilience, transformation, and sustainability: Greece from the end of the Late Bronze to the Early Iron Age’*

Elizabeth Jeffreys, ‘From Homer to Diogenis Akritis: Epics on the Byzantine frontier’*