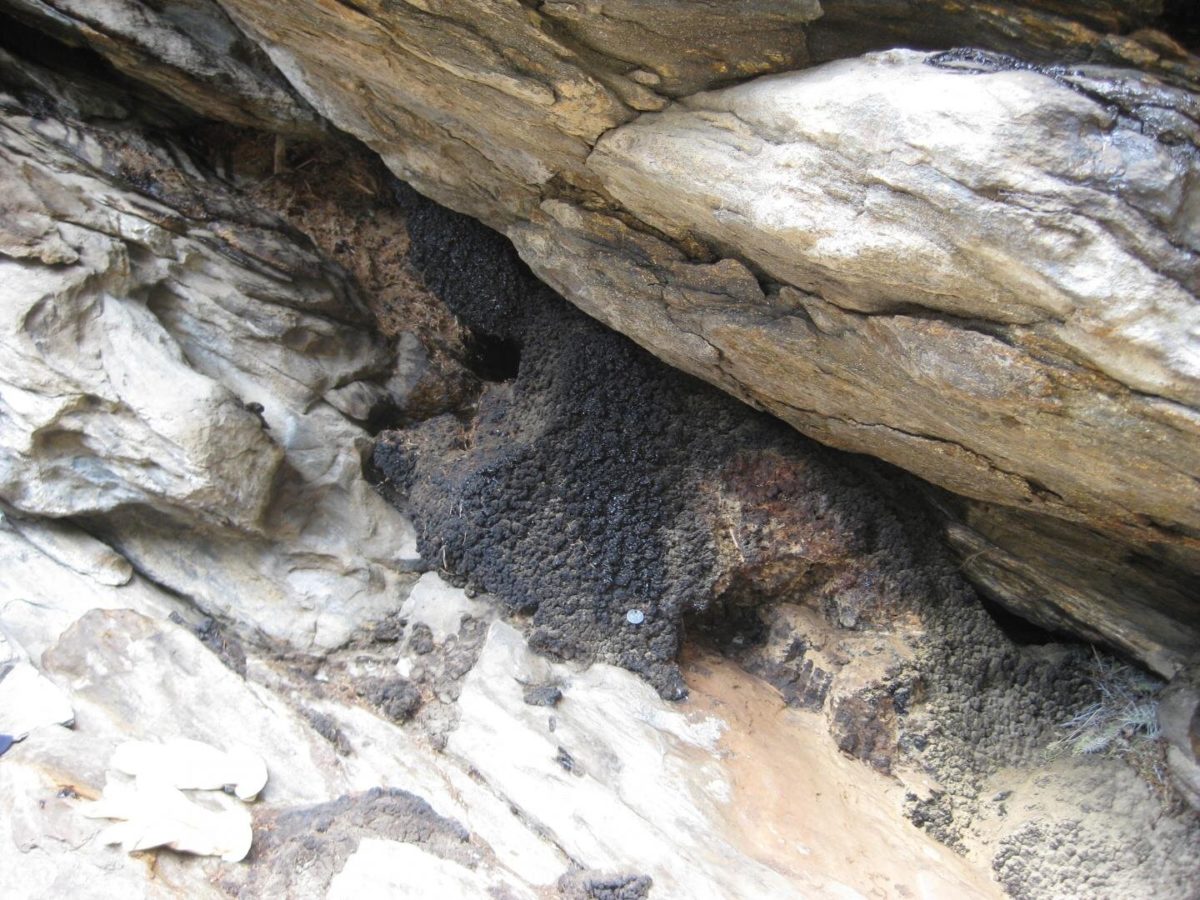 Published in the journal Ecology and Evolution, the study may pave the way for scientists to better understand how plant communities–and possibly animals, bacteria, and fungi as well–will respond to human-caused climate change.

“Rodent middens are powerful tools in paleoecology,” said Michael Tessler, a postdoctoral fellow at the American Museum of Natural History. “We wanted to see how we could take this invaluable resource and expand its use to give us a big-picture view of what life in the Americas was like 1,000, 10,000, or even 30,000 years ago, and measure how it has changed in the time since then.”

Packrats (Neotoma spp.) are long-tailed nocturnal rodents that create nests out of plant materials in dry caves and crevices. Their sticky, viscous urine helps the nests to bind together into a solid mass, capable of being preserved for tens of thousands of years–some nests even date to beyond the last ice age. These plant-rich deposits–called middens, which also can contain insects, bones, and other materials the packrats habitually collect–are found in arid parts of North America. Because the foraging range of these small rodents is limited, the contents of packrat middens represent the local environment at the time the material was gathered, providing clues about past climates and environments. Since 1960, more than 2,000 ancient packrat middens from western North America have been analyzed for fossil contents and archived.

“Midden contents are so well preserved that fragments of ancient DNA can be extracted and analyzed across millennia,” said Rob Harbert, an assistant professor at Stonehill College who conceived of this study when he was a postdoc at the Museum. “They have been used to identify an extinct ground sloth preserved in southern Argentina, tell us about the history of bighorn sheep in California, and provided evidence of papillomavirus infection in packrats over the last 27,000 years. Because of their dense distribution, fossil middens in the Americas offer the chance to genetically profile entire communities through time and space, but first, we need to improve the way we analyze data from these deposits–the principal aim of this study.”

The researchers analyzed ancient DNA from 25 packrat midden samples between 300 and 48,000 years old from the North American Packrat Midden Collection at the University of Arizona’s Tree Ring Laboratory. The samples come from two locations: City of Rocks National Reserve in south-central Idaho, and Guadalupe Canyon in Northern Baja California, Mexico. These two sites span the range of current climatic conditions across which North American packrat middens are preserved and have been studied.

The researchers explored the use of two next-generation sequencing techniques to compare the DNA: amplicon, during which the same gene is sequenced from every sample, and shotgun, which randomly selects DNA fragments to sequence. They decided to focus on the shotgun technique for this study, finding that packrat middens up to 32,000 years old contain recoverable DNA that is consistent with fossils found in these deposits. As expected, a large portion of this DNA is bacterial, but between 20-40 percent is classified as belonging to eukaryotic organisms–those whose cells have a nucleus–including plants like grasses, pines, junipers, daisies, and roses, as well as a small number of vertebrates, including insects and fungi. Viruses were also present in small quantities.

Although this study underscores the promise of deep DNA sequencing to illuminate previous ecosystems, a great deal of progress is required to make the work more accurate. Since shotgun sequences random fragments of DNA, it requires researchers to have a strong database they can use to match the sequences to an organism. If the data for that organism do not exist, scientists only get the closest match, or no match at all. Because of this, and DNA degradation, the researchers say that they were only able to definitively match the DNA fragments to the family level and were unable to match it to genus or species groupings.

“As the costs of DNA sequencing continue to decrease and computational power increases, the prospects for using this technique will greatly improve,” Harbert said. “Further investigation into the taxonomic composition of middens could refine our understanding of the timeline of past climate change, species migration, and extinction, and this will better inform the study of the effects of current and future climate change.”