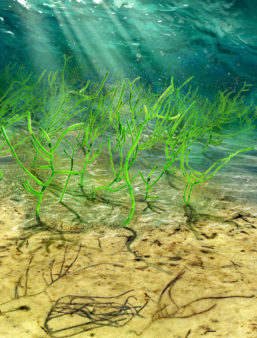 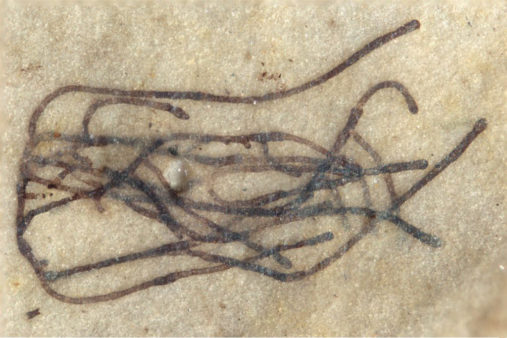 See all photos
In the background of this digital recreation, ancient microscopic green seaweed is seen living in the ocean 1 billion years ago. In the foreground is the same seaweed in the process of being fossilized far later. Image by Dinghua Yang.
- +
by Archaeology Newsroom
26 02 '20 12:20