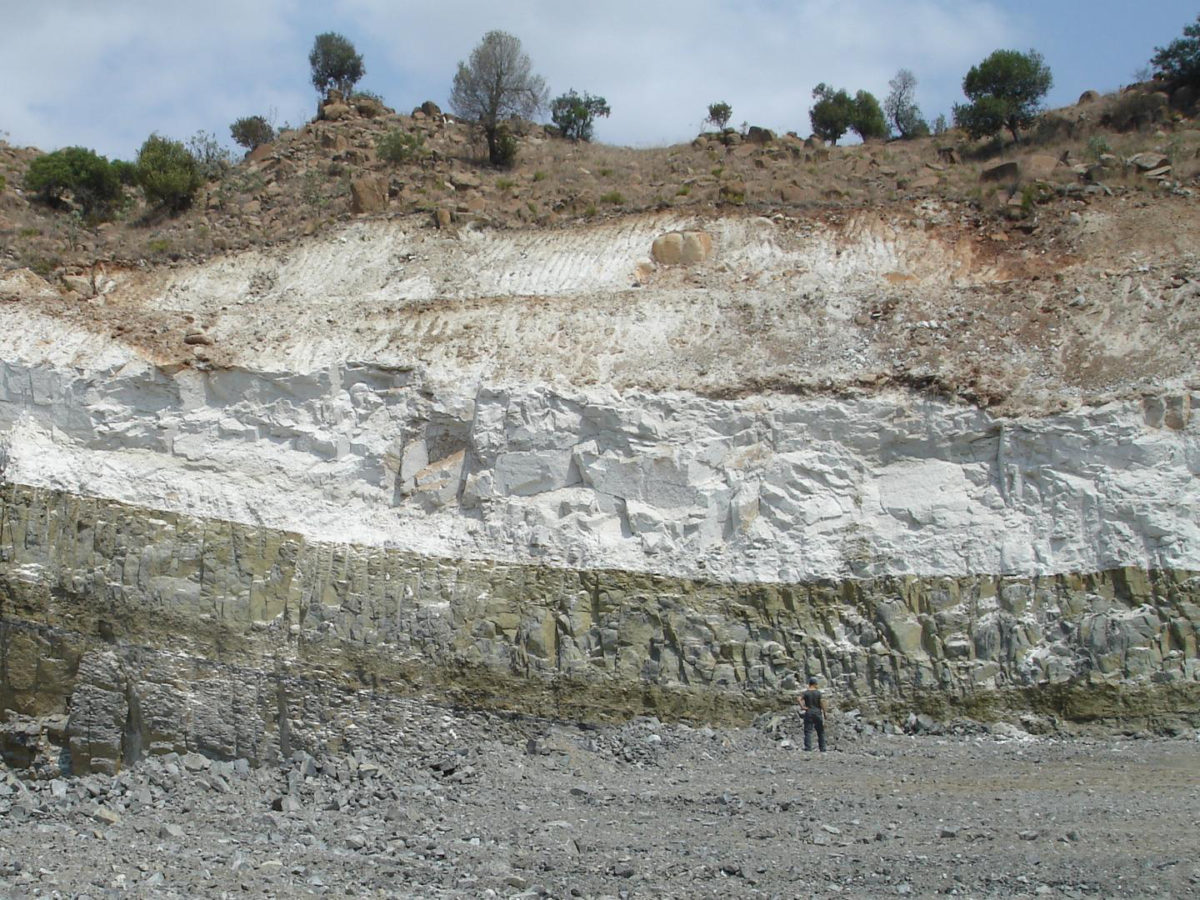 Secret of magmatic rocks consisting of only one mineral

Geologists from Wits University in Johannesburg, South Africa, have come up with an original explanation of how nature may produce an intriguing class of magmatic rocks that are made up of only one type of mineral.

The magmatic minerals are stored at great depth in the Earth and are delivered from there into the shallow intrusions close to the planet’s surface in the form of magmas — essentially hot liquids of molten minerals. On cooling, these magmas crystallise to form rocks that are commonly composed of several types of minerals.

However, some of these magmas crystallise into rocks that consist of only one mineral. A typical example is anorthosite – a magmatic rock that is made up of only one mineral called plagioclase – a component that is currently considered to be important for glass fibre manufacturing.

Anorthosites occur as very prominent, white-coloured layers in many layered intrusions worldwide and, in particular, are common for the famous platinum-rich Bushveld Complex in South Africa — the largest basaltic magma chamber in the Earth’s crust — in which these layers extend for hundreds of kilometres.

For years, geologists have been puzzling about how these remarkable layers of pure anorthosites are produced.

“There were many attempts to solve this issue involving various processes that operate within the shallow magma chambers, but they were not particularly successful,” says Professor Rais Latypov from the School of Geosciences at Wits University.

However, Latypov and his team have now found an elegant solution to this long-standing petrological puzzle.

“We took a radically different approach and started searching for a mechanism to generate melts saturated in plagioclase alone outside of the shallow magma chambers,” says Rais Latypov.

“We realised that some melts rising up from deep-seated magma chambers may become saturated in plagioclase alone. This happens in response to decompression as the melts ascend from the depth towards the Earth’s surface.” This research was published a paper in Scientific Reports.

When these magmas arrive into a shallow magma chamber and cool there, they may crystallise stratiform layers of pure plagioclase composition like the ones we observe in the Bushveld Complex.

Latypov and his team believe that their work represents a significant advance in the understanding of the Earth’s magmatic systems.

“This study provides a long-missing bridge between volcanology — where we mostly deal with the generation of melts and their ascent — and igneous petrology that mainly focuses on crystallisation of these melts within magma chambers,” says Latypov.

“We can now paint a much better picture of how some of Earth’s valuable minerals are derived from the Earth’s depth and deposited in the form of monomineralic layers in the shallow intrusions, thus making them much easier to access.”