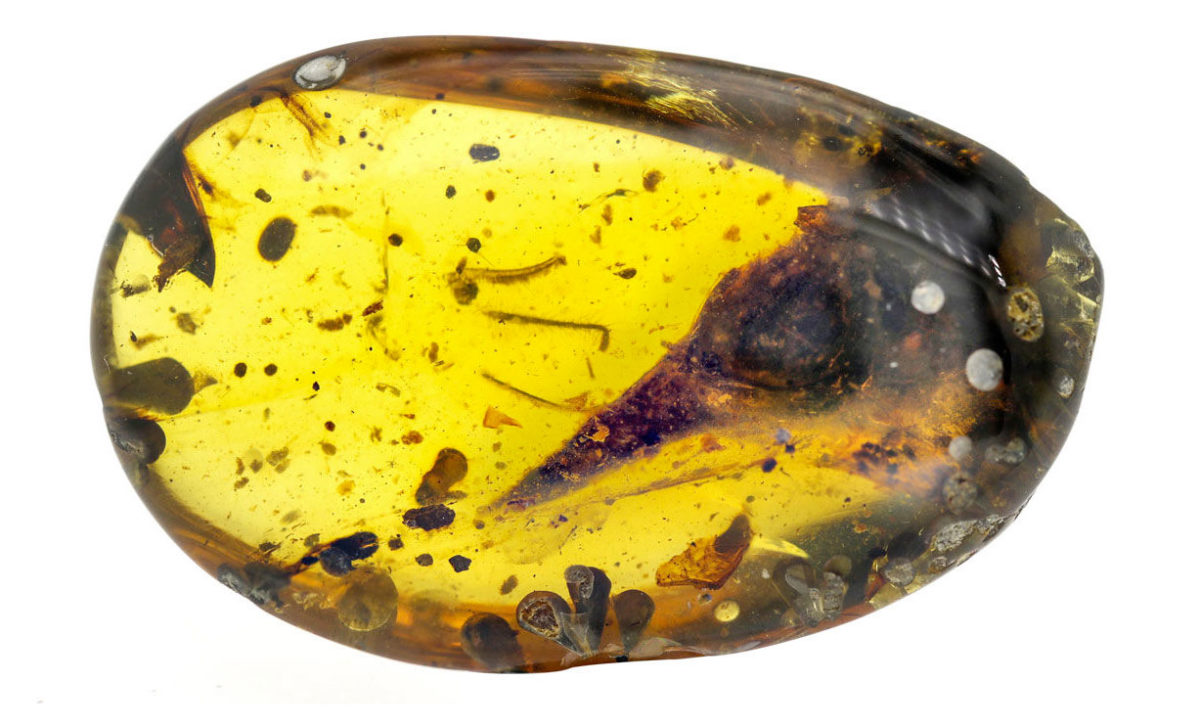 Hummingbird-sized dinosaur from the Cretaceous period of Myanmar

Skeletal inclusions in approximately 99-million-year-old amber from northern Myanmar provide unprecedented insights into the soft tissue and skeletal anatomy of minute fauna, which are not typically preserved in other depositional environments.

The well-preserved fossil of the miniature skull (1.5cm long) belongs to the smallest dinosaur found up to date, a creature which lived 99 million years ago.

The O. khaungraae specimen preserves features that hint at miniaturization constraints, including a unique pattern of cranial fusion and an autapomorphic ocular morphology that resembles the eyes of lizards. The conically arranged scleral ossicles define a small pupil, indicative of diurnal activity. Miniaturization most commonly arises in isolated environments, and the diminutive size of Oculudentavis is therefore consistent with previous suggestions that this amber formed on an island within the Trans-Tethyan arc.

The size and morphology of this species suggest a previously unknown bauplan, and a previously undetected ecology. This discovery highlights the potential of amber deposits to reveal the lowest limits of vertebrate body size.