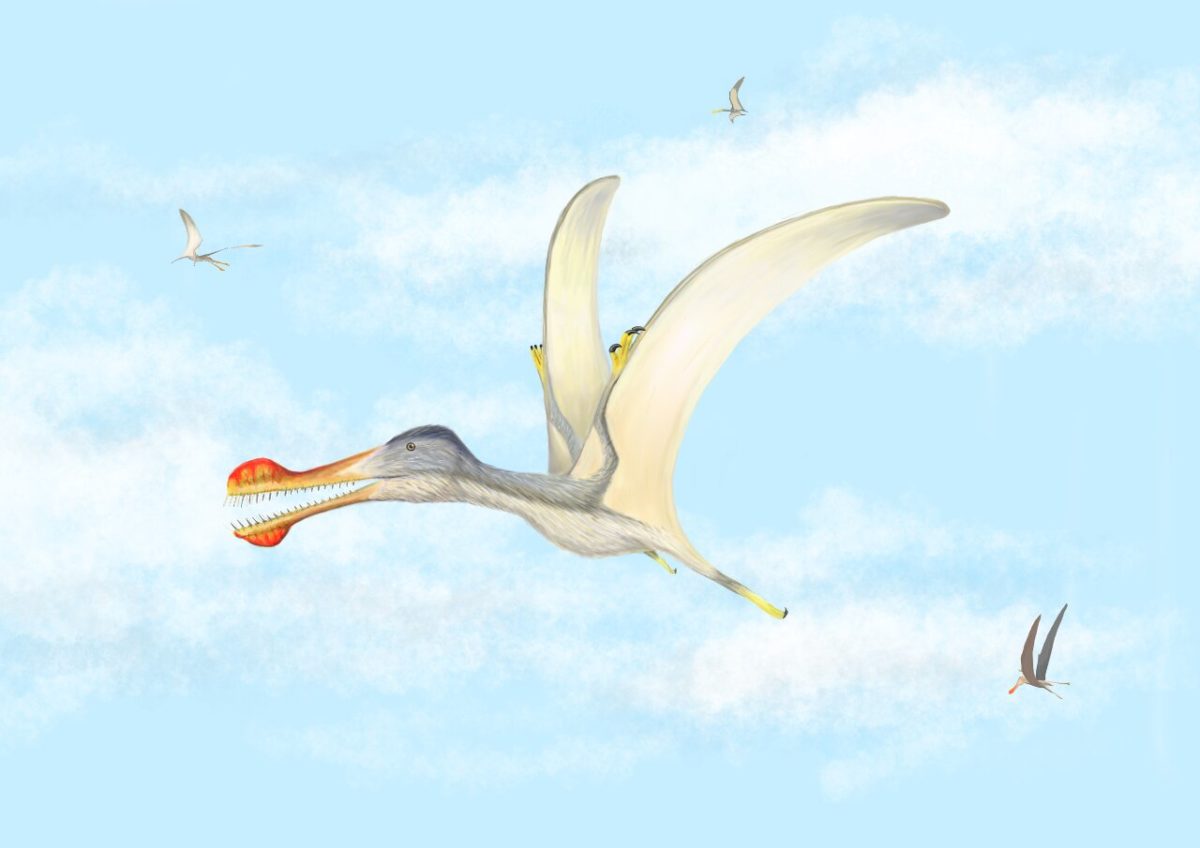 Clues about flying reptiles in the Sahara 100 million years ago

Specimens obtained from fossil miners in a small village of Morocco

Three new species of toothed pterosaurs ‒ flying reptiles of the Cretaceous period, some 100 million years ago ‒ have been identified in Africa by an international team of scientists led by Baylor University.

The pterosaurs, which soared above a world dominated by predators, formed part of an ancient river ecosystem in Africa that teemed with life including fish, crocodiles, turtles and several predatory dinosaurs.

“Pterosaur remains are very rare, with most known from Europe, South America and Asia. These new finds are very exciting and provide a window into the world of pterosaurs in Cretaceous Africa,” said lead author Megan L. Jacobs, a doctoral candidate in geosciences at Baylor University.

The study, published in the journal Cretaceous Research, is helping to uncover the poorly known evolutionary history of Africa during the time of the dinosaurs. The research finds that African pterosaurs were quite similar to those found on other continents. Their world included crocodile-like hunters and carnivorous dinosaurs, with few herbivores. Many predators, including the toothed pterosaurs, preyed on a superabundance of fish.

“For such large animals, they would have weighed very little,” Jacobs said. “Their wingspans were around 10 to 13 feet, with their bones almost paper-thin and full of air, very similar to birds. This allowed these awesome creatures to reach incredible sizes and still be able to take off and soar the skies.”

Pterosaurs snatched up their prey while on the wing, using a set of large spike-like teeth to grab. Large pterosaurs such as these would have been able to forage over hundreds of miles, with fossil evidence showing they flew between South America and Africa, similar to present-day birds such as condors and albatrosses, researchers said.

The specimens ‒ identified by researchers from chunks of jaws with teeth ‒ were obtained from fossil miners in a small village called Beggaa, just outside Erfoud in southeast Morocco. These villagers daily climb halfway up the side of a large escarpment, known as the Kem Kem beds, to a layer of a coarse sand, the most fossiliferous bed.

“They excavate everything they find, from teeth to bones to almost complete skeletons,” Jacobs said. “They then sell their finds to dealers and scientists who conduct fieldwork, ensuring the villagers make enough money to survive while we get new fossils to describe. These pterosaur fragments are unique and can be identified easily ‒ if you know what to look for.”

One of the species, Anhanguera, previously was only known to be from Brazil. Another, Ornithocheirus, had until now only been found in England and Middle Asia.

This year’s find brings to five the total of toothed pterosaurs whose remains have been found in the Kem Kem beds, with the first described in the 1990s and the second one last year, Jacobs said. The specimens will be part of an acquisition in a museum in Morocco.