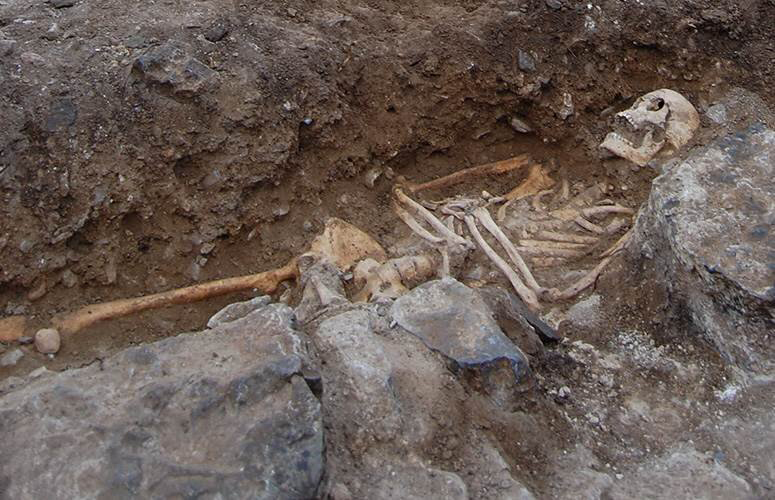 Rheumatic diseases, the cost of survival during the Little Ice Age

Did the climate change and resulting diseases influence human genetics?

A piece of research by the Human Evolutionary Biology Group at the UPV/EHU-University of the Basque Country provides clues about the prevalence of a certain genetic profile in the European population.

Between the 14th and 19th centuries there was a period of climate instability known as the Little Ice Age that mainly affected the northern hemisphere. This period saw an increase in storm activity and a fall in temperature of between 1º and 2º C, which, despite not being particularly severe, had devastating consequences. The mild climate throughout the previous centuries, which had brought about considerable population growth, turned into a harsher one that led to harvest failures and the death of animals; in short, hunger. And with the famines the health of the populations became weaker and diseases spread. It is sufficient to recall the Black Death pandemic that ravaged Europe in the 14th century resulting in the death of about one third of the population.

Did the climate change and resulting diseases influence human genetics? In today’s European population the mitochondrial DNA lineage, in other words, the genetic material that is transmitted via the matriline, is more frequently of the H haplogroup. Why is that?

The Human Evolutionary Biology Group of the UPV/EHU’s Faculty of Science and Technology has found items at the medieval site of San Miguel de Ereñozar that could help to explain this. 163 individuals were laid to rest in this burial ground in the Busturialdea-Urdaibai district of the province of Bizkaia dating between the 13th and 16th centuries, and 73% of them belong to the H haplogroup, a frequency that exceeds what is currently found in Europe.

“It had already been postulated in the literature that some mitochondrial lineages could be linked to various types of diseases and what is more, could display a differential behaviour with respect to the development of the diseases themselves,” explained Imanol Martín, who conducted the research as part of his thesis.  So the J and T haplogroups would protect against the development of osteoarthritis, while the H haplogroup would increase the risk of developing rheumatic diseases.

So the UPV/EHU researchers looked for traces of rheumatism in the skeletons of the 163 individuals buried at Ereñozar, and found them in 47 of them. And given that time has to elapse before rheumatic diseases leave traces in the bone, they selected the remains of another 43 adults in the burial ground over the age of 45 as a control group and analysed the various mitochondrial lineages. “Haplogroup H was more frequent among the individuals with rheumatic manifestations than in the control group, and likewise this mitochondrial haplogroup was the most frequent among the individuals affected by spondyloarthritis (group of inflammatory rheumatic diseases of the joints),” added Martín.

In a nutshell, the study confirms the link between rheumatic diseases and the haplogroup H and also provides clues to the high prevalence of this haplogroup in the European population: “In that period of food shortages the haplogroup H individuals had a selective advantage over those with other haplogroups, because H is more efficient when obtaining energy from the diet.” However, that highly efficient metabolism also generates the so-called reactive oxygen species (free radicals, oxygen ions, etc.) unleashing cell dysfunction and apoptosis, which in the long term leads to the degradation of cartilage and the development of diseases of a rheumatic type. Survival always comes at a price.

Imanol Martín (Bilbao, 2 September, 1988) is a graduate in Biology and is about to read his thesis in the Human Evolutionary Biology Group led by Prof Concepción de la Rúa. This group focusses on the analysis of the causes and origin of biological diversity in current human populations and develops two lines of research: palaeogenomics, which reconstructs human evolutionary history by analysing ancient DNA(aDNA), and the study of human phenotypic traits of evolutionary and biomedical interest and their involvement in a possible positive natural selection. Imanol Martín’s thesis and this specific piece of work fall within the framework of the second line.