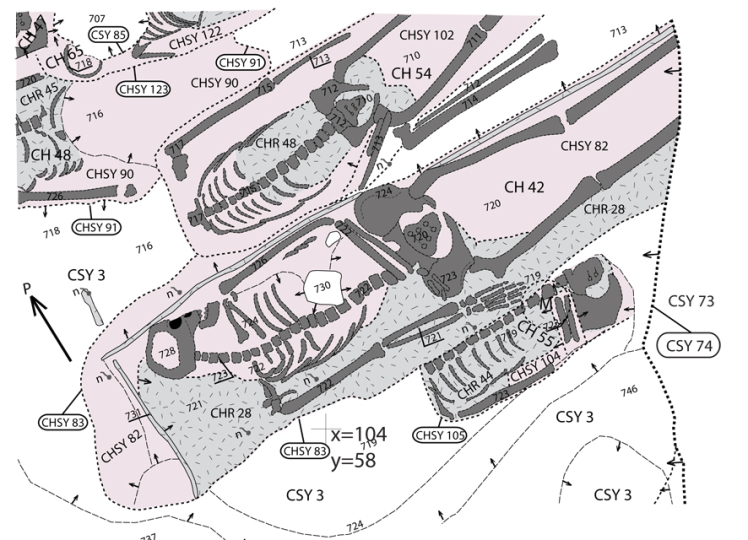 Examining the isotope compositions of the teeth of the dead

The medieval cemetery in Ii Hamina in northern Finland on the Iijoki river was originally discovered by accident. A recent study examined the isotope compositions of the teeth of the dead. It turned out that the population in the small village survived throughout the 15th and 16th centuries despite the Little Ice Age.

The cemetery at Ii Hamina was discovered in the course of pipe construction in 2009, after which archaeological excavation of the site began under Titta Kallio-Seppä. Based on the excavations, there are at least 290 people buried in the area.

Radiocarbon analyses and discovered objects suggest the cemetery was in use during the 15th and 16th centuries. During that time, Finland experienced a period of exceptionally low temperatures, known as the Little Ice Age.

The new study measured the hydrogen and carbon isotope composition from the collagen in the teeth of eleven individuals. The analysis of small partial samples of tooth bone reveal the kind of food the individual ate while alive.

Isotope composition shows researchers if the individual’s diet fluctuated, or if they experienced long-term physical stress such as hunger or illness. The isotopes reveal physiological stress, as stress factors such as poor nutrition change the isotope composition of hydrogen, which can be detected from the personal tooth archive of each individual.

The researchers only found such stress markers in one of the individuals, whose diet had been different from the others.

Based on the study, it seems that there was a way to survive in Ii Hamina, even though the climate during the centuries in question was colder than it is currently.

“Primarily, people would have a similar diet for years, from childhood to adulthood, with no surprising changes in the hydrogen isotope composition. This means that residents in the Iijoki region of the time had found a way to survive despite the cold climate,” says Researcher Maria Lahtinen from the Finnish Museum of Natural History Luomus, which is part of the University of Helsinki.

One individual displayed variation in the isotope composition that was potentially attributable to poor nutrition, but the diet of this individual was exceptional in many ways when compared to the other individuals being studied.