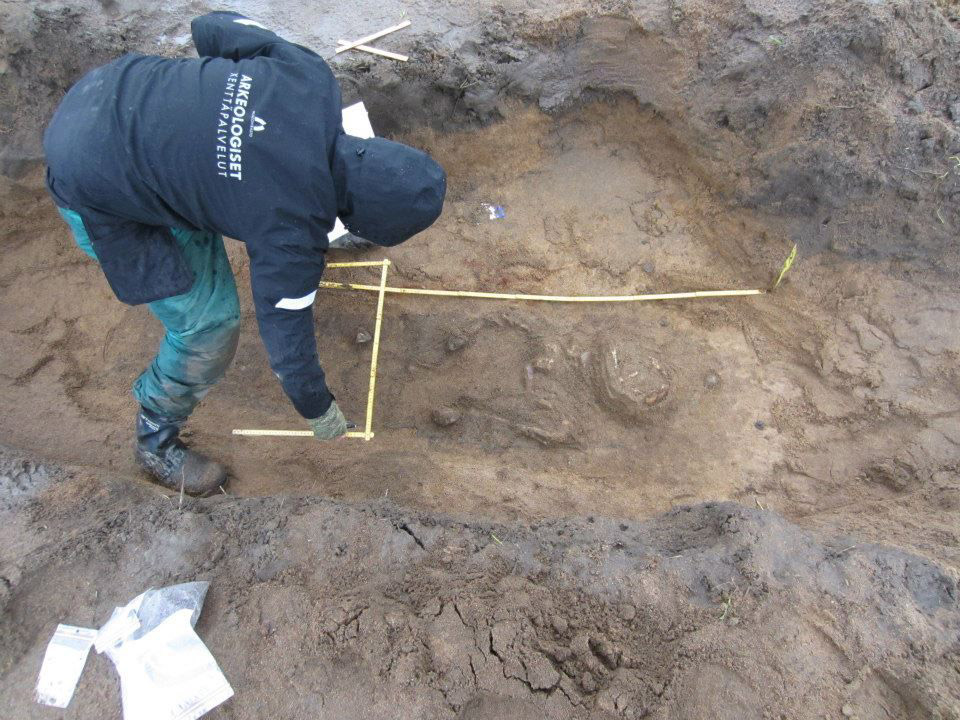 The well-preserved grave contained an uncharacteristically large 12th-century sword as well as what appeared to be a Viking-age blade that may have been part of a cremation ceremony.

The find was brought to light in a field in Hyvikkälä, Janakkala, which had showed signs of pre-historic settlement, by amateur metal detectorists  After uncovering a few minor objects, the metal detector picked up a spear tip and an axe blade. After some digging, the group discovered a broken sword. At this point, the hobbyists broke off their work to alert the National Board of Antiquities (NBA).

Upon further investigation the find turned out to be both rare and valuable. Researchers found a grave dating back to the Crusade-era 12th century. The cadaver had been extremely well preserved allowing researchers to use new techniques to harvest information that would not have been previously possible.

On top of all this, the deceased had two swords to accompany him on his journey into the afterlife. As a bonus puzzler, the swords originated from different historical periods.

“There were two swords, one on top of the other, the smaller of which was a Viking-era artifact. There is now speculation that it may have been in a fire. In other words, it may have been an heirloom that was in a cremation fire. So that’s a rare combination. It’s one of the longest swords in Finland, from the crusade or medieval era roughly,” said the NBA’s researcher Simo Vanhatalo, who led the dig last week.

In addition to the swords, an array of tools had been provided for the dead traveller, including a spearhead and an axe blade. The remains indicate that the dead adventurer was a strapping 180 cm tall man who also carried his own 120-cm sword dating back to the period of the Vikings or Crusades.

Researchers expect that further analysis will reveal the identity of what appears to be a nobleman who lived about one thousand years ago, including where he was born, and even what he had for his last supper.

“Now it’s possible to try these new forms of analysis. We have put out enquiries to try and find out where the man was from, where he came from, and whether he lived here, using DNA and isotope dating. And of course we can use regular radiocarbon dating to determine when he died. His head is still encased in sand and we haven’t touched it. We need to have experts to see that we do this right. This skull has been extraordinarily well-preserved, as well as parts of the torso, so we have lots of research material in terms of the skeletal structure,” Vanhatalo added.