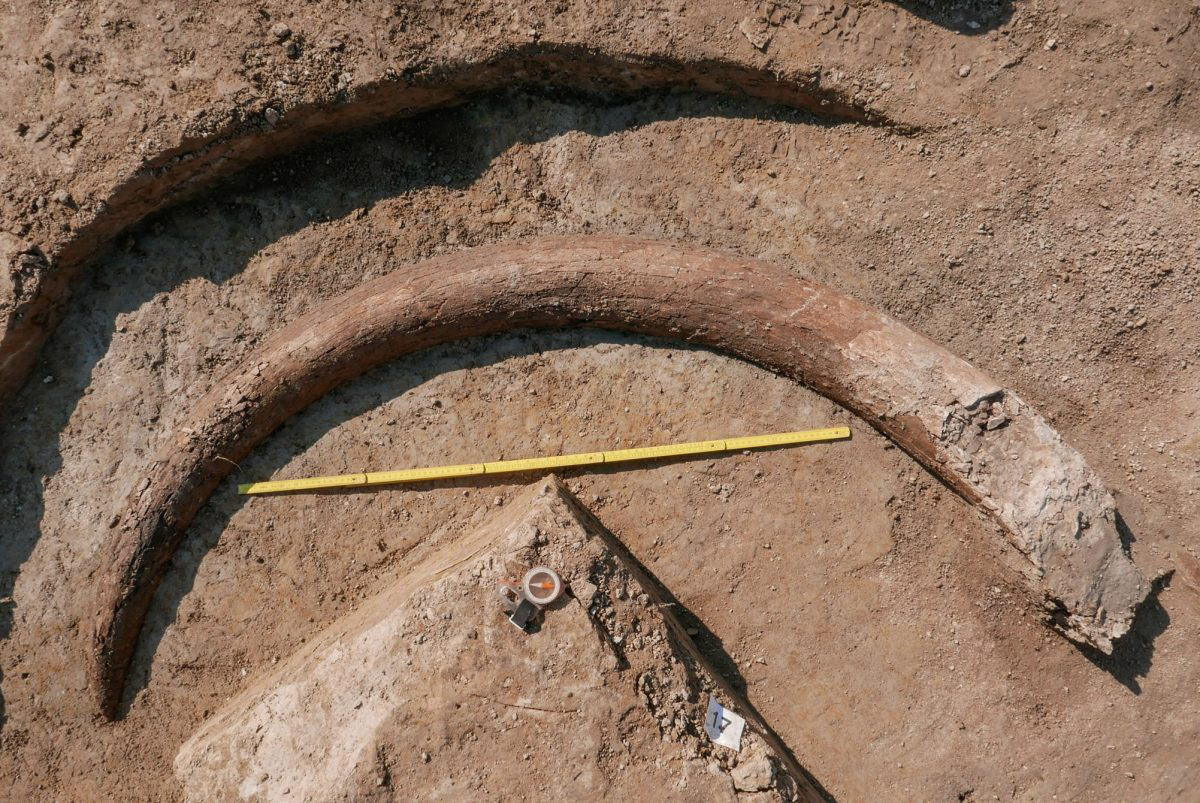 Archaeologists working in the Bavarian town of Riekofen have discovered a large mammoth tusk whilst carrying excavations works looking for the remains of settlements from the 15th century.

An analysis is yet to be undertaken to confirm the age of the prehistoric remains; however, mammoths were believed to go extinct in what is now Bavaria 20,000 years ago.

Measuring around 8.2 feet (2.45 metres) in length from tusk to tip tooth, the size suggests that the mammoth was an adult bull. Alongside the tusk, archaeologists also discovered a bone, measuring 70 by 30 centimetres.

Mammoths are a species of the extinct elephantid genus Mammuthus, one of the many genera that make up the order of trunked mammals called proboscideans. The various species of mammoth were commonly equipped with long, curved tusks and, in northern species, a covering of long hair. They lived from the Pliocene epoch (from around 5 million years ago) into the Holocene.

Palaeontologists assisted in the removal of the tusk, coating it in plaster strips to ensure it could be lifted without any loss of bone material. Conservators from the State Office of the Preservation of Monuments in Bavaria will be conducting the preservation of the remains by extracting any remaining moister to stabilise the tusk for display in the local museum.

“The tusk and bone was underwater for some time, which helped to preserve them. There used to be a bend in the Danube in this area, and the thick, wet soil applied constant pressure to the external layers of the tooth. Even when the dentin forming the structure inside the tusk cracked and fell apart, the outer layers remained intact. Had they been in dry soil and exposed to air, they would have disintegrated.”

The archaeologists also uncovered important evidence of early village history: a well, rubbish pits, remnants of a pit house as well as an oven and shards of pottery from the Middle Ages.

NOTES
1. Bavarian State Office for the Preservation of Monuments