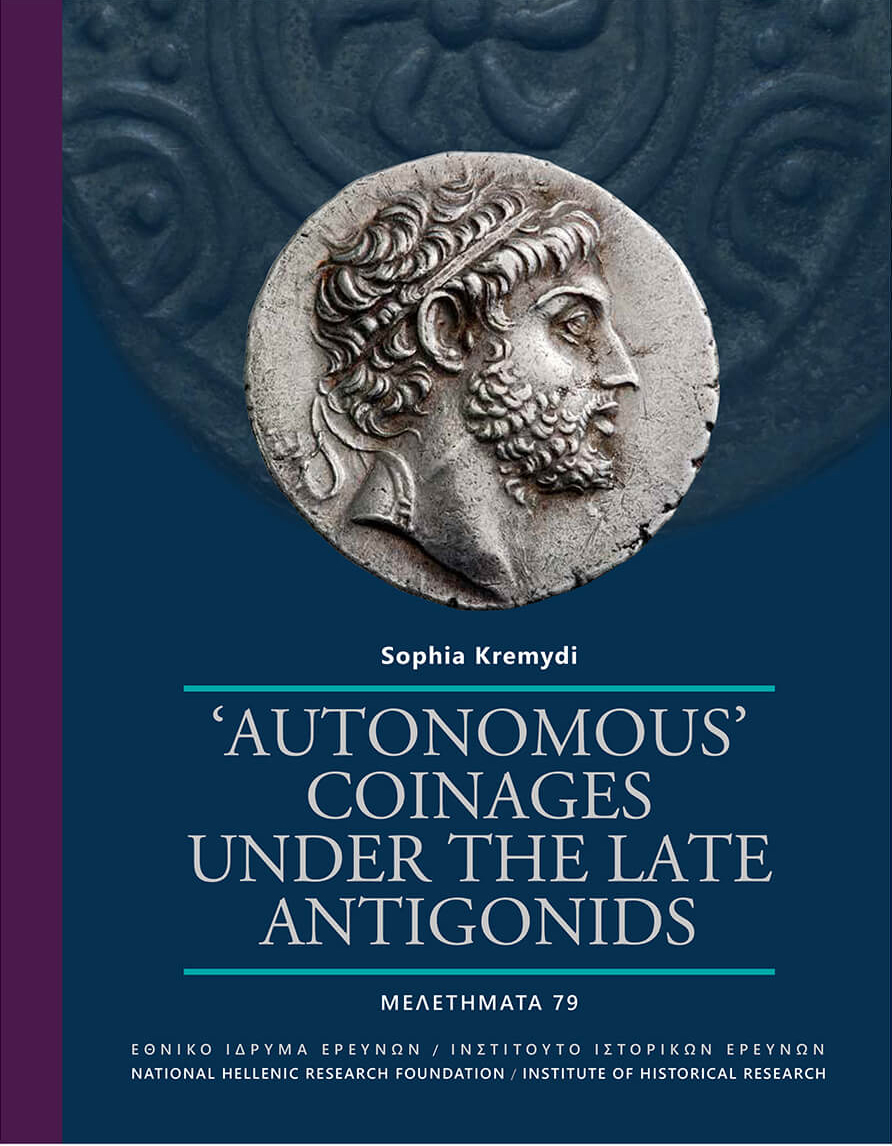 ‘Autonomous’ Coinages under the Late Antigonids

The monograph The ‘Autonomous’ Coins under the Late Antigonids is a systematic study of the silver and bronze issues of the Macedonians, the Botteatai and the Amphaxians, of people that resided in distinct areas of the Macedonian Kingdom, the so-called districts (merides). These are the only non-regal coins of the Macedonian state that were minted during the reigns of Philip V and Perseus, or even somewhat earlier. The present book discusses the relation of the ‘autonomous’ coins to the royal issues, studies their metrology, their presence in hoards and connects their iconography to its historical context. Finally, based on the re-examination of the material as well as on new evidence, the study revises earlier theories on the dating and interpretation of the ‘autonomous’ coins.