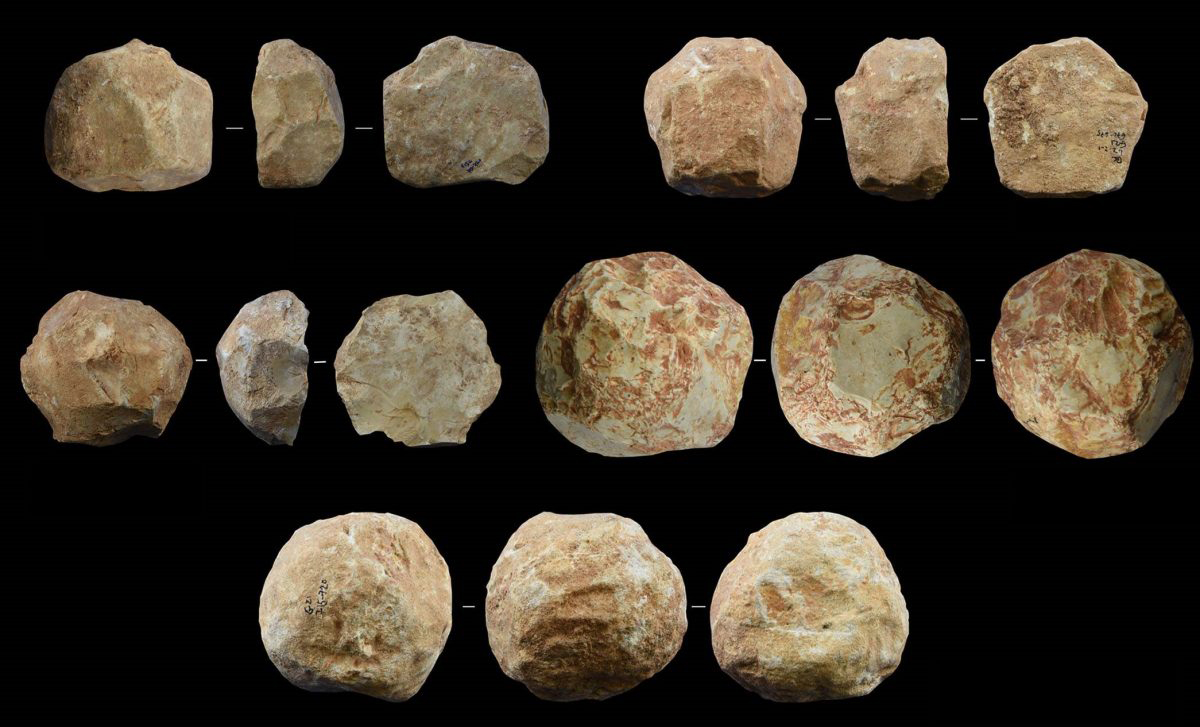 Study reveals one of the possible uses of spheroids 400,000 ago

In the Middle East

Researchers at the National Center for Research on Human Evolution (CENIEH) have participated in a study that proposes the possible uses of the spheroids or stone balls found in the site of the Lower Paleolithic of Qesem Cave, in Israel.

The study has applied a multidisciplinary approach that involves both a technological analysis of use, a study of the trace residues and experimental series of bone fracture.

The type of wear and the abundant bone and fat residues found in ten spheroids in the site suggest direct evidence of the use of these tools to crush fresh bones by percussion. The experimental results of the study also show that the morphology and characteristics of the replicas of the spheroids are adequate for the extraction of bone marrow, providing comfortable handles and useful active areas for repeated use.

Many of the artifacts analyzed have a visible patina indicating that their use in bone fracture in the Qesem site was subsequent to their configuration. The recycling of lithic pieces is a frequent activity in the site, and in this case in particular, it could suggest the collection of artifacts in other points of the territory, most likely in older sites within the Achelense complex of the Lower Paleolithic of the Levante, as already it has been previously documented in previous studies.

“The results of this work therefore refer only to the final phases of the life of these spherical artifacts, and not to their original function related to their configuration,” says Ruth Blasco.

The mystery of the stone balls

The presence of spheroids or stone balls has been documented for approximately 2 million years in many Lower Paleolithic sites in Africa, Asia and Europe. Its presence has at the same time attracted many researchers, since, despite the fact that many works have focused on its analysis, issues related to its typological definition, its shape, and possible functionality are still under debate today.

“The presence of spheroids in Qesem Cave with a chronology of between 200,000 and 400,000 years, represents the last appearance of this type of artifacts in the Lower Paleolithic of the Middle East and represents the end of a long tradition of more than two million years of its production and use ”, explains Ruth Blasco.

Currently, there are basically two opposing lines of interpretation. The first defends these balls as end products of a preconceived shaping process for use as throwing stones in the capture of animals or as tools to crush food. The second line interprets these elements not as predetermined tools but as by-products of previous specific technological or functional sequences: exhausted cores, hammers, etc.

“However, despite the intensity of the work focused on the spheroids, a consensus has not yet been reached on their purpose, and their role remains ambiguous,” says Ruth Blasco.