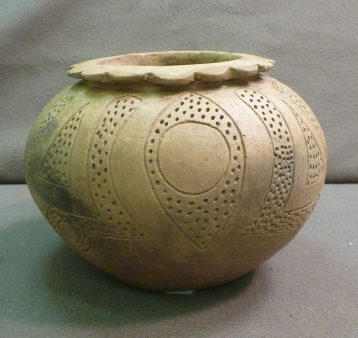 Out-of-towners flocked to ceremonial sites on Florida’s Gulf Coast for hundreds of years to socialize and feast. Crystal River was home to one of the most prominent sites, which featured shell mounds, a plaza and a burial ground with distinct ceramics known as Weeden Island pottery. Credit: Thomas J. Pluckhahn
- +
by Archaeology Newsroom
04 05 '20 09:24