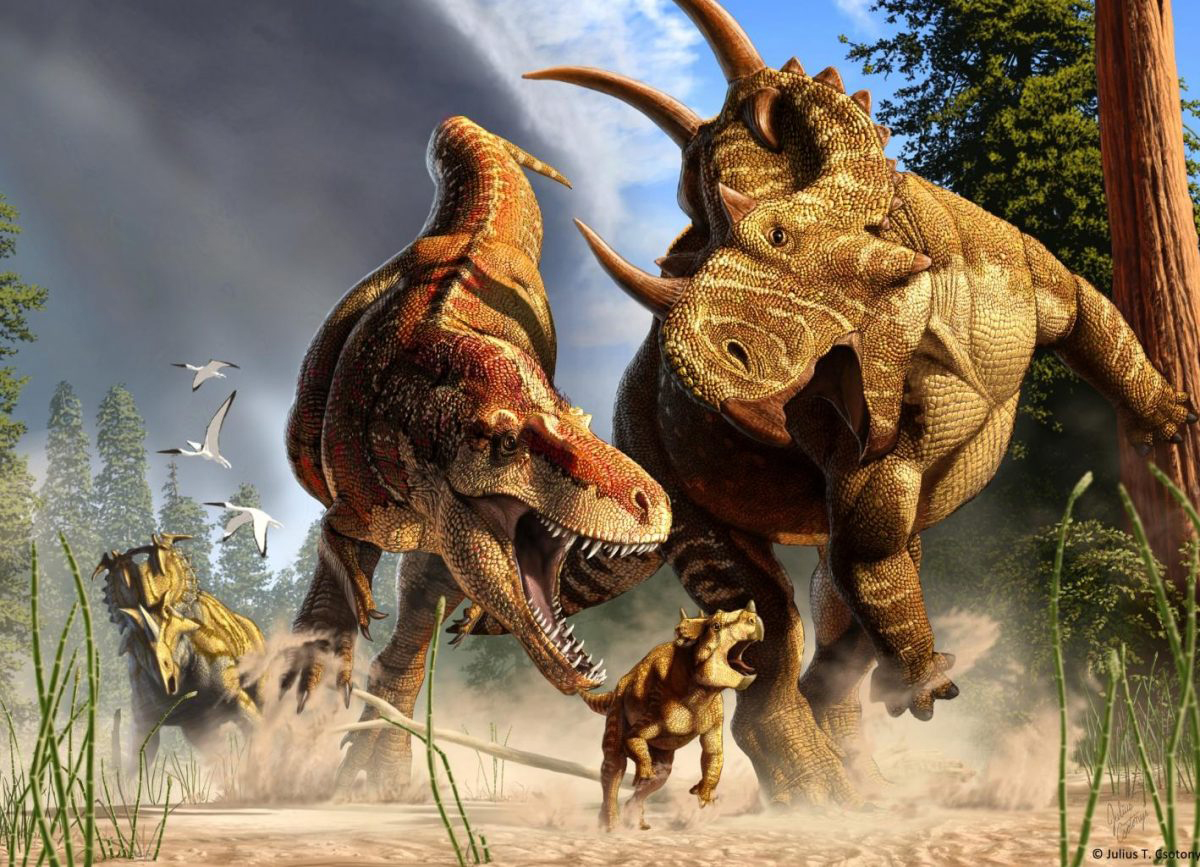 Tyrannosaurus leg length was built for efficiency, not speed

New study by the University of Maryland

Long legs may make good runners, but they’re great for walking, too. Scientists have generally assumed that long-limbed dinosaurs evolved their leggy proportions for speed to catch prey and avoid predators.

But a new study by the University of Maryland’s Thomas Holtz and his colleagues suggests that long legs evolved among the biggest dinosaurs to help them conserve energy and go the distance as they ambled along searching for prey. The study was published in the journal PLOS ONE on May 13, 2020.

“The assumption tends to be that animals with adaptations for running, such as long legs, are adapted for a higher maximum speed, but this paper shows that there’s more to running than top speed,” said Thomas Holtz, principal lecturer in the UMD Department of Geology. “When you’re a bigger animal, those adaptations may also be for endurance and efficiency. It may be about being a marathoner rather than a sprinter.”

Holtz and his colleagues analyzed a variety of metrics like limb proportions, size ratio, body mass and gaits to estimate the top speeds of more than 70 species from a group of dinosaurs called theropods. Theropods ranged in size from less than a half-pound to more than nine tons. They included Tyrannosaurus rex and the many other two-legged predators that dominated the age of dinosaurs for 180 million years. Bipedalism and running speed have often been cited as major contributors to their success.

The study revealed a more nuanced story. According to the new analysis, longer legs were associated with higher top speeds in small and medium-sized dinosaurs, but that didn’t hold true for dinosaurs weighing over 2,200 pounds. Scientists have known that larger body size can limit speed, and the study showed that large dinosaur species with longer legs were no faster than their stubby-limbed brethren. But they moved more efficiently.

By calculating how much energy each dinosaur expended while moving at walking speeds, the researchers found that among the largest dinosaurs, those with longer legs needed less energy to cruise around.

“That’s actually a very beneficial savings, because predators tend to spend a great deal of their time foraging, searching for prey,” Holtz said. “If you are burning less fuel during the foraging part of the day, that’s an energy savings that dinosaurs with shorter leg forms didn’t get.”

These results highlight the often-overlooked impact of body proportions on running ability and the limiting effect of large body size on running speed. Clearly, there are different kinds of runners. This work should broaden the discussion about what it means to be adapted for running.