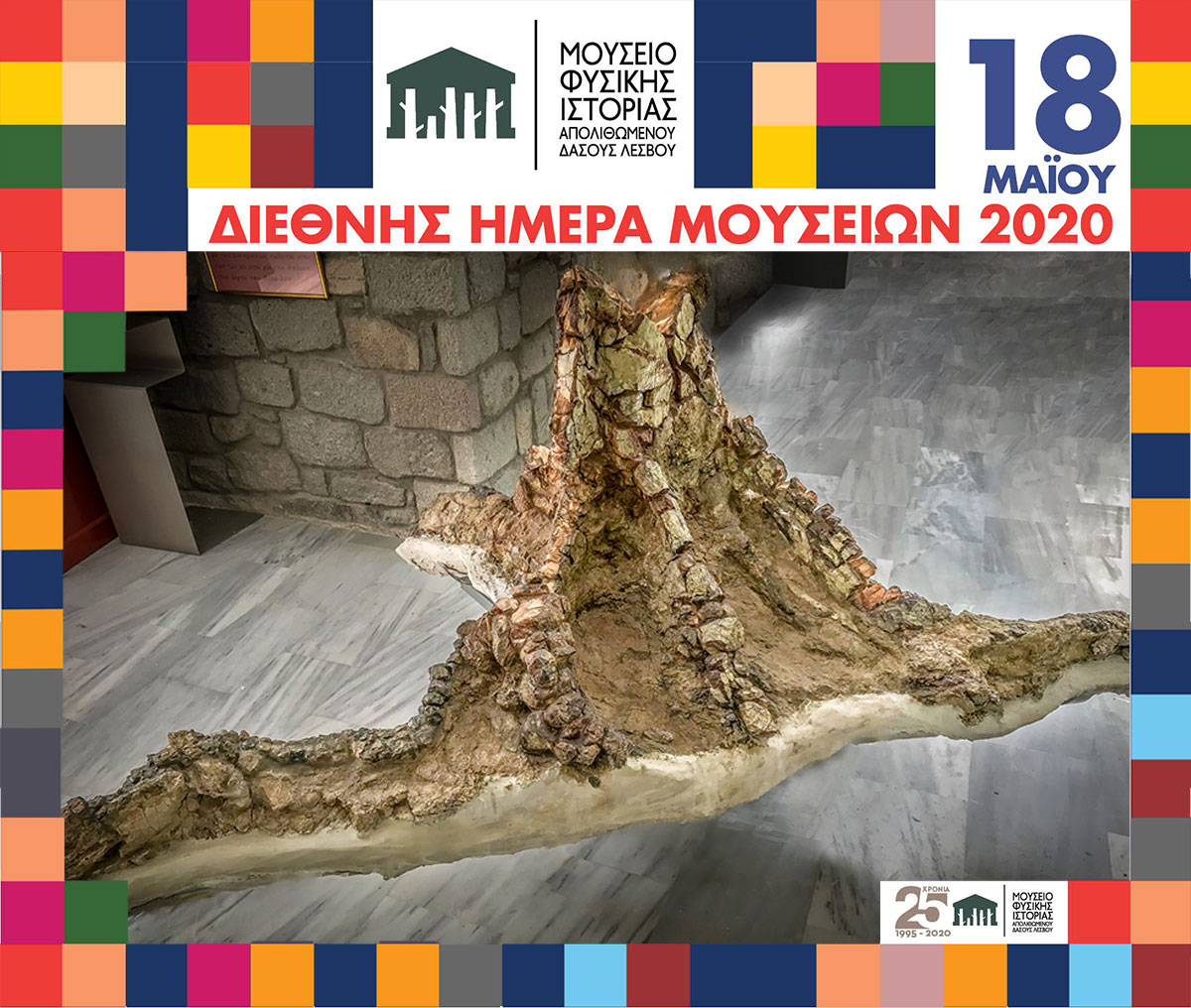 At the Natural History Museum of the Lesvos Petrified Forest

Ten days ago, the Museum of Natural History of the Petrified Forest of Lesvos began its new digital activity called “Unseen Evidence” by presenting the first such impressive “unseen evidence” that came to light during excavations.

As part of this activity, selected and annotated exhibits from the museum’s collections not previously seen by the public and unknown details from their excavation and conservation will be posted on the museum’s Facebook page every day till May 30.

The first such “unseen evidence” is the fossilized trunk of an 18 million year old subtropical fruit tree from the Petrified Forest of Lesvos. It is a unique museum exhibit of its kind as it maintains the tree’s root system intact.

It was discovered in 2015 during rescue excavations along the Kalloni-Sigri highway. It was in poor condition due both to its location very near the surface, and to the intense tectonic activity in the area. It was removed by using a special splint and conserved over almost four years in the museum’s laboratories with patience, perseverance and long hours of work. Ten days ago it was handed over to the public having been cleaned, conserved, joined together and reconstructed.

As director of the museum, Professor Nikos Zouros, said to the Athens and Macedonia News Agency/AMNA: “Along the Kalloni-Sigri highway crossing the region of the Petrified Forest in Western Lesvos, a large number of fossilized trunks including giant ones have been uncovered, conserved and preserved in situ during rescue excavations. This is the largest paleontological excavation in Greece. With the application of an innovative methodology and strict rules of conservation, thousands of fossilized sections of trees, twigs and leaves have been discovered, conserved, removed and are now form part of the museum’s collections”.