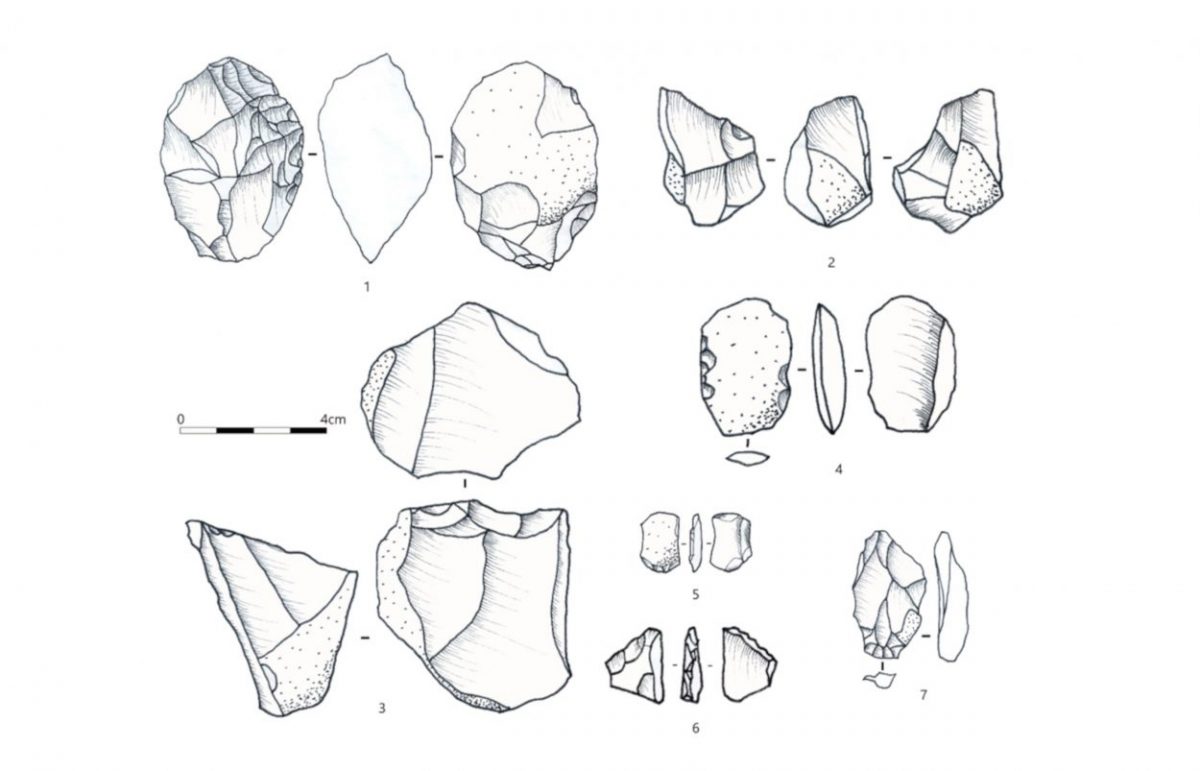 Marking the spread of humans across the continent

A wave of new technology in the Late Paleolithic had reached North China by around 41,000 years ago, according to a study in the open-access journal PLOS ONE by Fei Peng of the Minzu University of China, Beijing and colleagues.

Around 40,000 years ago, the Asian continent saw the spread of new forms of technology associated with what’s known as the Initial Upper Paleolithic. This change brought new blade technology along with symbolic materials such as beads and pendants, and it is thought to mark the spread of humans, possibly our own species Homo sapiens, across the continent. But the exact timing and route of this dispersal has been difficult to ascertain in past studies.

Shuidonggou is an archaeological site in North China that provides the southernmost examples of Initial Upper Paleolithic technology in North Asia. In this study, Peng and colleagues provide radiocarbon dates on 18 samples of charcoal and ostrich eggshell beads from multiple stratigraphic layers of Shuidonggou Locality 2. Their results indicate that this new wave of technology had reached this region by between 43,000 and 39,000 years ago, slightly later than dates recovered from more northern sites.

These results support previous hypotheses that the spread of this Initial Upper Paleolithic technology originated in the Altai region of Russia around 47,000 years ago before spreading eastward and southward across Asia. While more dating will be need to further constrain the timing of this event, this study importantly shows that, even in a region with unfavorable conditions for preserving datable materials, careful selection and treatment of samples can yield reliable results from multiple corroborating sources of data.

The authors add: “We carried out a systematical radiocarbon analysis of charcoal and ostrich eggshell samples obtained from 2014-2016 excavation throughout the whole sequence of Shuidonggou locality 2. Based on the Bayesian age modeling, two phases which is an early phases 43-35 cal kBP and a later phase 35-28 cal kBP were split. The result supports the interpretation that the blade technology appeared in this region by at least ~41ka.”