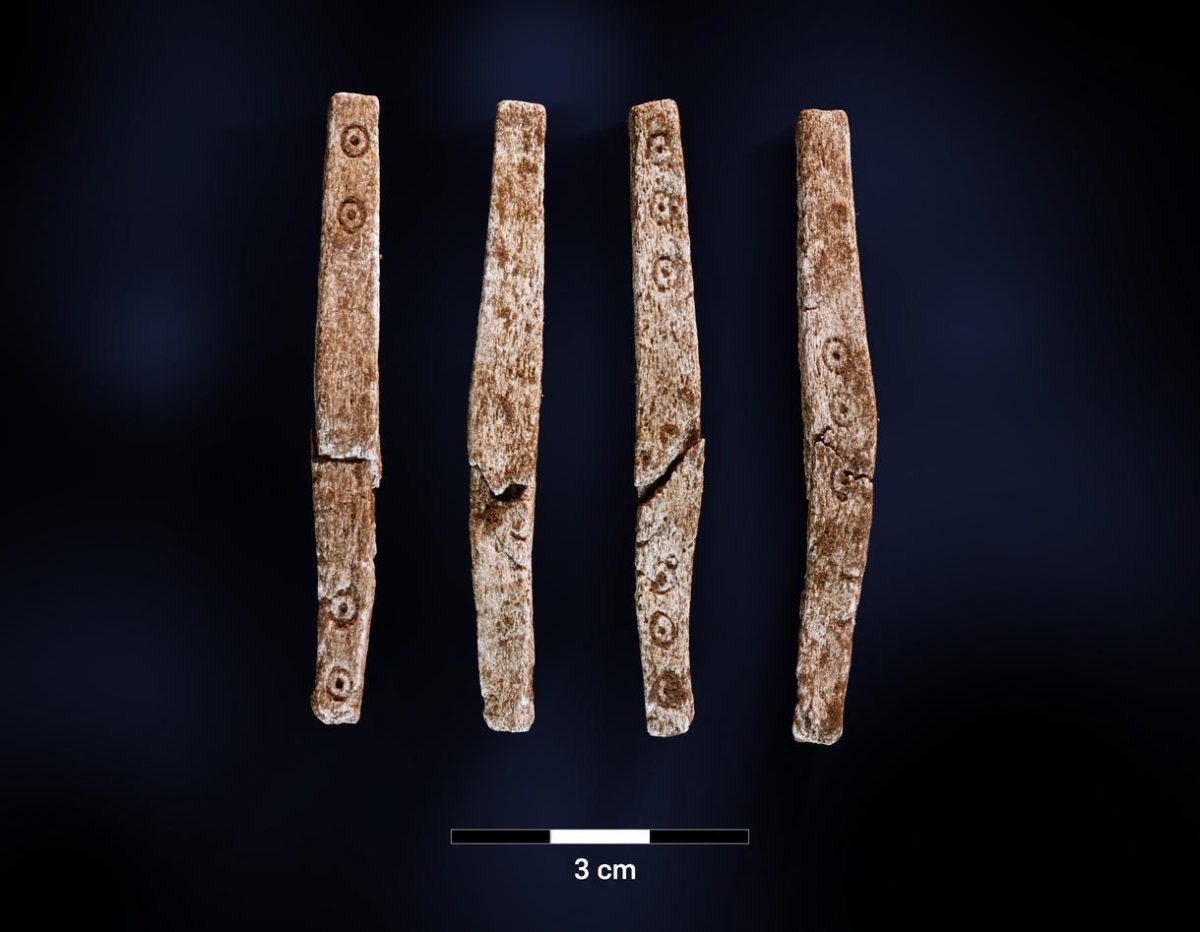 Among grave goods of a cremation burial

Archaeologists from the University Museum of Bergen have excavated a grave cairn in Western Norway and discovered several gaming pieces from the Roman Iron Age.

The Roman Iron Age is a period from AD 100-400 and is used to describe the hold that the Roman Empire had begun to exert on the Germanic tribes of Northern Europe in Denmark, Norway and Scandinavia.

During this period, there was an influx of trade between the northern tribes and the Roman Empire with the import of various high status items such as vessels, bronze images, glass items and weapons.

By the 5th-6th centuries, the Roman Empire was ransacked by the Germanic tribes, bringing an end to the Roman Iron Age and the start of the Germanic Iron Age (also called the Vendel Era or the Merovinger Age).

The excavation was conducted in April 2020 on a small cairn in the village of Ytre Fosse that overlooked an ancient shipping lane connected to the Nordvegen (which gave Norway it’s name).

The Cairn contained a cremation burial with several grave goods, including ceramic pots, burnt glass, a bronze pin and 18 rare gaming pieces with dice (similar to items found at Vimose in Denmark).

The gaming pieces were inspired by the Roman game ‘Ludus latrunculorum’ (a two-player strategy board game played throughout the Roman Empire. It is said to resemble chess or draughts but is generally accepted to be a game of military tactics) that possibly became the forerunner to games played during the Viking Age such as the board game Hnefatafl.

Morten Ramstad at the antiquities section of the University Museum in Bergen said: “These are status objects that testify to the contact with the Roman Empire, where they liked to enjoy themselves with board games. The game showed that you had the time, profits and ability to think strategically.”