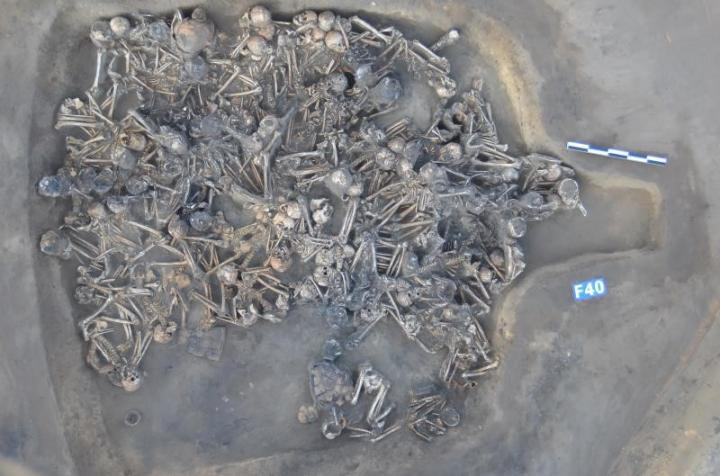 While recent advances in ancient DNA analysis have established the major patterns of prehistoric human migration in western Eurasia, the population history of eastern Eurasia remains little understood. Northern China is of particular importance, as it harboured two of the world’s earliest agricultural centres for millet farming: the Yellow and West Liao River basins. Both basins are famous for their rich archaeological cultures and their influence on nearby regions. However, little is known about their genetic interactions and how these affected the dispersal of millet farming over northern China and surrounding regions.

To tackle these questions, a team of researchers from the Max Planck Institute for the Science of Human History (MPI SHH) in Germany collaborated with geneticist Prof. Dr. Yinqiu Cui and her team at the School of Life Sciences at Jilin University in China. With joint forces, they were able to sequence 55 genomes from across northern China dating between 7,500 and 1,700 years ago, covering the Yellow River, West Liao River and Amur River regions. Their results add to discussions concerning the relationship between genetic contacts and subsistence change while providing the first comprehensive genetic overview of northern China.

Correlated changes of genes and subsistence

The researchers find that, contrary to the strong genetic continuity in the Amur basin, genetic profiles in the West Liao River region substantially changed over time. Yellow River, however, showed a general genetic stability but received genetic contribution from populations related to present-day groups in southern China since the middle Neolithic.

“Although the genetic changes in each region differ in timing and intensity, each shift is correlated with changes in subsistence strategy,” says lead author Chao Ning of the MPI SHH’s eurasia3angle team. “As we look backwards in time, an increase of Amur River affinity in West Liao River corresponds with the inclusion of a pastoral economy during the Bronze Age, prior to that, an increased Yellow River affinity in the same region is correlated with the intensification of millet farming in the late Neolithic. Finally, our earliest results show that an affinity of Yellow River to populations from southern China (e.g. from the Yangtze River basin) since the middle Neolithic is concordant with the northward dispersal of rice farming.”

Corresponding author Choongwon Jeong, formerly a geneticist on the eurasia3angle team now affiliated with Seoul National University in South Korea, puts the findings in perspective. “We realize that our current dataset needs ancient genomes from people who brought rice agriculture into northeast China, such as ancient farmers from the Shandong and Lower Yangtze River regions, but nevertheless our study is a major step forward in understanding how this region developed.”

“For me, as a linguist, our findings truly are an eye-opener,” says senior author Martine Robbeets, principal investigator of the eurasia3angle team. “As the West Liao River Basin is associated with the origin of the Transeurasian language family and the Yellow River Basin with the Sino-Tibetan family, our results fuel the debate on the historical correlation between archaeological cultures, languages and genes.”