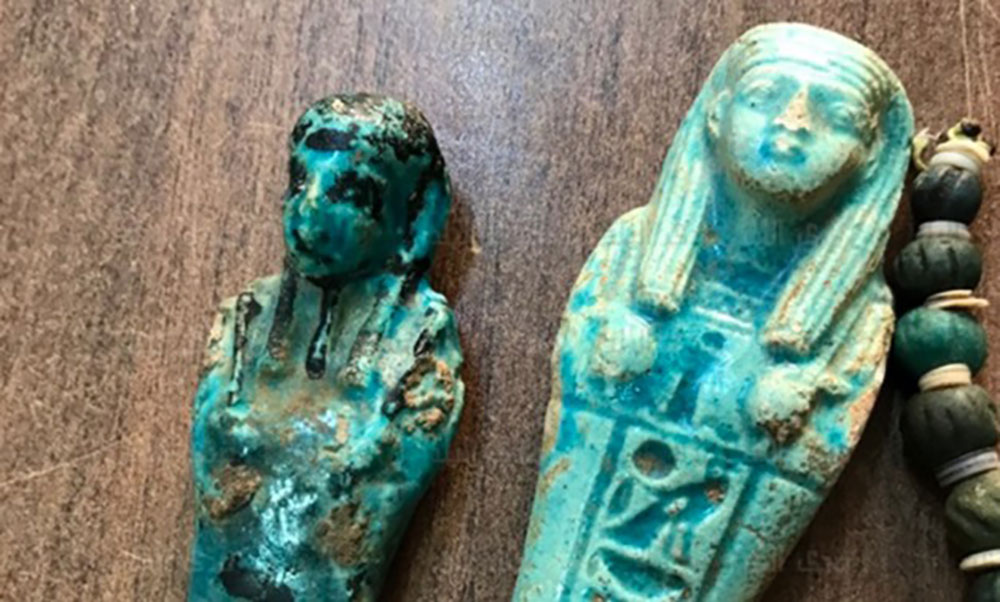 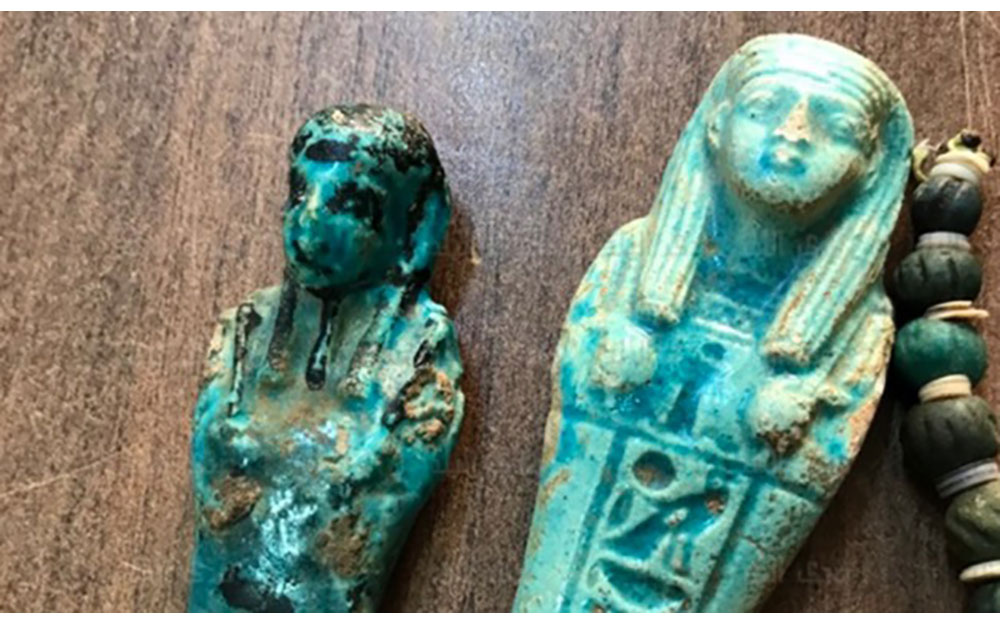 Authorities in Egypt have seized a number of antiquities kept illegally in a village home.

Necklaces, statues, scarabs, copper coins, as well as amulets of ancient Egyptian deities and sacred animals -all dating back to different eras. These are among the 376 antiquities found kept illegally by a 26-year-old man. Authorities located the objects in the man’s house in the village of Abu Basht, in Maghagha, Minya Governorate.

According to a report by Egypt Today, tourism and antiquities police authorities had been informed of a person who possessed “various antiques belonging to different ages”. Then, the Director of the Tourism and Antiquities Investigation Department Medhat Montaser delegated a special police task force who confirmed the information. Finally, the Public Prosecution was granted access to search the house of the individual.

In the house, the authorities located and seized:

– A black granite scarab with the title of King Tutankhamun.

– A 3-cm- tall Grecoroman limestone statue of a child.

– A 25-cm-tall wooden statue of the god Horus, dating to the Pharaonic period.

– A necklace in the form of a lion.

– A pendant and beads.

– 3 medium-sized clay lamps dating back to the Greco-Roman period.

– A 10-cm.-tall ushabti figurine, dating probably in the Late Period.

Authorities also arrested the individual,  26-year-old Law Degree holder Ahmed-F-H. The man is now kept in custody and is subject to further investigation.

Illegal antiquity dealing and antiquity looting is a longstanding problem in Egypt, despite illegal excavations have often been fatal for the people involved.

Also, research has shown that illegal archaeological activity does not, at any point, improve the living conditions of at least the poor succumbing to getting involved hoping for easy money.