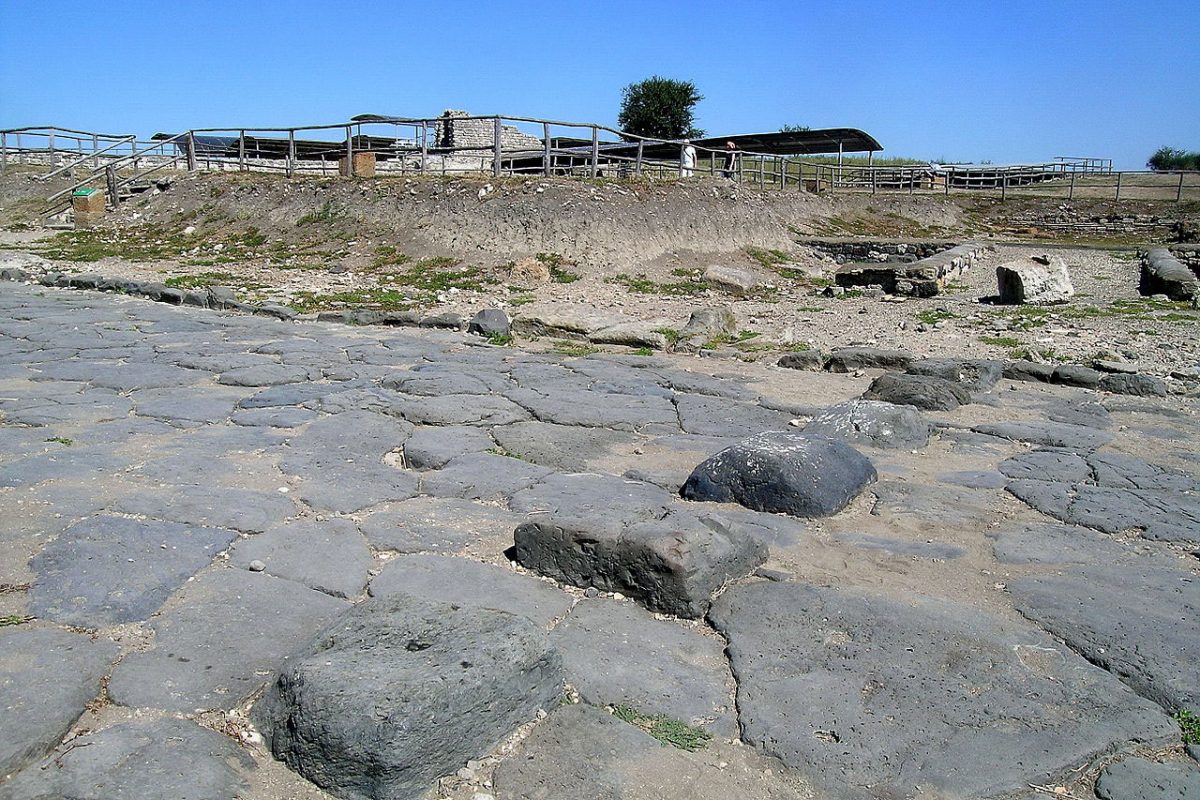 Etruscan tomb of a child excavated in Vulci, Italy

The deceased was accompanied by a rich funerary equipment

An Etruscan tomb hosting the burial of a child has been excavated in the Archaeological Park of Vulci, Italy.

With the Archaeological Park in Vulci open since May 18, the longstanding archaeological research in the Park’s Necropolis of Poggetto Mengarelli has also resumed. And these recently resumed archaeological works brought to light a tomb that had just escaped illegal excavation.

The funeral monument belongs to the shaft grave type and contained a stone sarcophagus made of red tufa. The lid, carved from a single block of stone, has the form of tortoiseshell.

Inside the sarcophagus, archaeologists located bones of the deceased interred there post-cremation, accompanied by rich funeral equipment.

Archaeologists identify the deceased with a young boy, taking account of the poor yet indicative skeletal material, as well as small personal items connected to male individuals, such as a short iron spear.

“He is a young member of the nascent Etruscan aristocracy of Vulci”, explains Carlo Casi, scientific director of the Vulci Foundation to ANSAmed. “This discovery allows us to reveal another small piece in the history of the first Etruscans of Vulci and beyond”.

Of the funerary equipment, the most important item is an amphora in figulina clay painted with geometric motifs (in the so-called Etruscan-geometric style), featuring two decorative miniature jugs (oinochoae) sculpted on its shoulder. Archaeologists compare this with an item from the so-called Tomb C of Mandrione di Cavalupo, now preserved in the Museum of the Badia di Vulci, and a crater, also from Vulci, now kept in the Louvre.

Also of significant archaeological importance is a situla also made of figulina clay and covered with a layer of red paint.

According to a report by Il Messaggero, the tomb also included a ridged ollae with its lid, ivory vases, bronze rings, and chains.

The tomb had been reused in the Hellenistic period (4th -2nd c. BC), as the remains of an adult individual were found on top of the oldest burial equipment.

The excavation is conducted by the Superintendency of Archeology, Fine Arts, and Landscape of southern Etruria in collaboration with the Vulci Foundation, the Municipality of Montalto di Castro and the Lazio Region.